Bitcoin (BTC) price is portraying a similar trend seen in April 2019, when BTC surged from $5,000s to $14,000 within two months. Based on the similarity of the price action, there is a possibility that the top-ranked cryptocurrency by market capitalization could gear toward a new local peak in the second half of 2020.

After a price drop right before the halving to $8,200 on May 11, BTC recovered swiftly to over $9,100 within a 48-hour span. It indicates the strength of the current momentum of BTC.

Fractals are typically accurate, especially when matched with strong narratives

A Bitcoin halving occurs once every four years. In the past 11 years, the block reward of the Bitcoin blockchain network halved three times. Each time a halving happened, it triggered a gain of over 2,500% in the following months.

A halving has a long-term effect on the price of Bitcoin because it is the only event or mechanism that can affect the new supply of BTC. Bitcoin replicating a price trend last seen in mid-2019 during the week of halving can be considered a positive short-term projection because it comes after a steep sell-the-news drop. 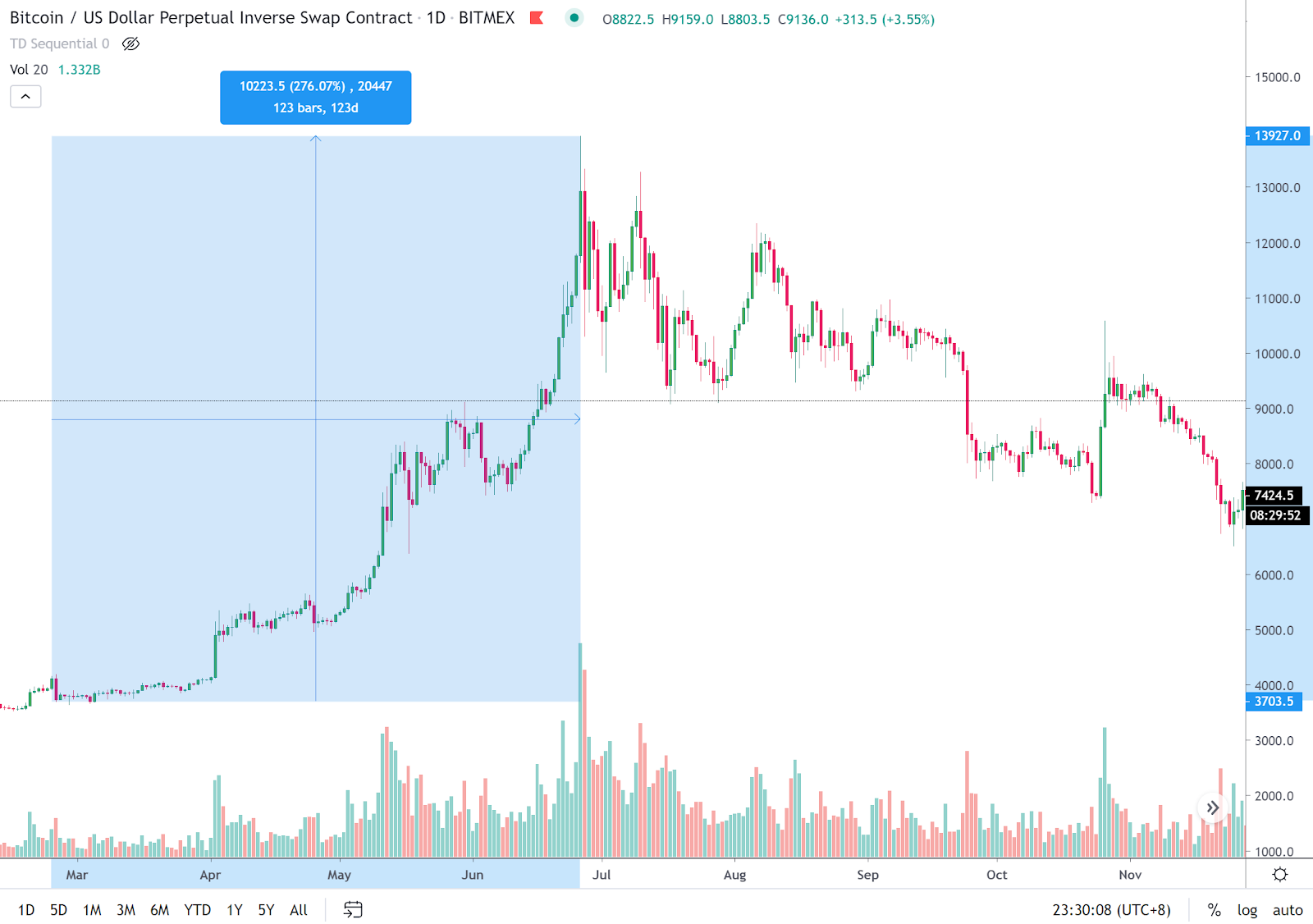 The price trend of Bitcoin in mid-2019. Source: Tradingview

The time period of the recovery and the price levels match the current price movement of Bitcoin.

In March 2020, BTC/USD started to recover from $3,600, primarily boosted by real retail demand coming from Coinbase. The exchange said at the time:

But beyond just a rush, two things are clear: customers of our retail brokerage were buyers during the drop, and Bitcoin was the clear favorite. Our customers typically buy 60% more than they sell but during the crash this jumped to 67%, taking advantage of market troughs and representing strong demand for crypto assets even during extreme volatility.

As record-high retail coincided with increasing institutional demand as seen in Grayscale’s Q1 2020 report, Bitcoin continued its rally. Eventually by the first week of May 2020, BTC rose to as high as $10,085 on BitMEX. 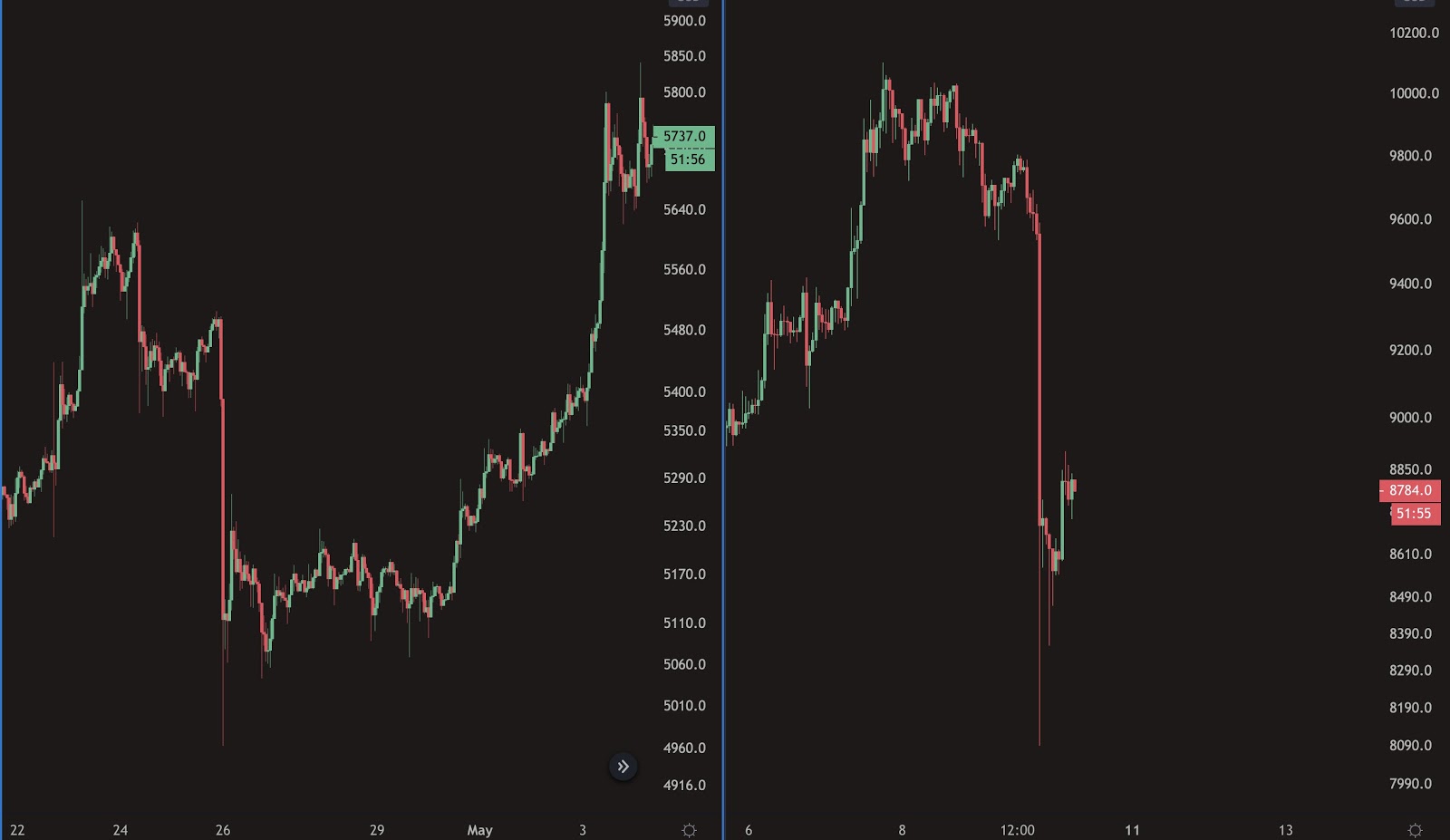 Bitcoin price trend is showing similarity with the fractal in April 2019. Source: PabloPicasso

Potential variable that can sustain the recent bitcoin rally

A strong argument that supports a continuation of the ongoing Bitcoin rally is the increasing spot volume alongside a steady network hash rate.

Unlike previous parabolic rallies, the run-up from $3,600 to $10,085 in the past two months was led by Binance, Coinbase and other spot exchanges.