The halving hits as commentators consider the increasing importance of fees for miners going forward, but price volatility lessens.

Bitcoin (BTC) returned to $9,000 on May 13 as new data revealed just how much money miners are losing after the third halving.

Data from Cointelegraph Markets and CoinMarketCap tracked BTC/USD as it rose to just take the $9,000 level once again on Wednesday after a two-day absence.

Support above the $8,000 range has yet to appear following the halving, itself preceded by a flash drop in the Bitcoin price which momentarily hit the 200-day moving average around $8,200. 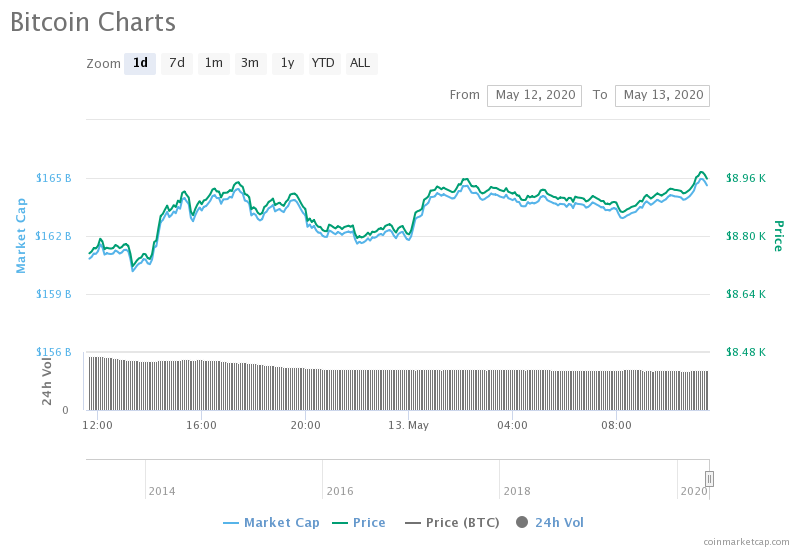 “Volatility draining down on $BTC, which suits altcoins as some are showing strength,” Cointelegraph analyst Michaël van de Poppe summarized.

The road to fee-driven financial security

Meanwhile, the impact of the event on miners became clearer as data confirmed that on May 12, revenue dropped by around 47%. 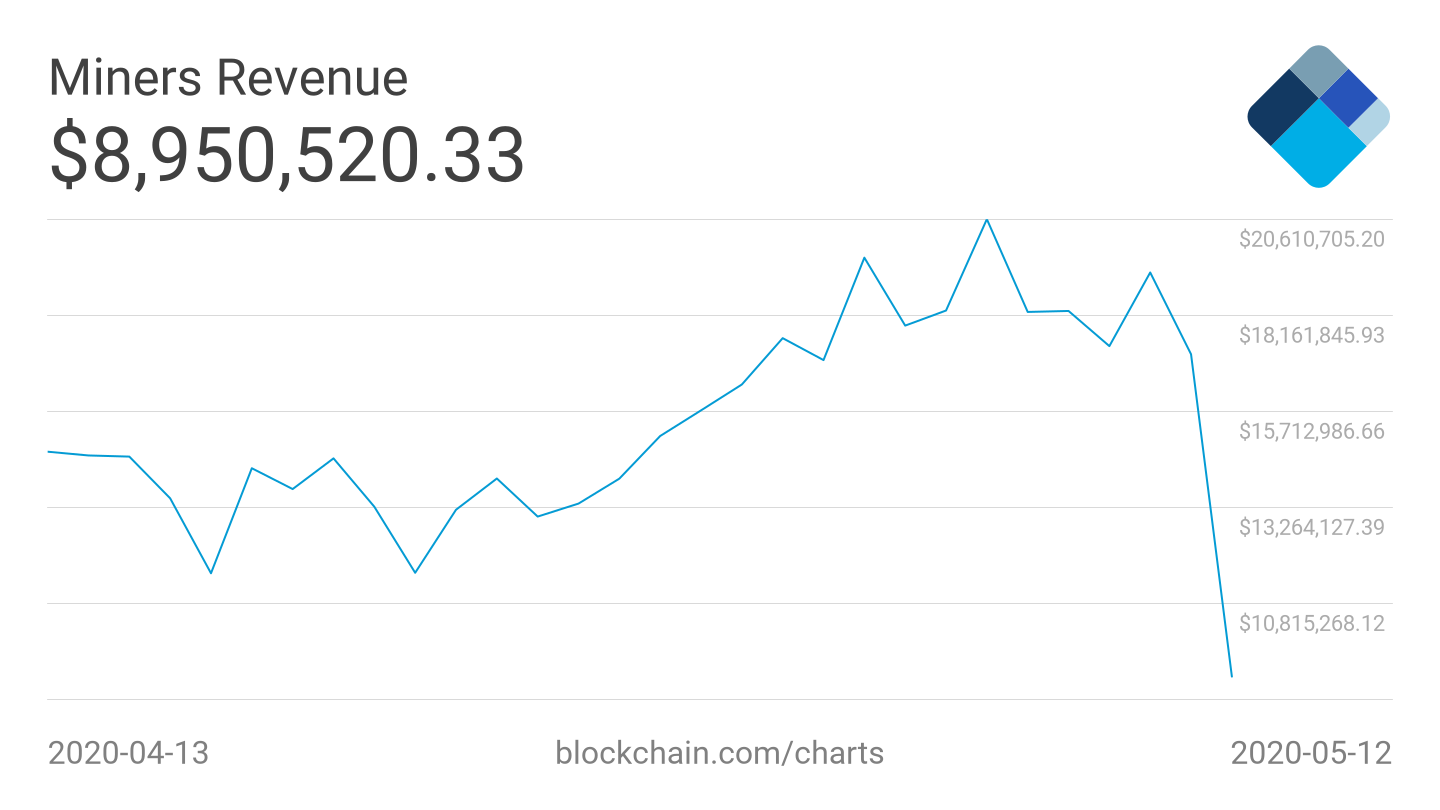 The first mining reward of #bitcoin's 4th epoch is 7.16 BTC (6.25 block subsidy + 0.91 in fees). That means 12.7% is made up of transaction fees. An indication of the brave new world of fee-based security we're venturing toward?

Consensus suggests that as time goes on, Bitcoin fees will have to rise to accommodate increased demand and the premium of verifiable secure financial transactions.

At present, fees as a percentage of payouts to miners are still far from the levels seen even at last year’s price highs of $13,800, as the overall number of transactions is lower.