Bitcoin price surged by 10 percent in 24 hours, but three factors suggest that the rally itself may be a fakeout.

The Bitcoin price increased by more than 10% in a 24-hour span, rising from $7,020 to $7,770 on both spot and futures exchanges. But, BTC is showing all three signs that the upsurge was a bull trap.

Negative futures funding rate before the rally, altcoins failing to front-run Bitcoin, and the BTC price running into a multi-year resistance level all point toward the recent price spike being a fakeout.

On Binance Futures, the funding rate of Bitcoin dropped to as low as -0.03% prior to the abrupt increase in price. 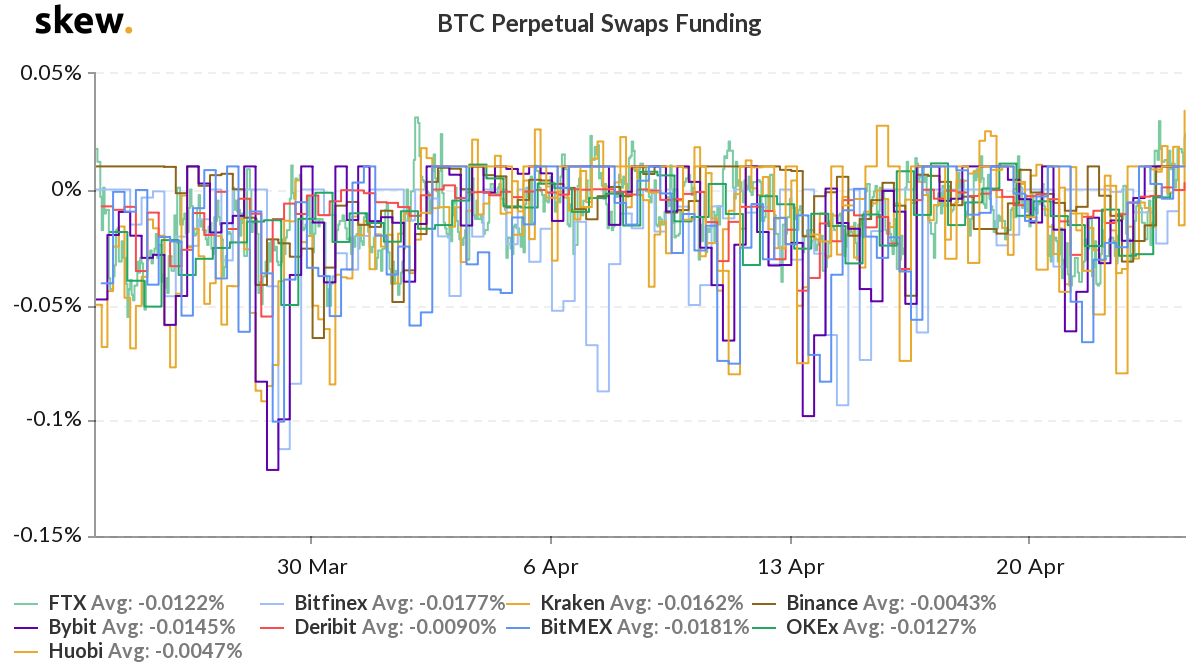 When the Bitcoin price started to increase and the funding rate remained negative on April 23, it created an unfavorable environment for sellers, as they were paying a part of their positions while the value of their trades was swiftly declining.

That forced short holders to close or adjust their positions, adding to the already rising buying demand in a short period of time. It ultimately converted into a short squeeze, liquidating $79 million worth of shorts on BitMEX alone.

A short squeeze was expected due to the negative funding rate, but the momentum of the rally dwindled quickly, raising skepticism towards the strength of the upside move.

Altcoins are not rallying in tandem

Typically, in an extended and sustainable Bitcoin rally, major alternative cryptocurrencies in the likes of Ether (ETH) and XRP tend to rise in tandem with BTC, frontrunning it at times.

The lack of high volatility in the altcoin market amidst a Bitcoin uptrend indicates that there are not many buyers in the cryptocurrency market willing to take additional risks in the short-term.

BTC finds itself at a multi-year resistance area

The spike in the Bitcoin price came to a halt at $7,770, a level that has acted as a resistance level since early 2018. 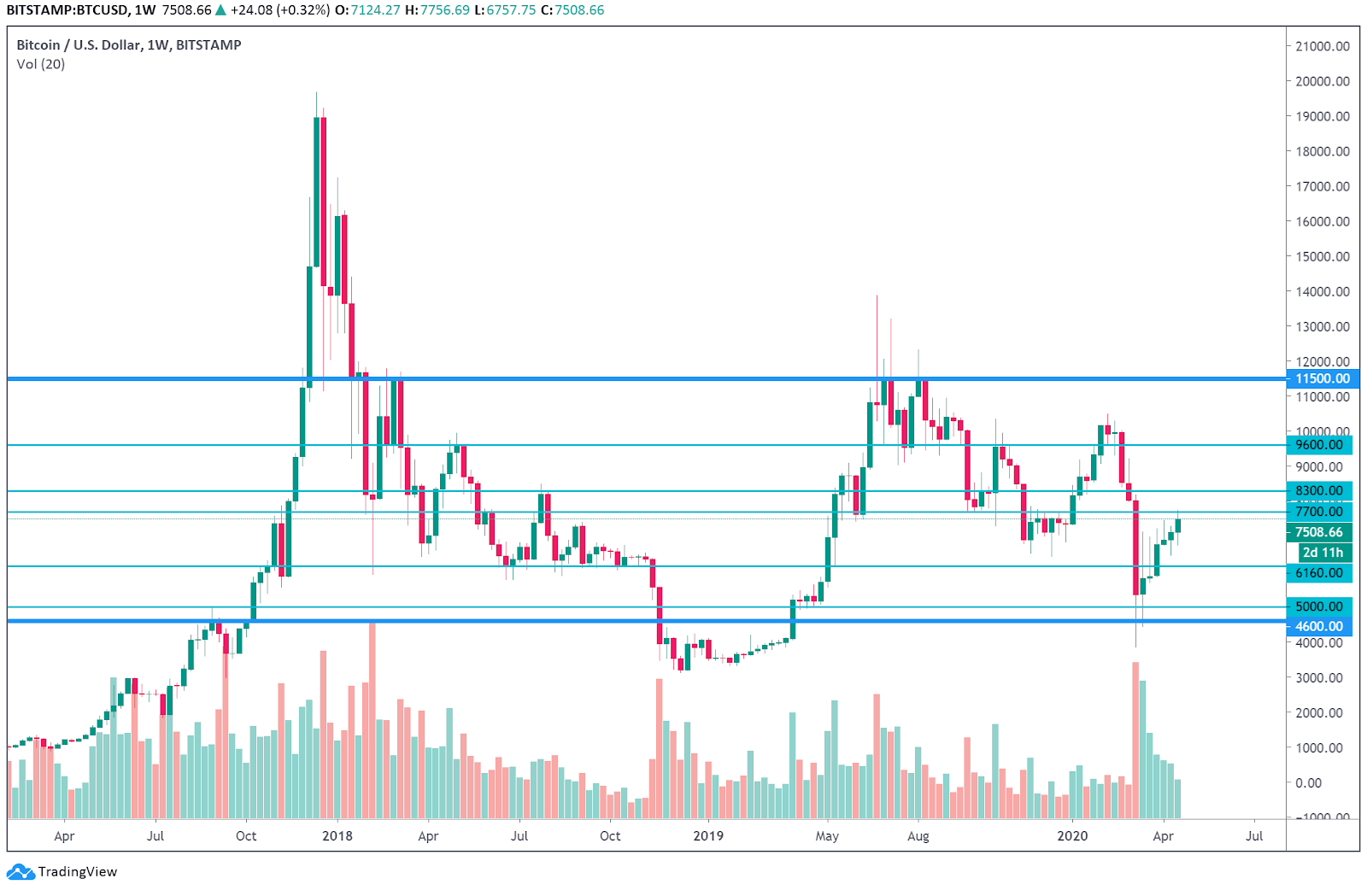 With $7,900 and $8,000 being historically important simple moving average (SMA) resistance levels, it is highly improbable that BTC breaks both levels at once without any rejection, which may cause a steep downtrend following the halving in mid-May.

One variable, however, is that April through July have consistently been strong months for Bitcoin throughout the past several years and the upcoming halving falls into the three-month range.