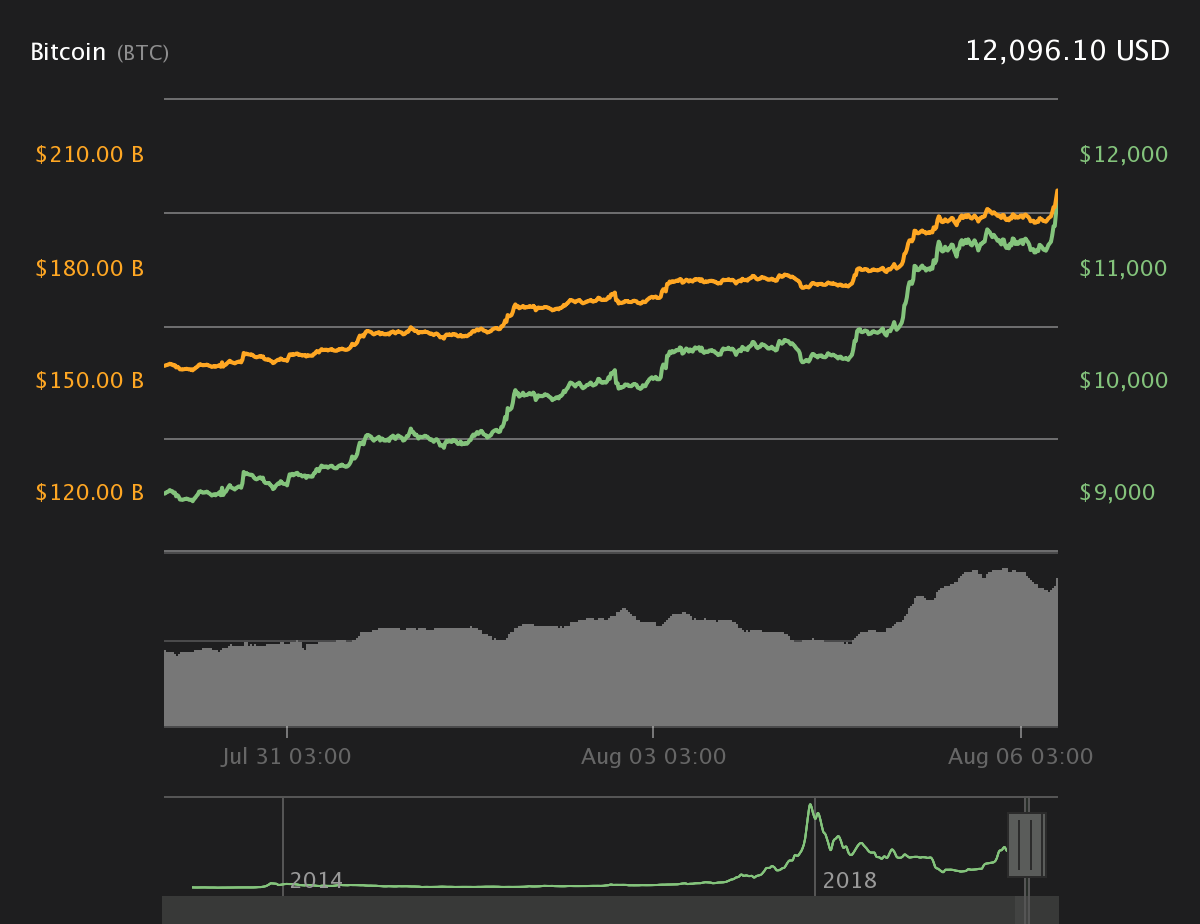 The pair is now trading at its highest since July 11, and comes amid continuing tensions in the trade war which began between China and the United States.

Combined with unrest in Hong Kong and the U.S. designating China a currency manipulator this week, pressure on stock markets coincided with Bitcoin surging over the weekend.

As Cointelegraph reported, the bullish uptick overturned several weeks of bearish sentiment, which followed regulatory scrutiny of cryptocurrency by Washington.

Now, traders returned to pity altcoin investors, who have spent the majority of Bitcoin’s comeback year waiting in the wings for a rally which never materialized.

“Bad news for majority of alts, some will go up in USD but majority outperformed by BTC,” regular analyst and trader Josh Rager summarized Tuesday.

He added that Bitcoin’s market cap dominance, currently at 68.4% and at a more than two-year high, might never return to its 2018 all-time lows of 35%.