Around this time last week, the situation was looking increasingly dire for Bitcoin (BTC) and murmurs of a drop to $6,000 and even $3,000 began to circulate amongst traders. Even today there are still those that consider this a real possibility and perhaps it is. For the moment, Bitcoin appears to have stabilized and traders are hopeful that a strong move to $8,500 will occur over the coming days.

Where are we going? 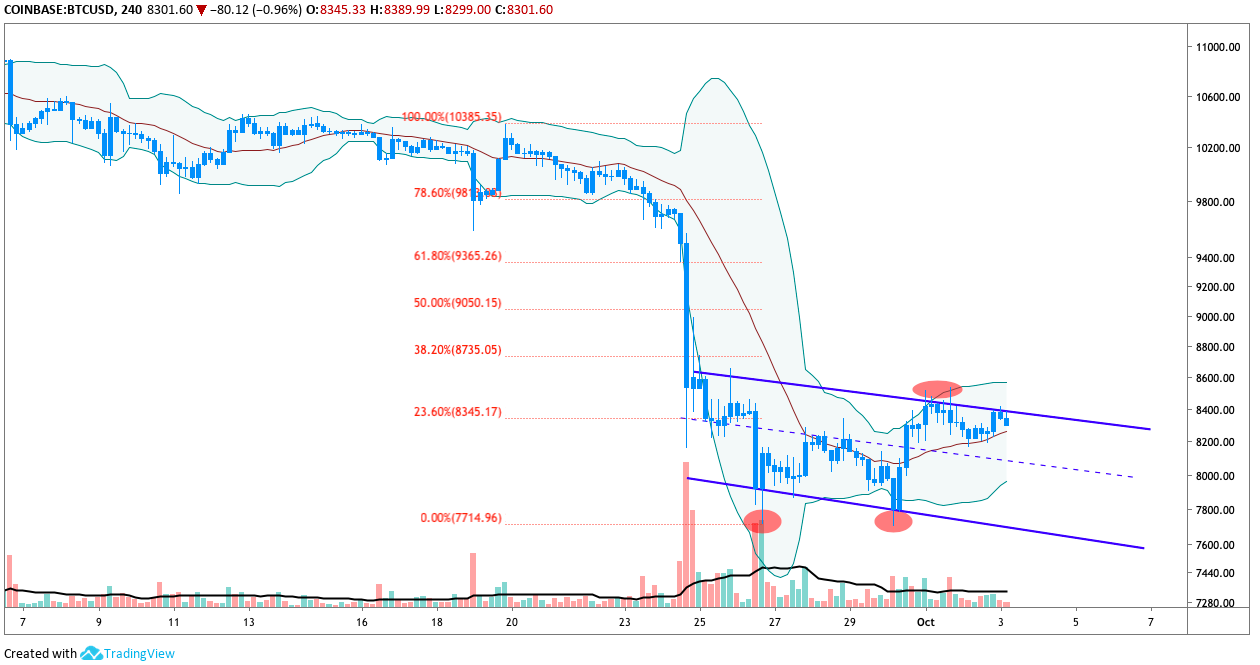 The last two attempts to make a strong upside move were capped around $8,520, possibly the result of volume continuing to taper off as the Bollinger Bands tighten.

One can see that Bitcoin price has ridden right along the MA of the Bollinger Bands and met resistance once breaking above the upper arm in the $8,520 area. The digital asset is still closing below the 200-MA at $8,736 and this point is still acting as resistance. 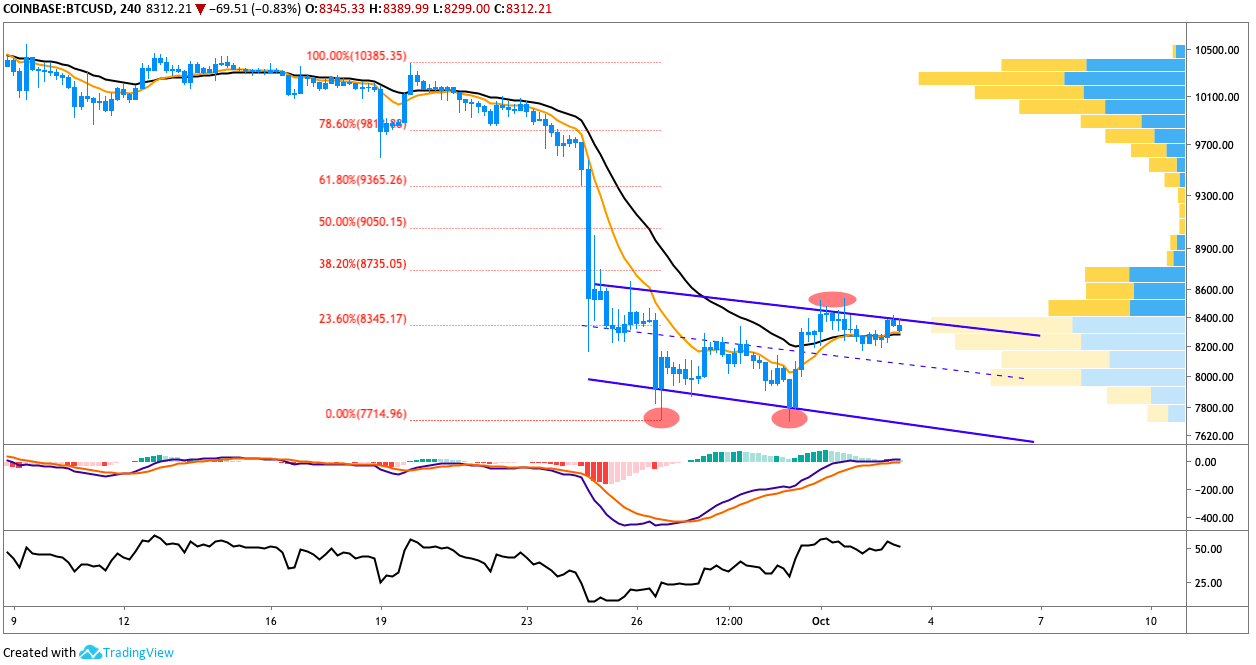 The Stochastic RSI (Stoch) has a bullish cross on the 4-hour and weekly time frame but similar to guidance from other analysts, the current state of the short-term versus longer-term time frame MACD provides a conflicting view of Bitcoin’s overall price action. Like the Stoch, the MACD on the daily time frame is slowly curving up toward the signal line but the reading on longer time frames is less than inspiring.

Generally, one can surmise that Bitcoin is attempting to restore some of it’s lost territory in the short term but the longer time frame indicators indicate a bearish bias.

There has been much talk about the importance of the 200-MA and while it is an important point that Bitcoin should stay above when in a bull market, traders might also focus on the 111 daily moving average (DMA). 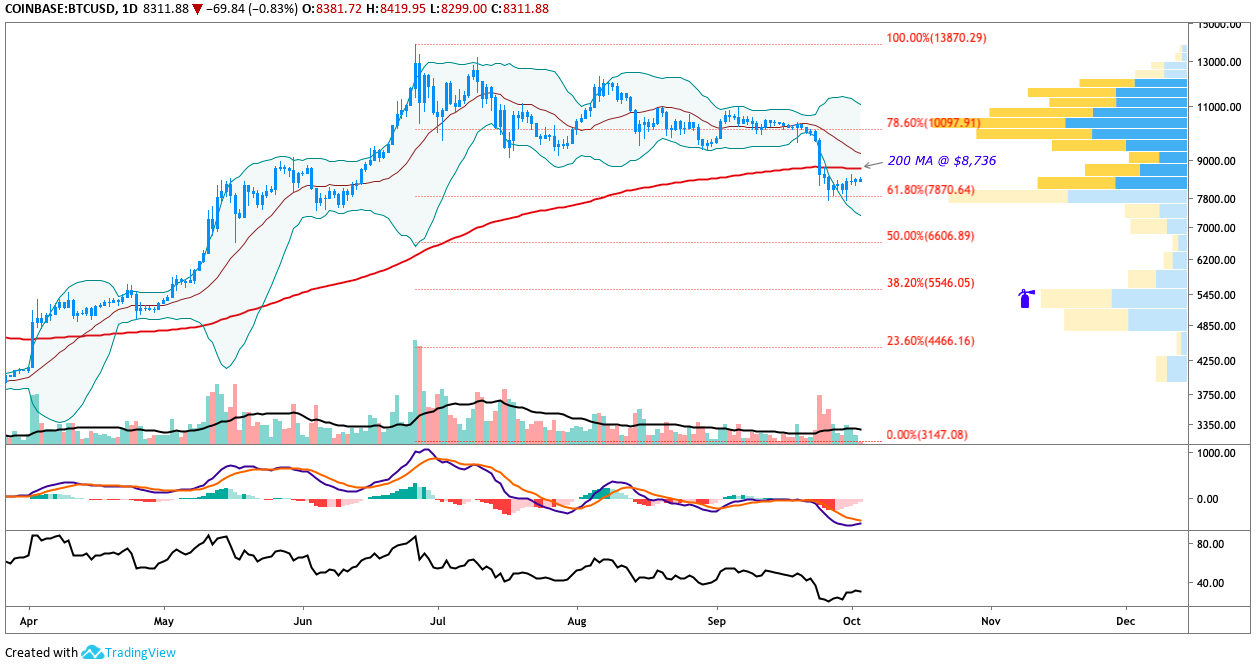 The 111 DMA and middle arm of daily Bollinger Band nearly align and a trend reversal is better spotted at $9,500, rather than the 200-MA which is merely an overhead resistance at this time. 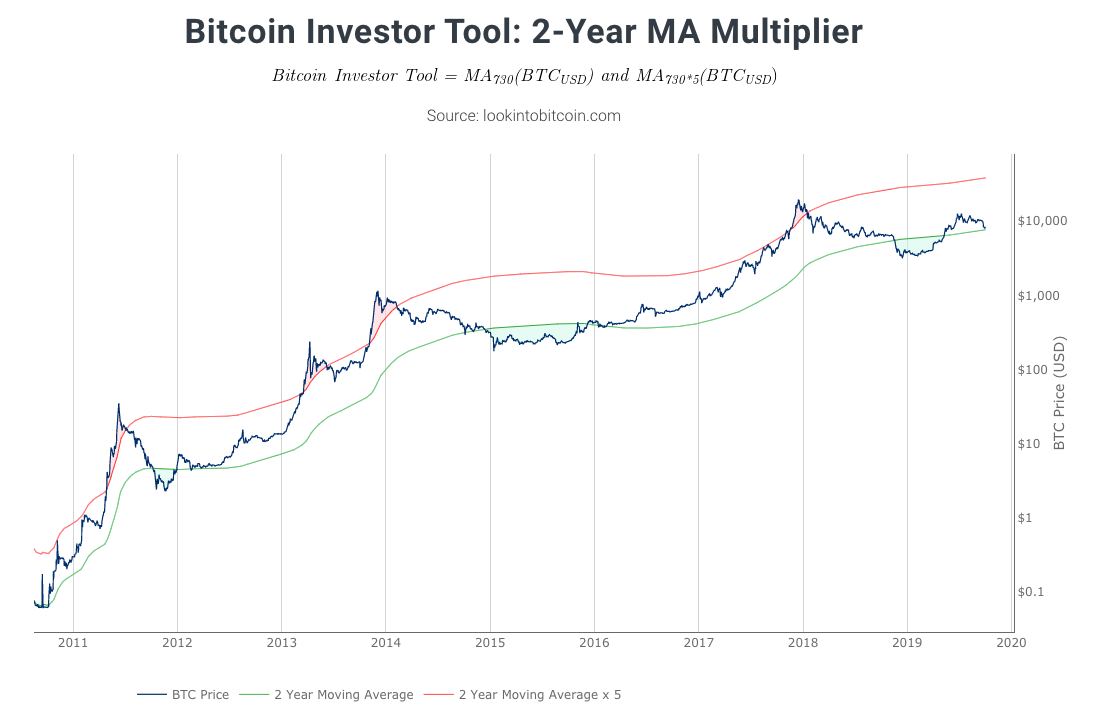 Philip Swift’s 2-Year MA multiplier and his Bitcoin Golden Ratio Multiplier show Bitcoin's current price action is nothing out of the ordinary and while no-one can call it, a bounce from the 2-year MA is bound to happen at some point.

A drop below the 350-DMA seems unlikely but if this were to happen it would most likely lengthen the current accumulation phase.

Intraday traders watching the 1-hour chart will notice that BTC’s attempts to break above the Bollinger Bands led to repeat visits to $8,528 followed by 24-hours of lower highs. 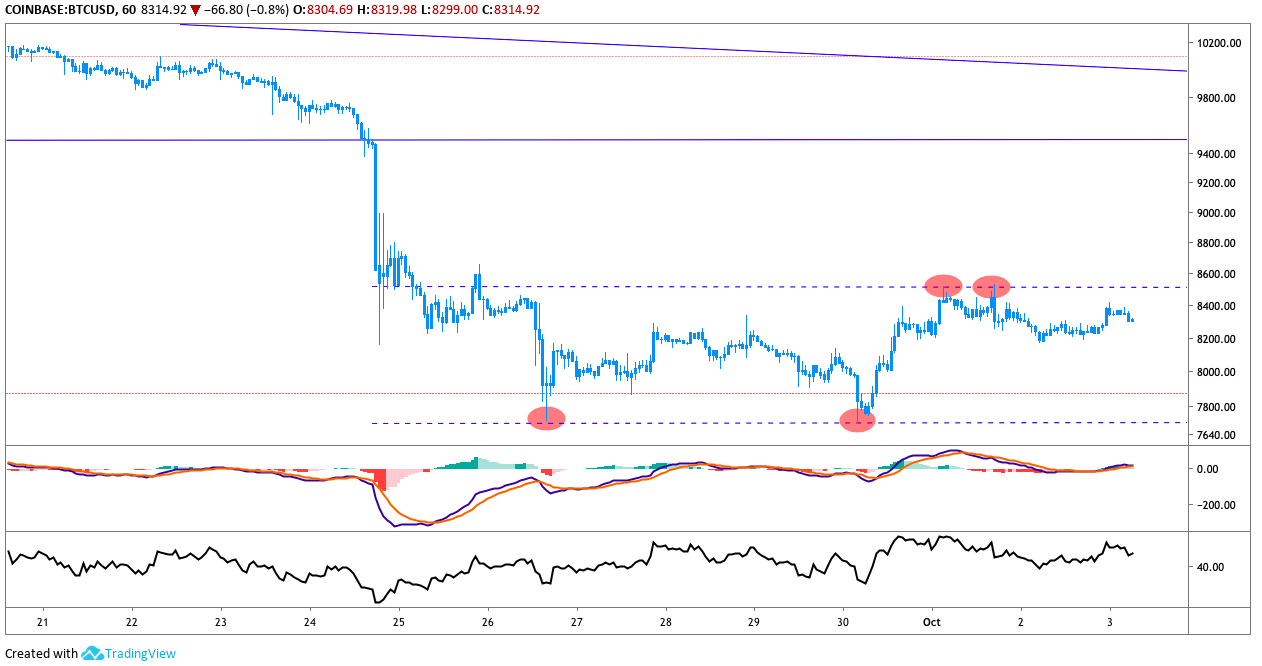 A drop below the lower Bollinger Band arm at $7,338 is likely to raise concern and the volume profile visible range (VPVR) shows limited demand in this area. While many abject to this assessment, a drop below $7,300 opens the doors to a potential visit to $5,700 where interest for BTC is shown on the VPVR.

Of course, there is always the possibility that bulls front-run Bitcoin price before it drops this low but similar to any asset, nothing can ever be assumed and nothing is ever guaranteed.

In the short-term, traders would like to see Bitcoin overcome $8,760. A really exciting move and confirmed change of trend would be a move above the most recent high at 9,785 but perhaps that a bit of wishful thinking. 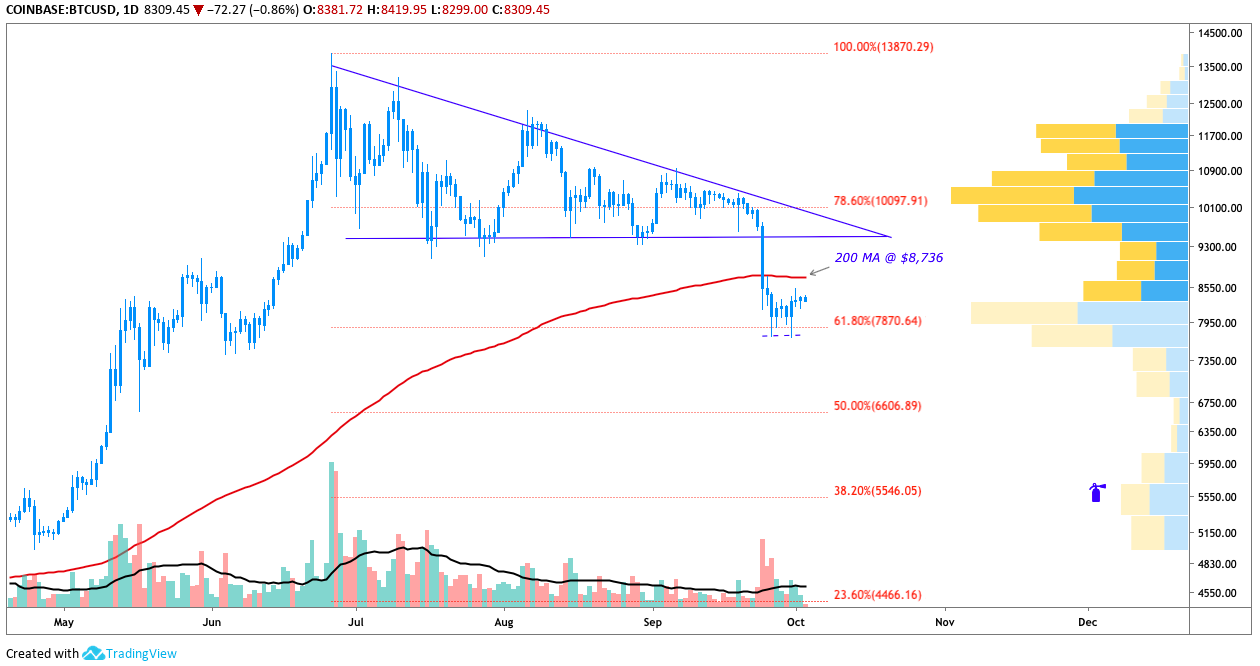 A move to $9,000 would bring Bitcoin back above the base of what was once a massive descending wedge at closer the 20-MA of the Bollinger Band indicator which is currently at $9,200.

A move to $10,400 would put many traders back in the black and restore hopes of retaking $11,000 but there is plenty of work to do before reaching this point.

Few want to see this outcome come to play but it would provide another opportunity to load up on some cheap Bitcoin. Given Bitcoin’s bearish bias, using a stop loss would be wise and traders might consider waiting for a confirmed bottom before opening leveraged long positions.