The crypto market is mostly in the red, although losses appear to be relatively minimal.

Bitcoin is trading a little over $11,700 with a 0.2% loss on the day. The top cryptocurrency shot up over the weekend to break $11,000, and seemed to have some momentum moving into the week. BTC subsequently broke $12,000 on both Tuesday and Wednesday, but was unable to sustain its surge for more than a few hours each time. 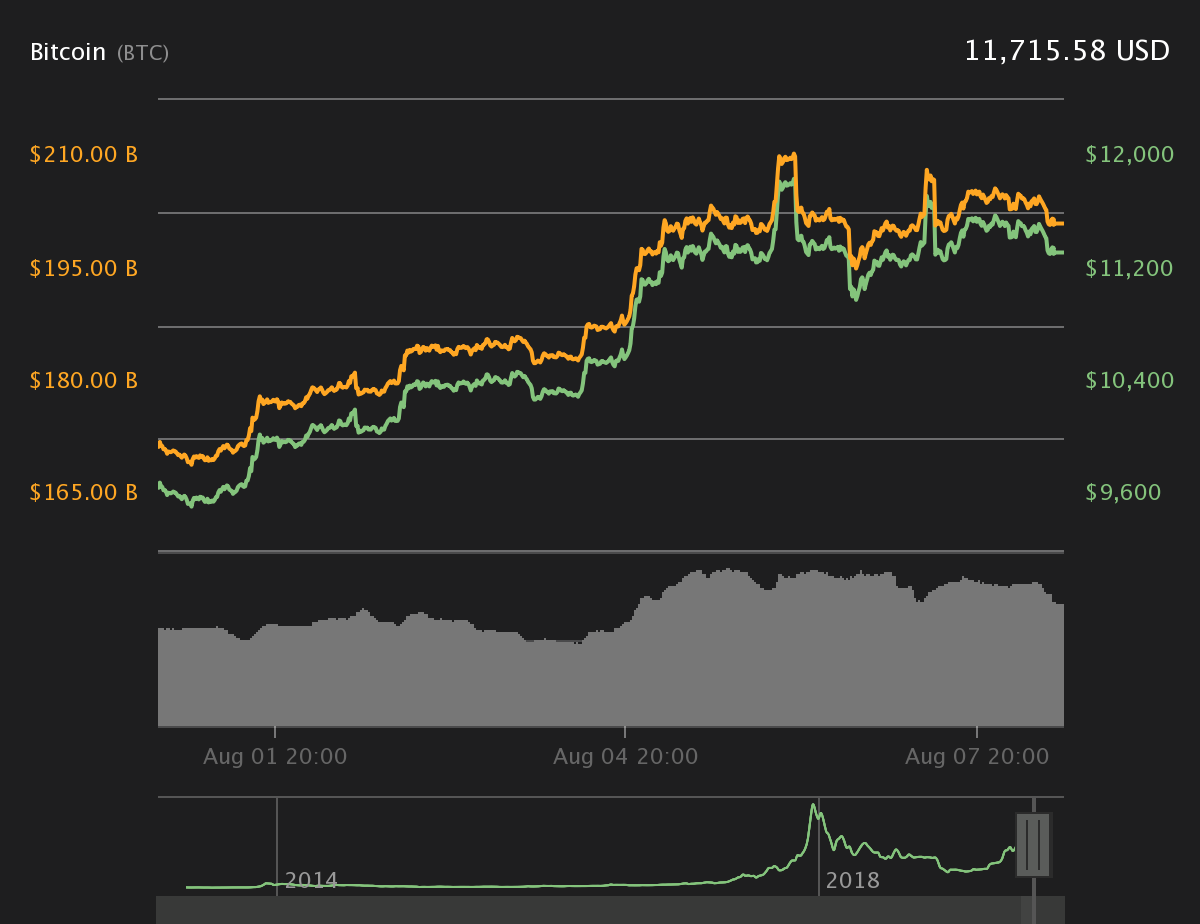 The number two cryptocurrency, Ether, is also slumping slightly, with a 1.6% loss on the day. On Aug. 6, the Enterprise Ethereum Alliance (EEA) launched the EEA Mainnet Initiative, intended to foster collaboration between Ethereum’s mainnet and affiliated startup and enterprise members. 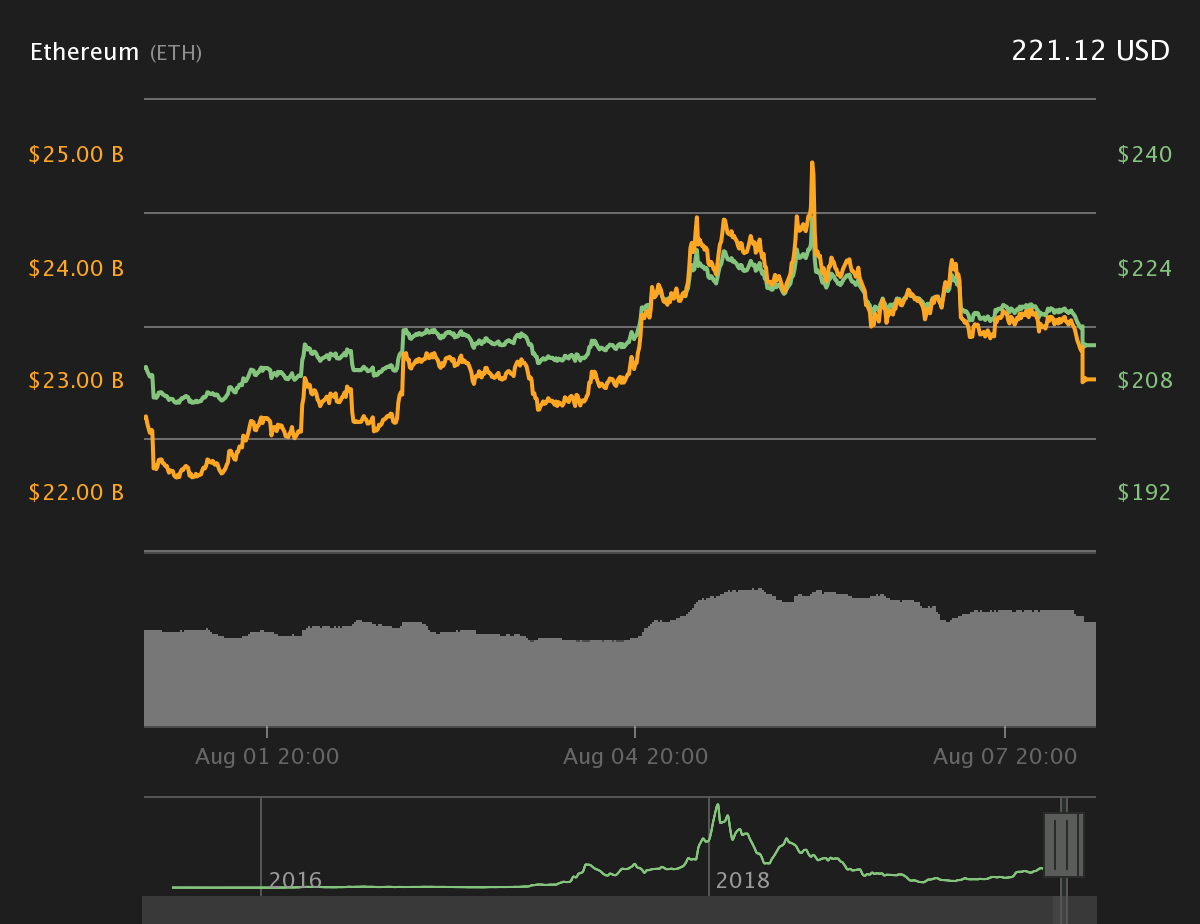 XRP is down 0.82% at press time, trading slightly over $0.30. As previously reported by Cointelegraph, Ripple sold over $250 million in its native XRP token in Q2 2019. Ripple mentioned that they are planning to decrease future token sales substantially in the future. 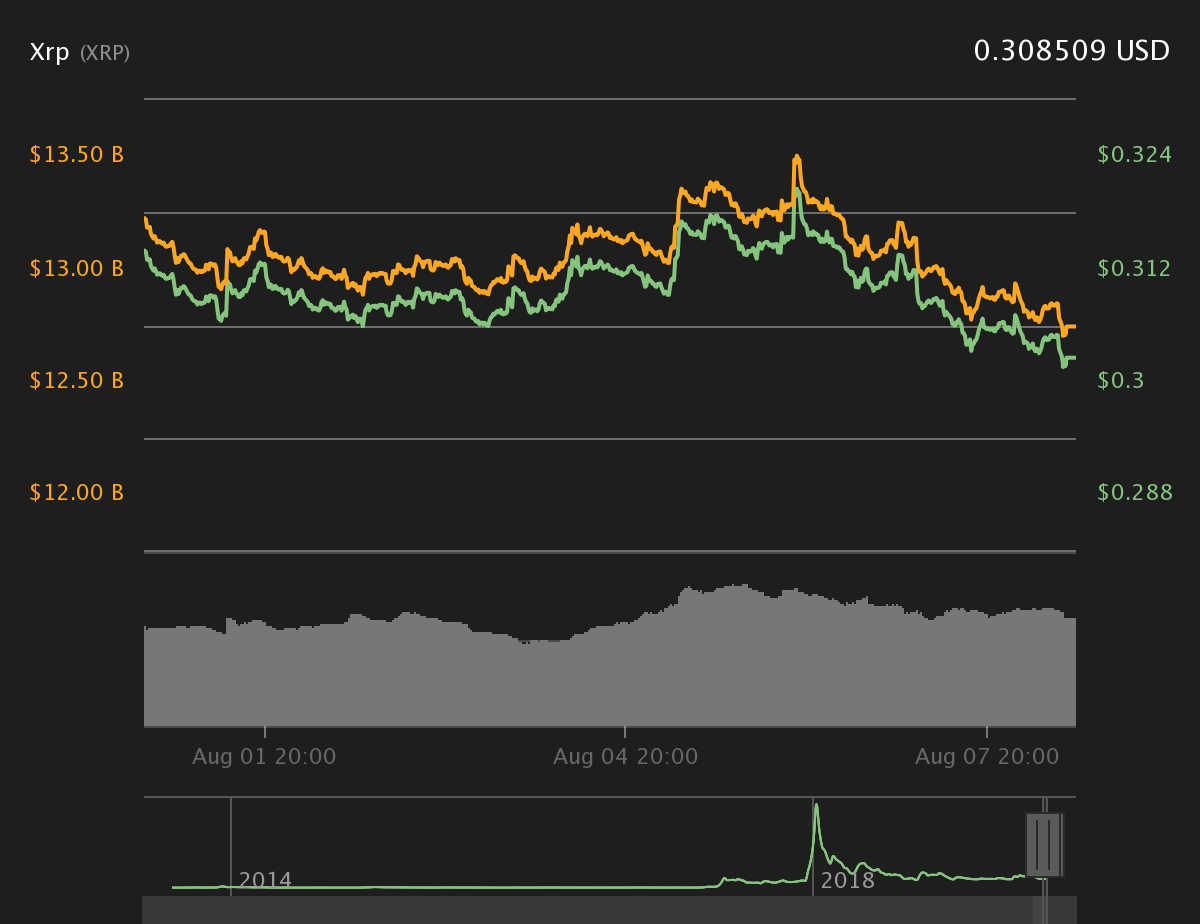 Leading the top gainers in the crypto market today is Egretia (EGT), which is seeing over a 30% price spike on the day. Egretia is in the top 50 coins and tokens, sitting at #41 with a market cap of $176,240,421. According to Coin360, EGT is a token designed for buying in-game items, among other things. Its initial fundraiser ran from April 1 to May in 2018, and reportedly resulted in approximately $23.5 million secured for the company.

The total market capitalization of the top 100 cryptocurrencies is over $304 billion at press time, according to data provided by Coin360’s summary table.

As previously reported by Cointelegraph, both the United States Federal Reserve and the German Commerzbank have made forays into issuing their own payments systems. Regarding the Fed’s initiative, director of digital assets strategy at VanEch subsidiary MV Index Solutions, Gabor Gurbacs, commented in a Twitter post:

“Great that the @federalreserve is taking a forward looking and intelligent stance regarding innovation in #DigitalAssets and #payments. I recommend considering the benefits of #Bitcoin, a functioning, reliable, trust-minimized base-layer for sound money.”