Bitcoin The Game Changer At Gamerholic.com

Flexibility and efficiency of application of Bitcoin is almost incomparable to any other type of currency. 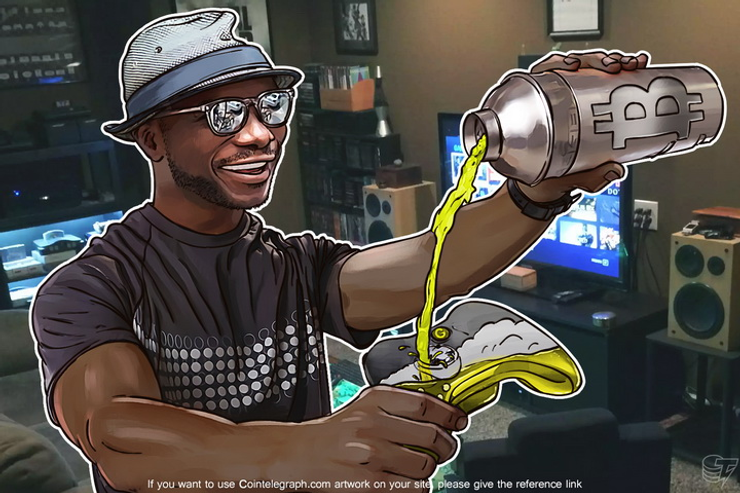 The dynamism and flexibility that Bitcoin offers as a currency has been one of the major reasons why users have been highly endeared to the cryptocurrency. It’s flexibility and efficiency of application is almost incomparable to any other type of currency.

Cointelegraph had a chat with Anari Sengbe, the Co-Founder of ProducTank, on the impact that Bitcoin has had on their gaming site, gamerholic.com.

Anari described Gamerholic.com as an innovative competitive gaming platform based in San Francisco developed based on the philosophy that natural competition is part of gaming, since every individual will always play to either beat the computer, a friend, or a stranger hundreds of miles away. He says that gamerholic simply enhances natural competition with real world prizes, not points and badges.

Giving a little history, Anari said that gamerholic.com started as a real cash gaming platform where gamers played games like Fifa and Madden on their Xbox or PS4 for $10 , $20 and so on. He described the problem of such a system using the example of a case where gamers were losing a $200 game and calling their banks, claiming otherwise, thereby creating a lot of problems for the company.

Anari moved Gamerholic to San Francisco in June 2013. According to him, he learned about Bitcoin while it was in its early stages and it is likely that Gamerholic was the first gaming service to start accepting Bitcoin. It was this move alone that turned around the fortunes of the gaming site. Speaking about the impact of Bitcoin on his company, Anari said:

“The biggest impact of Bitcoin on the platform is that it has made it possible for us to be in countries where we never advertised. I’m not talking one or two, I mean a whole lot, from Zimbabwe to Saudi Arabia, Latvia, Ukraine, you name it. There is a global need for Bitcoin that has made it easier for Gamerholic to go global at a fraction of the usual cost. My biggest fascination with Bitcoin was the fact, it’s math based. The same thing that runs our wonderful universe now runs our money universe. In gaming, nothing else will allow you to buy an item for $0.05, Bitcoin makes that possible. This is also where I think the “Bitcoin community” has dropped the ball.”

Enhancing the adoption of Bitcoin

Mr. Sengbe also identified how in the past few years, the world has seen products and services’ successes credited to brilliant Bitcoin minds, from setups as simple as exchanges to the more fascinating yet complex use cases. In his opinion, one of the reasons why there has been a slow mainstream adoption of the cryptocurrency is because everyone seems to be focused on the products for the super-nerd Bitcoiner, meanwhile, simple aspects such as gaming, on the other hand, could be the best way to educate the masses on cryptocurrency.

“Gamers are already used to winning points playing video games, replace the points with Bitcoin (or Gamerholic coin) that they can spend and adoption becomes easier.

Back to Sierra Leone

Anari finished by speaking about his passion and intentions towards his country of birth, having been born in Kingtom, Sierra Leone. He said:

“Sierra Leone is dear to me. For years I couldn’t do more than just wish for a better environment for my people out there. There are awesome young minds in the country with great ideas and modern tech dreams of their own. With Bitcoin, I can do more than just wish for better, even while hundreds of miles away, I can play a part in job creation, idea motivation and entrepreneur cultivation.

Gamerholic is already planning to partner with mobile distributors in Sierra Leone, for phones pre-installed with fun games, with a focus on educational games. I can imagine young people earning Bitcoin (or gamerholic coin) for doing well in math games.”