In a series of tweets on April 24, Paul became the latest critic to launch a scathing on U.S. economic policy present and past.

According to the pro-Bitcoin retired politician, neither coronavirus nor a brief uptick in stocks can hide the impact of the Fed’s actions. For him, Keynesian ideas such as market interventions and money printing are “un-American.”

“The Fed's fake economy has burst. The stock market, even if it rises, cannot hide the damage that has been done. The virus, now known to be less deadly than the seasonal flu, cannot act as a legitimate excuse either,” he wrote.

The un-American ideas of government micromanagement and Fed central planning of the economy have failed, and will continue to fail as long as they're clung to. The time to rebuild with the American ideas of liberty and sound money has arrived. 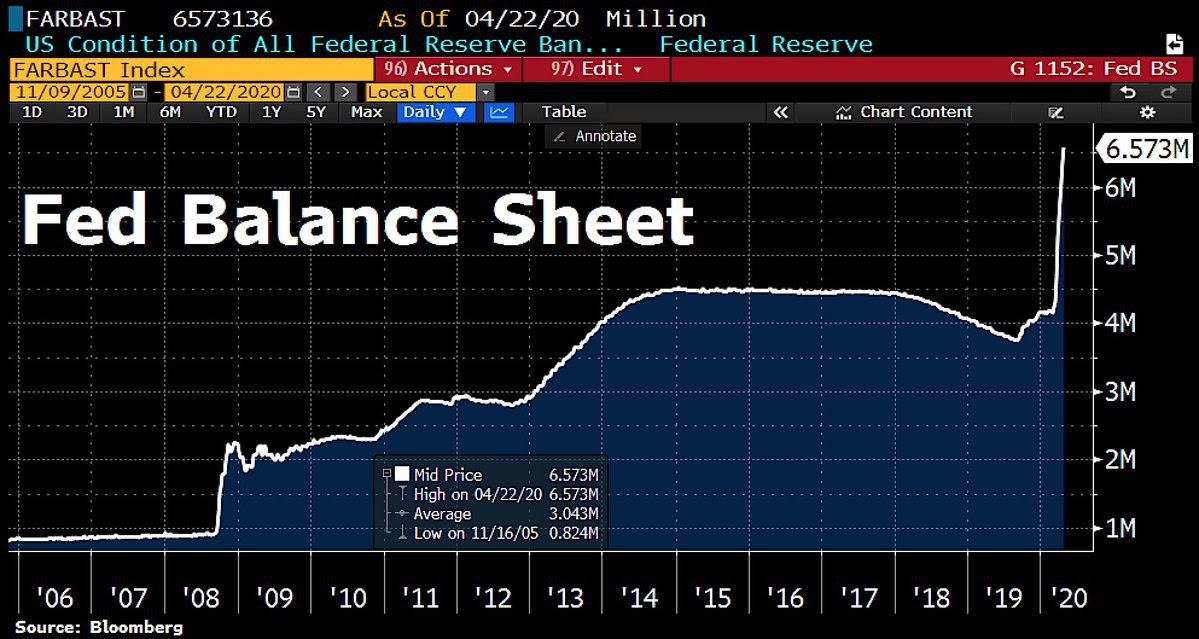 As Cointelegraph reported, Raoul Pal, CEO of Global Macro Investor, this week released a dedicated 120-page report into the severity of the economic damage sparked by governments’ reaction to coronavirus.

“The Baby Boomers are totally f*cked,” a popular soundbite from the report, which champions Bitcoin, summarizes.

Meanwhile, the trader who called Bitcoin (BTC) topping at around $20,000 in 2017 has drawn comparisons to the stock markets of 2020 and 1930 — just before the Great Depression hit with full force.

“Sleep well tonight. We are all so lucky to be living in an age when Fed will bail us out,” he sarcastically added in comments.

The idea that money printing is ruinous in the long term has formed part of similar Fed criticism for almost a century.

“The world is full of so-called economists who in turn are full of schemes for getting something for nothing,” Henry Hazlitt wrote in his popular book, “Economics in One Lesson,” just a year after the Second World War.

They tell us that the government can spend and spend without taxing at all; that it can continue to pile up debt without ever paying it off, because ‘we owe it to ourselves.’