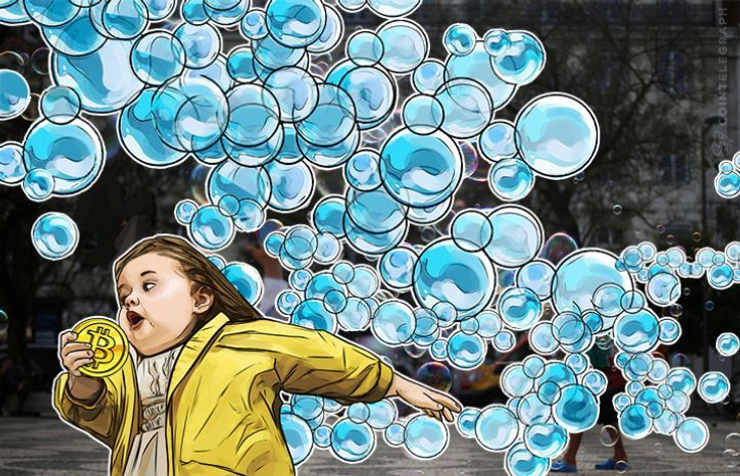 Sounding the end of “easy money” last week, Forbes said that increases in interest rates from central banks could pile pressure on opportunistic investors and cause Bitcoin to deflate.

The prospect of a claimed Bitcoin “bubble” popping will present itself after several more interest rate hikes, the publication states.

“Bitcoin has turned scores of investors, who bought into the digital currency early, into millionaires,” writes Panos Mourdoukoutas.

“But these investors could lose their millions faster than they made them, and then some if the market momentum fades and eventually turns in the wrong direction.”

Margin calls for investors would couple with interest rates giving national fiat currencies a better profile in the eyes of lay consumers. This would lead to Bitcoin being “less appealing.”

Hinting at the imminent 184th death of Bitcoin, the Forbes nonetheless made the claims prior to CME Group announcing it would offer Bitcoin futures trading by the end of the year.

Bitcoin price surged in response to the news, which sources proclaim marks a watershed moment for legitimized Wall Street participation in Bitcoin trading.

As to when it will come crashing down again, that depends on the Fed’s rate hikes and the nature of Bitcoin’s alleged bubble.

“At least that's what set the stage for the burst of the dot.com bubble back in the early 2000s,” Mourdoukoutas adds.

“The good news for Bitcoin investors is that the Fed isn't there yet. This means that even if there's a bubble, it's in the ‘sweet spot.’ That's usually the time between the first and the fourth interest rate hike.”