The Lightning Network was found to be more centralized than initially believed, increasingly relying on hubs through a core-periphery model observed by researchers.

The Lightning Network’s (LN) configuration is becoming increasingly centralized, with multiple hubs being formed. This is the finding of a yet-to-be-reviewed research paper, released on pre-print site arXiv on Feb. 7.

A team of academics from Switzerland, France, Italy and Canada authored the paper. Jian Hong-Lin and Kevin Primicerio conducted the analysis, while others, including Blockstream Inc. researcher Christian Decker, designed the research.

The team gathered Lightning Network information for a period of 18 months from Jan. 18, 2018 to July 13, 2019. Researchers then analyzed the payment network in terms of its node and wealth distribution.

They discovered that the network showed high Gini coefficients both in terms of node centralization and wealth distribution. Notably, the values were found to rise as more nodes were added.

The distributions of Bitcoin (BTC) across every node in the network was found to be extremely uneven as well. The Gini index amounts to 0.88, which corresponds to 10% of nodes holding 80% of BTC.

The goal of the research was to understand which idealized model best describes the network. While researchers identified the Undirected Binary Configuration Model (UBCM) as a good candidate, the network was found to be more centralized than expected. The researchers concluded:

“This suggests that the BLN [Bitcoin Lightning Network] is becoming an increasingly centralised network, more and more compatible with a core-periphery structure.”

The UBCM system does imply a degree of centralization, which would result in the presence of several hubs. The actual network appears to be too reliant on them, which could make it a “target for the so-called split attacks,” researchers argue. 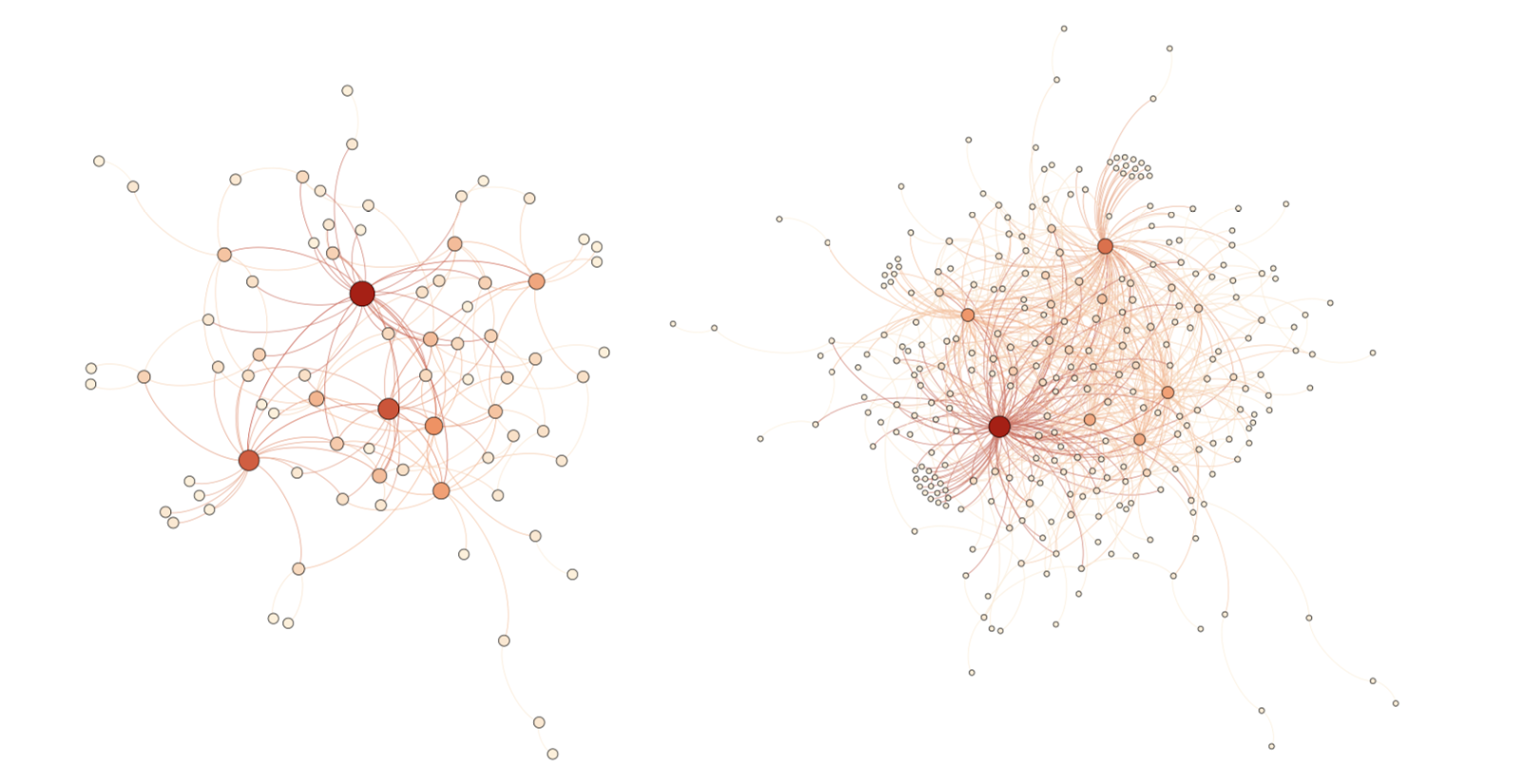 The research paper follows findings by BitMEX Research focusing on the higher than expected amount of “uncooperative closures.”

The journey has also seen some stumbles, with reports of users temporarily losing money through LN. A vulnerability was also disclosed in September, with some reports noting that it was exploited “in the wild.”