Bitmain’s filing to list an initial public offering on the Hong Kong Stock Exchange has officially expired today, as the company reveals the appointment of a new CEO 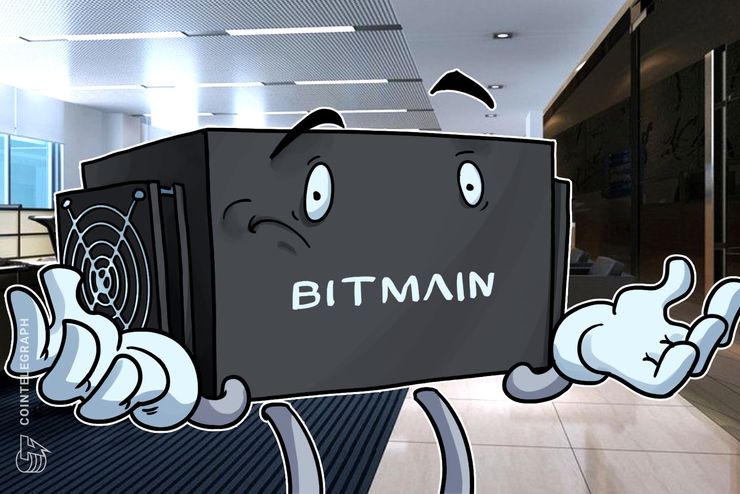 Chinese crypto mining titan Bitmain’s filing to list an initial public offering (IPO) on the Hong Kong Stock Exchange (HKEx) has officially expired, according to an updated list of now-lapsed applications on the HKEx website on March 26.

In a blog post published the same day, the company acknowledged that its IPO application was now inactive, and simultaneously revealed the appointment of a new CEO, Mr. Haichao Wang.

As reported yesterday, Bitmain’s IPO filing — published in English and Chinese on Sept. 26, 2018 — was set to imminently reach the end of a six-month validity window, pursuant to HKEx listing rules.

These rules provide a window for a given application to proceed to a closed-door hearing before the exchange’s Listing Committee, which is tasked with giving the final approval or disapproval of the offering. Should this fail to happen within this time frame, the listing formally lapses.

In its statement, Bitmain confirmed the expiration, emphasizing that it remains committed to realizing the “huge potential of the cryptocurrency and blockchain industry,” which it noted “remains a relatively young industry which is proving its value.”

“We hope regulatory authorities, media, and the general public can be more inclusive to this young industry. We will restart the listing application work at an appropriate time in the future.”

At the same time, Bitmain claimed that undergoing the HKEx listing route has “made the company more transparent and standardized,” adding that the “process of rationalization and optimization” has heightened the company’s focus on the core elements of its mission.

The company outlines the range of measures it has taken to streamline and rationalize its operations, revealing the appointment of Mr. Wang as CEO, who is reportedly a veteran of the chip manufacturing industry and has already successfully headed several units within Bitmain.

As reported, this January Jihan Wu and Micree Zhan Ketuan had stepped aside as co-CEOs: today’s post confirms they will remain on as directors of the firm.

The post also alludes to the numerous contractions Bitmain has this year made to its global business — along with cuts to its workforce — noting that “it was a difficult but necessary decision as we continue to build a long-term, sustainable and scalable business.”

As part of its strategy to weather the market downturn, Bitmain outlines that it has established  “clear business divisions for mining hardware, AI, mining farms and mining pools,” and “ integrated the resource lines for chip design, hardware and software to provide more effective support for our key business lines and to allocate premium resources to our major and key projects.”

As previously reported, the extensive earnings disclosures that Bitmain submitted in line with the IPO listing requirements had revealed the firm was shouldering hefty losses amid the bear market. Financial, legal, and regulatory difficulties appeared likely to imperil its IPO application, as a Cointelegraph analysis outlined this January.