Blockchain development firm Bitfury is set to partner with the United Nations Development Programme on a project to conserve and increase Kazakhstan’s forestland. 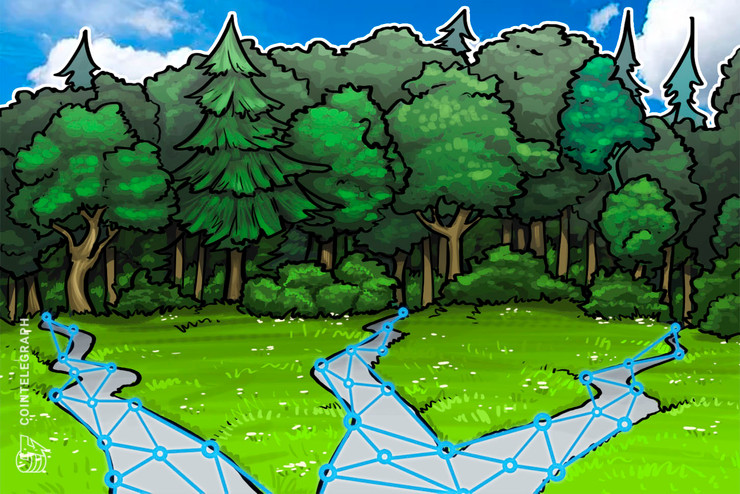 Blockchain development firm Bitfury is set to partner with the United Nations Development Programme (UNDP) on a project to conserve and increase Kazakhstan’s forestland.

As the Astana Times reported on Jan. 14, the project aims to help the country to reduce its greenhouse gas emissions by 15% over the coming decade to meet its commitments in the 2016 Paris Agreement.

Bitfury and the UNDP are poised to sign an agreement later this month with the Kazakh Ministry of Ecology, Geology and Natural Resources to create a forestland in the nation’s Pavlodar Region.

The project will start with the goal of creating 20 hectares that will consume the carbon dioxide generated by the local coal-powered electricity providers to fuel Bitfury’s operations. It is hoped that this will offset Bitfury’s carbon footprint by 100–110%.

As the Astana Times notes, while Kazakhstan currently owns 29 million hectares of forest, most of it faces the threat of illicit forest fires, logging and changes in land-use.

Meruyert Sarsembayeva, a financial mechanism expert at the Biodiversity Financing Initiative (BIOFIN), told reporters that only a portion of the 29 million hectares is protected, while other lands remain excluded from the state forest fund. Sarsembayeva explained:

“We will work with forests that are not being considered and managed. It is exactly these forests that are threatened by the forest fires and illnesses. If they are not legitimized and transferred to the state forest fund, it may lead to that, they will produce even more emissions.”

Bitfury and the UNDP’s carbon reduction initiative comes under the umbrella of BIOFIN, as part of the latter’s work to improve forest management practices through changes to legislation and to raise public awareness about emissions reductions.

BIOFIN’s work globally helps various countries to assess their spending on biodiversity and to strategize their approaches to funding to achieve green goals.

With UN support, Kazakhstan has already reduced its annual energy consumption by 25–45% over the past five years via a pilot focused on heating residential buildings. The country aims to derive 50% of its energy from sustainable sources by 2050.

“The first carbon reduction initiative for Kazakhstan [...] we hope that it will accelerate the country’s efforts to reduce carbon dioxide in partnership with the private sector. These practical solutions will require institutionalization and expansion.”

Crypto and the green revolution

As Cointelegraph reported in fall 2019, research published by the New Scientist has challenged the perception that Bitcoin (BTC) mining is irreconcilable with tackling climate change, pointing to the misleading assumptions that underlie some of the more alarmist reporting and studies on the matter.

In correspondence this week with Cointelegraph, Bitfury’s Head of Renewables, Samy Biyadi, contended that:

“Cryptocurrency mining is excellently suited for countries that want to transition into green economies. Contrary to public perception about its negative effect on the environment, cryptocurrency mining can help advance the adoption and growth of renewable energies by incentivizing investment in these assets.”

Before this, several energy specialists had critiqued the perception that high energy consumption is Bitcoin’s “Achilles Heel,” arguing in favor of shifting the debate away from energy consumption and towards where that energy is produced and how it is generated.

Last June, a study found that 74.1% of Bitcoin mining is powered by renewables.