Blockchain Is Used To Fight Blood Diamonds and Counterfeits

The diamond industry and other supply chains can enjoy the benefits of Blockchain technology.

Blockchain is extending its reach to help combat the trade in blood diamonds and the spreading of counterfeits.

According to a recent report by NGO Global Witness, the distribution of blood diamonds from war-torn countries, like the Central African Republic (CAR), is growing and even making their way onto social media platforms.

Both Facebook and WhatsApp have been exploited by sellers to make international trades. The proceeds are often used by rebel forces in financing war against governments. 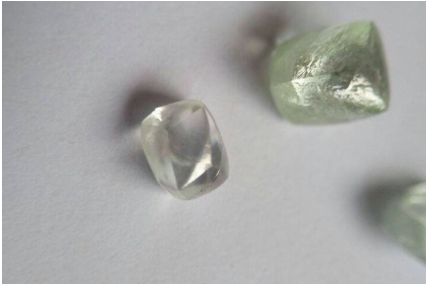 Many countries that mine diamonds are part of the UN driven Kimberley Process, a verification method where participating countries are required to produce a declaration for each stone. The problem is that documents are easily tampered with, and it is impossible to be 100 percent certain when buying a diamond that it’s conflict free and legitimate.

The reason the diamond industry is fully embracing Blockchain is because, at its core, the technology is a decentralised ledger with records that can’t be corrupted.

It’s estimated that close to two mln diamonds have already been recorded on Blockchain systems, with data pertaining to colour, carat and clarity of a particular stone. Traditionally this information is recorded on a paper certificate that is issued at purchase.

With Blockchain applications, distributors can easily establish the true origin of diamonds on the network by simply scanning records, allowing them to make an informed decision on whether or not to accept a particular diamond.

The information is securely housed on the Blockchain network, which creates a tamper-proof audit trail that can also be used against money laundering and insurance fraud.

The technology is not limited to the diamond industry and can be applied to most supply chains. Several companies in Singapore are looking to apply it to global trade in commodities that can be adopted by merchants and shippers alike, to improve the security and speed of supply chains.