BlockShow Asia: Everything You Missed 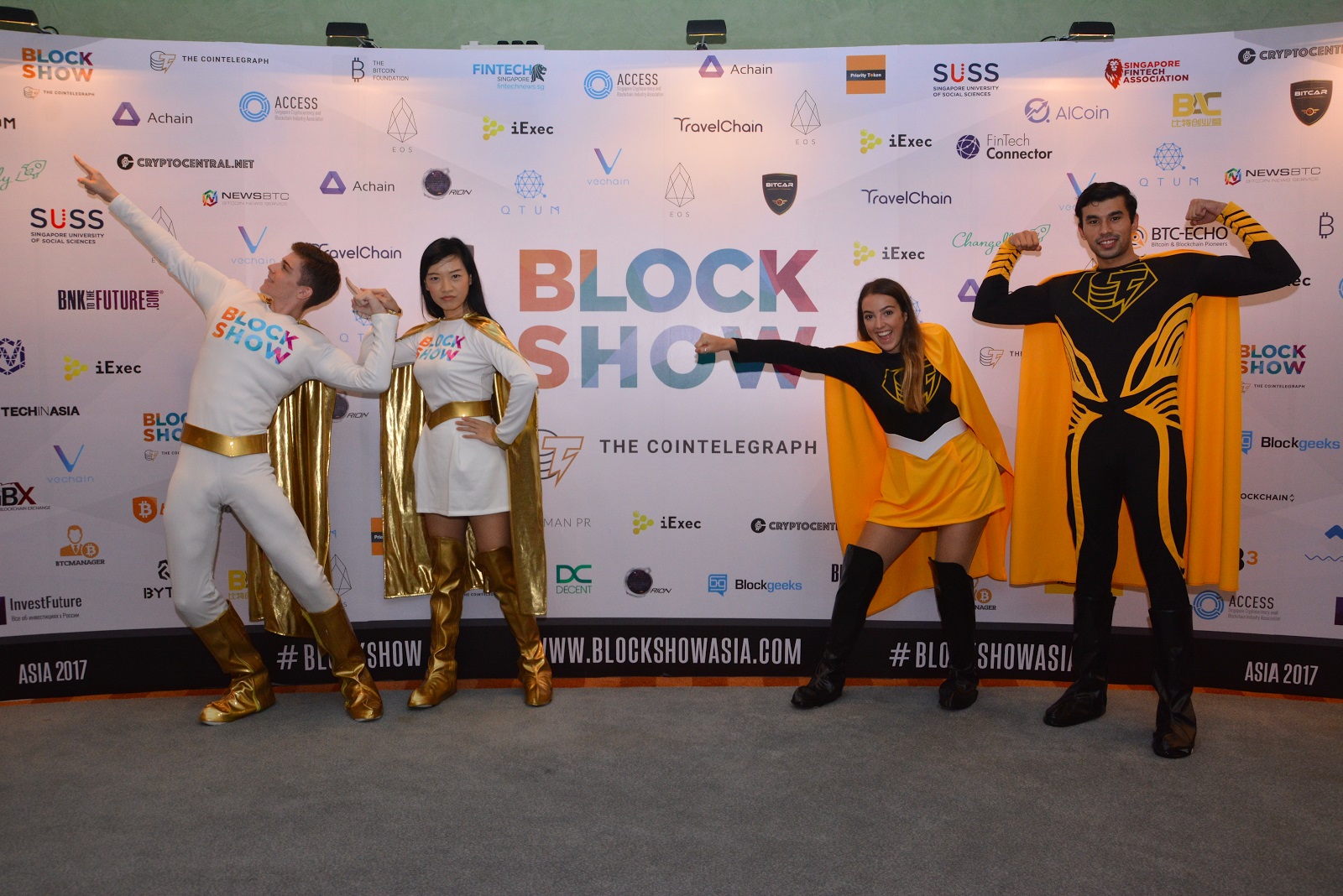 During the event 67 speakers from 20 different countries shared their insights and ideas, and attendees from a variety of backgrounds --from Blockchain to business to finance -- met to discuss topics ranging from practical application of Blockchain technology to new ICOs launching right at the event.

BlockShow is an international event powered by Cointelegraph and centered around innovation in Blockchain technology. The event is more than just a conference -- it’s a meeting place, a chance to discover new projects, and an opportunity to showcase your ideas in front of an active and interested audience. BlockShow has held two events so far -- the first in Munich this past Spring, and the second just last month in Singapore.

What is BlockShow Asia?

BlockShow Asia is the second BlockShow event so far. It took place Nov. 29-30, 2017 in Singapore.

The event included ICOscar (a competition for new Blockchain startups sponsored by WAVES and Crypto Bazar), Hypethon (a chance for 12 select ICOs to jumpstart their funding, sponsored by CryptoFriends and esports.com), and a place for businesses to show their new products, acquire feedback on various new solutions, and share their thoughts and ideas, both on stage and in informal meetings.

Singapore is one of the biggest financial hubs in the world. Both on at the government and private levels the city-state has recently shown serious interest in the Blockchain industry. One of the events attendees, Simon Dixon, CEO and co-founder of BnkToTheFuture.com, shared his thoughts about the event and the location choice, stating:

“Well you couldn’t have picked a better place in Asia! Singapore is awesome! There is a really great attendance here. Seems like the right diversity of both investors and entrepreneurs and people who are new to the sector. You know we are going through rapid growth at the moment, the prices are at record highs so that’s attracting a lot of people and you’ve done a very good job of putting them all together in Singapore.”

BlockShow brings together a healthy combination of seasoned Blockchain entrepreneurs and investors along with newcomers to the crypto space. Reflecting on the diversity of the event, Joshua Lavin, Senior Analyst at ii5 Hong Kong, told Cointelegraph:

“It’s really clear that there is a lot of excitement in the room. In the last year it’s been really terrific to go to conferences and just see more and different types of people starting to get into the crypto space and into the Blockchain world. Having a huge conference like this is really a great way to interact with that and to meet a lot of new fun people.”

For the event Cointelegraph gathered its most brilliant articles of all time, exclusive materials on the latest trends, and crypto-industry statistics in a special glossy edition. A series of interviews with fascinating guests of Blockshow is being published on our site and Youtube channel in order to give you idea of the crypto trends discussed at the venue, and the overall atmosphere reigning there.

Daniel Finn of Smartmesh, one of the ICOs that launched during BlockShow Asia  (and raised 36,000 ETH there!), commented on the overall atmosphere of the event saying,

“It was very exciting to be here. The energy is great. Everyone’s been really interested in both the whole community in general as well as our projects, so it’s been very exciting.”

Considering the success of both BlockShow Europe and Asia this year, the creators of BlockShow aim to hold another series of meetups in Bangkok, Seoul, Tokyo, Australia, and Europe in the near future. 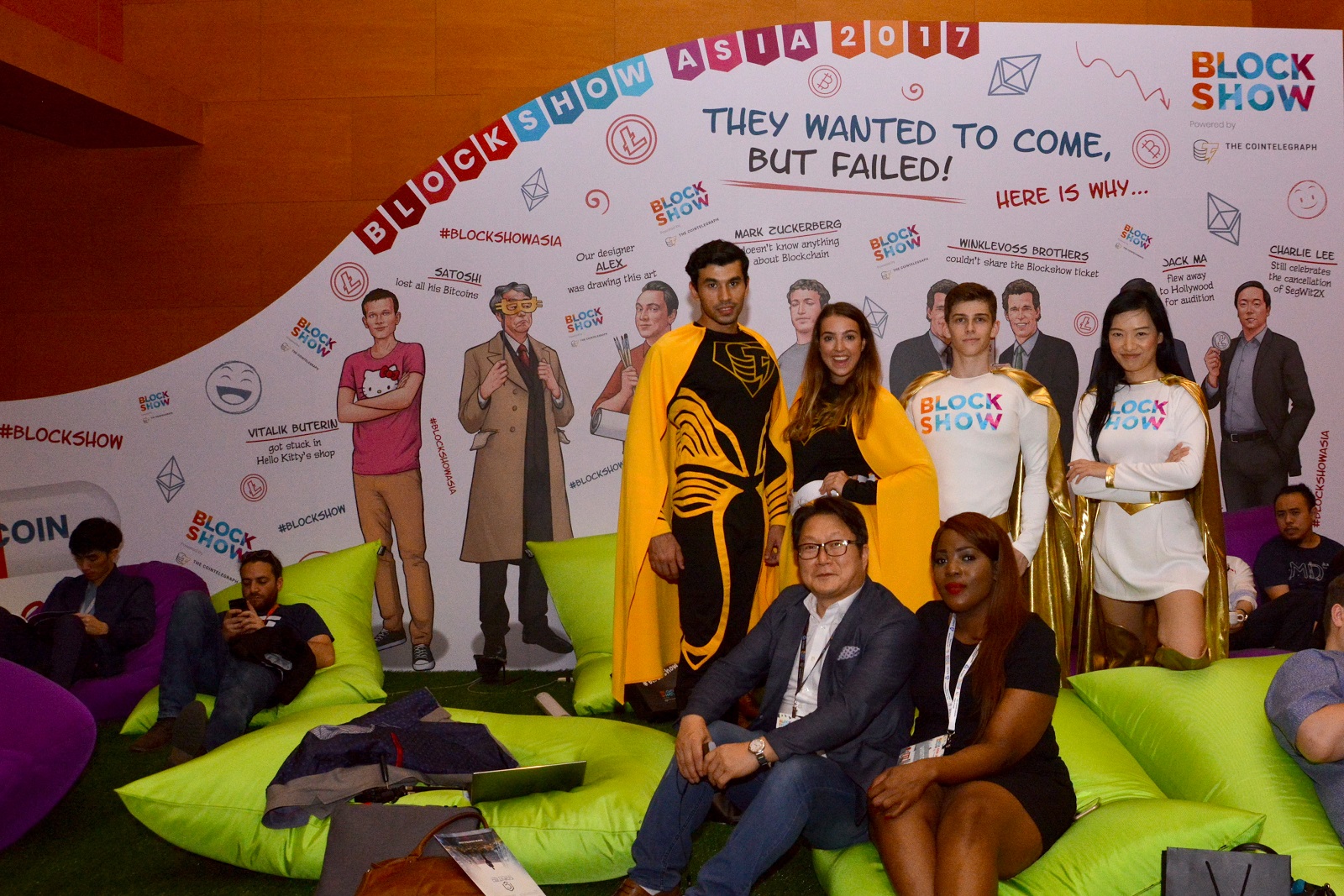 BlockShow Europe is currently planned for May 2018. Given the thousands of attendees at the past two events this year, the organizers are expecting even more demand for coming events. So stay tuned for more details and be sure to book your tickets in advance.