Buterin reveals new scaling solution, Plasma Cash, that could be used to secure crypto on top of a root Blockchain. 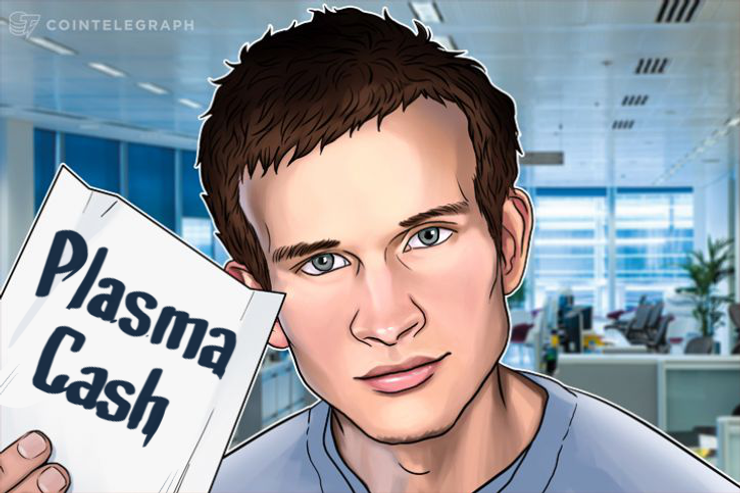 Plasma Cash was developed by Buterin and developers Dan Robinson and Karl Floersch.

Plasma itself is an on-chain scaling solution for Blockchains, introduced by Buterin and Lightning Network creator Joseph Poon in August 2017. Plasma works by optimizing data that is passed onto the root Blockchain, reducing the transaction fees for smart contracts and decentralized applications (DApps).

The problems with the scalability of Plasma, according to Buterin, is that every user must download and authenticate each Plasma block, which prevents exponential scaling.

To explain the Plasma Cash model, Buterin gives the example that if a user deposits some amount of ether to a crypto exchange or any third party service, a Plasma coin would be created with the same value of ether and a unique ID that cannot be merged or split.

In contrast with Plasma, Plasma Cash would only require users to pay attention to the blocks that contain coins they want to keep track of:

As for the current practical applications of Plasma Cash, Buterin sees a possibility for crypto exchanges to take advantage of the technology to make themselves more “hack resistant”.

Since each Plasma coin has an owner, the coins are not fully fungible or interchangeable: no one can take another user’s coin without the owner of the coin being alerted. In this case, the coin’s owner would prevent the potential fraudulent withdrawal through the “complaint system” by showing their “proof data” for their coin’s history.

Buterin notes that even if a hack occurs on an exchange using Plasma Cash, users will not lose their money:

“Regardless of what happens in the exchange, users can run their money through the Plasma exit procedure and get their money out.”

Buterin ends his talk with a positive prognosis for the future use of Plasma Cash:

“Whenever the next big multi-billion dollar exchange written by a totally incompetent developer gets hacked, no one will lose any money.”

Segregated Witness (SegWit), a scalability solution for Bitcoin (BTC), has recently been implemented across a variety of crypto exchanges. The Bitfinex exchange announced the implementation of SegWit on Feb. 20, and the crypto exchange and wallet Coinbase announced their SegWit implementation on Feb. 23. The Bitcoin Core client version, which fully supports SegWit technology, was officially released on Feb. 26.