After a veiled suggestion from president Asiff Hirji that Coinbase would potentially add other assets, the exchange has officially launched support for Bitcoin Cash (BCH), according to the company’s blog post.

The addition is a welcome Christmas gift for those who held Bitcoin (BTC) in Coinbase wallets on August 1 when the BCH fork occurred. Users who had BTC at the time of the fork have received an equal amount of BCH in the newly created wallets.

After previously refusing to support the coin, the company promised that BCH support would come before the end of the year.

The blog post also made clear that Coinbase employees have been restricted from trading BCH on the site for a number of weeks prior to the announcement. Nevertheless, accusations of insider trading have hit Twitter.

hey @coinbase , @GDAX and @brian_armstrong by being part of a product index for @CMEGroup you agreed to certain rules. Since bch news was clearly leaked around 2:30pm CST to certain parties. this qualifies as insider trading. Hope you enjoy the incoming complaints.

After the announcement, Bitcoin Cash’s price almost immediate jumped to over $3,000 on huge volume. 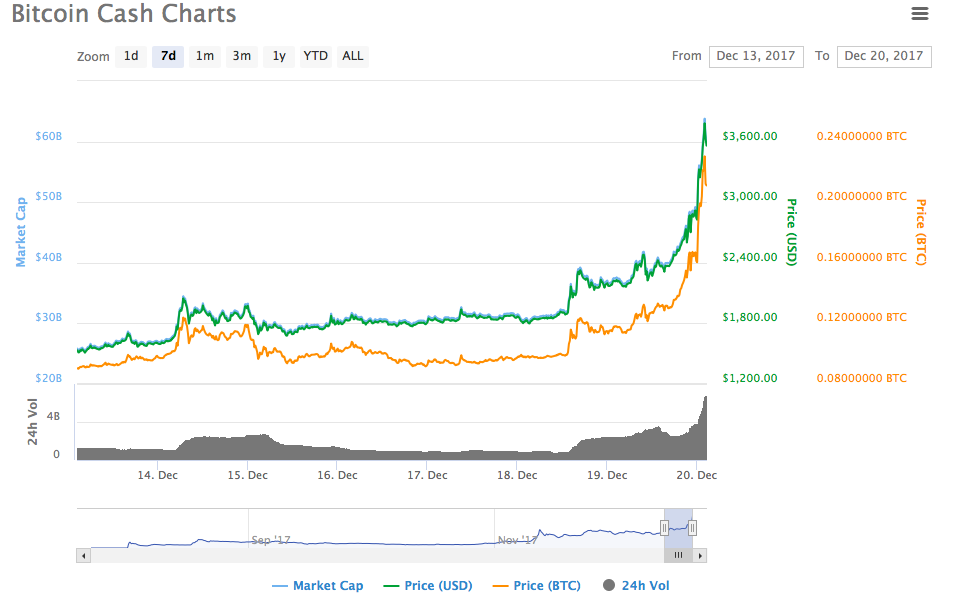 Interestingly, GDAX, the Coinbase affiliated site for trading, showed a startling price of $9,500 per BCH, though trading on the site was halted.