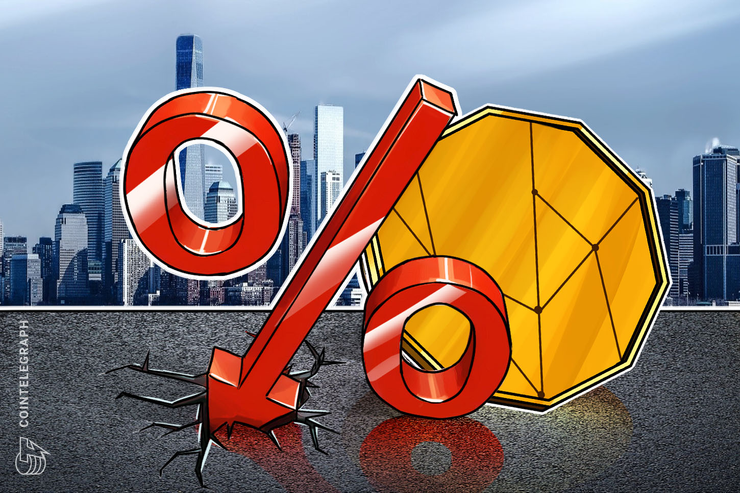 Nexo, a crypto lending institution, announced that it has lowered the interest rates on its instant crypto credit lines.

Lowest rates in the blockchain ecosystem

In a press release published Oct. 22, Nexo announced that it was lowering interest rates on its credit line service after securing long-term cost-efficient financing. The instant lending platform claims that they now offer the lowest rates in the ecosystem.

Nexo’s crypto credit lines reportedly start at 5.9% with no minimum repayment requirements and no credit checks and are available across more than 200 jurisdictions.

Nexo allows digital asset holders to borrow against a basket of an array of digital currencies such as Bitcoin (BTC), Ether (ETH), Ripple (XRP), Litecoin (LTC) and others, without losing ownership of their assets.

The lending platform reported in August that it had paid its token holders a total of $2,409,574.87 in dividends, reaching an annualized dividend yield of 12.73%. With a user base of over 250,000, Nexo’s dividend yield is purportedly higher than every dividend-paying stock listed on the S&P 500 market index.

During the same month, Nexo launched a Mastercard-branded cryptocurrency credit card, which they claimed to be the first card in the world that enables users to spend the value of their cryptocurrency without in fact spending it.

Cointelegraph previously reported that Nexo’s competitor, cryptocurrency lending and borrowing platform Celsius Network, topped $300 million in deposits in just 12 months and completed over $2 billion in coin loan origination. In total, Celsius completed over 160,000 coin loan trades and distributed over $3 million in interest payments. Celsius claimed that it had become the fastest-growing lending platform in the world.