Crypto Markets Are Green Across the Board as Bitcoin Crosses $12,000

The cryptocurrency market is trending up after a flash crash by bitcoin on Wednesday followed by across-the-board losses on Thursday.

Friday, June 28 — Top cryptocurrencies bitcoin (BTC), ether (ETH), and ripple (XRP) are all in the green, a total turnaround from the sea of deep red on Thursday.

Bitcoin is currently trading at $12,316 again, around the levels it sank to following the sudden $1,400 flash crash on Wednesday. Bitcoin had continued to sink all the way to $10,380 on Thursday, but is now seeing strong recovery on the day, trending up by around 14%. 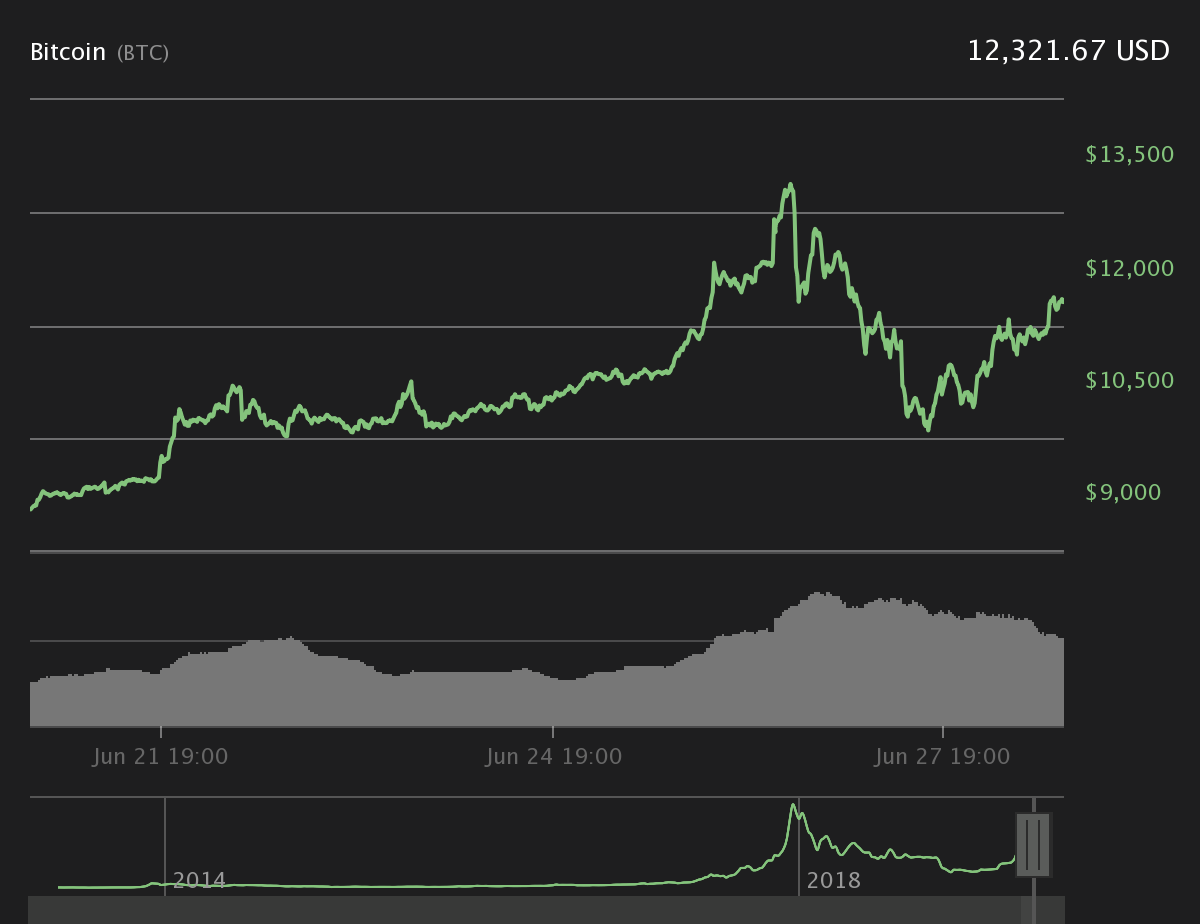 The top altcoin and second largest cryptocurrency by market cap, ether, is seeing moderate gains on the day, up 5% and trading at $308. Ether has for the most part been cruising slightly above the $300 mark since it achieved this new altitude last Friday. 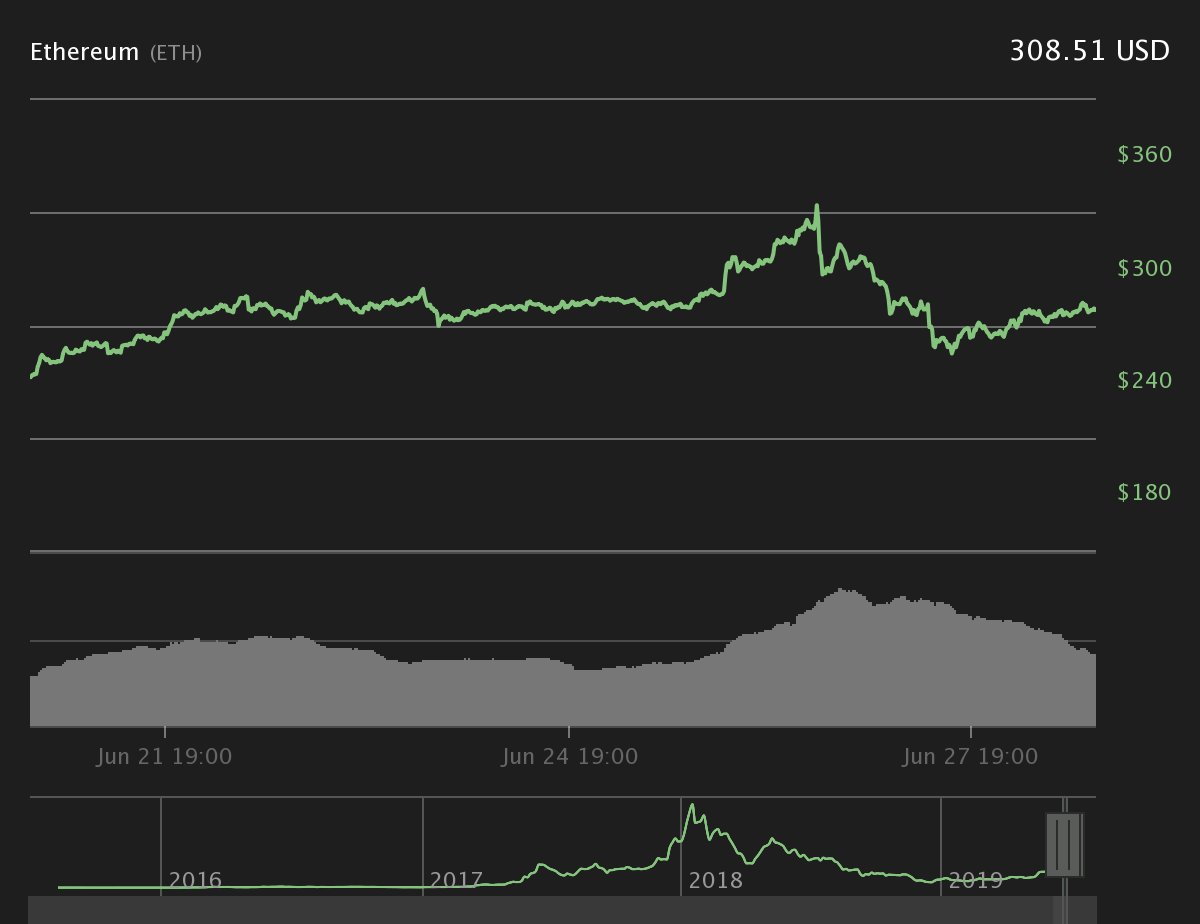 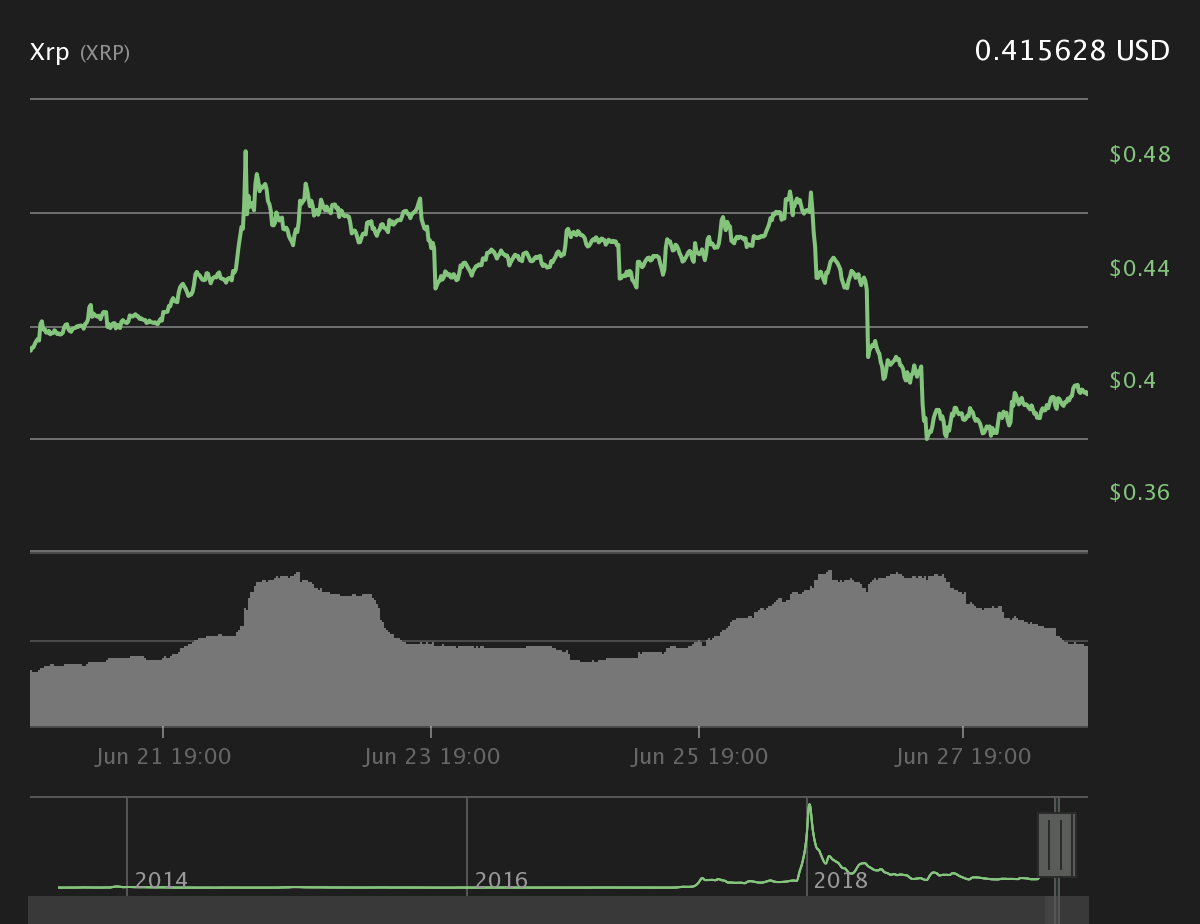 As far as other top cryptocurrencies are concerned, Chainlink (LINK), the 19th largest cryptocurrency by market cap, is showing a massive 26% gain on the day. Coinbase Pro announced support for the smart contract token just yesterday, June 27, and has just recently announced full trading support for the LINK/ETH pair.

Total market cap of the top 100 cryptocurrencies is currently $311.7 billion, according to the data on Coin360’s summary table.

Regarding the overall state of the cryptocurrency market, analysts have suggested that the recent correction in the crypto market is still consistent with forecasts of a so-called parabolic bull run. Robert Sluymer, managing director and technical strategist at Fundstrat Global Advisors, is quoted as telling clients:

“A 20%-30% pullback would not be surprising and very consistent with bitcoin’s recent bull-market pullbacks.”

Meanwhile in traditional markets, gold is trending up slightly after seeing a major crash on Wednesday and Thursday, like bitcoin, according to data provided by MarketWatch. In a recent turn of events, Steve Forbes, of Forbes Media fame, wrote an open letter to Mark Zuckerberg to back Libra with gold and instead call it “Mark.”