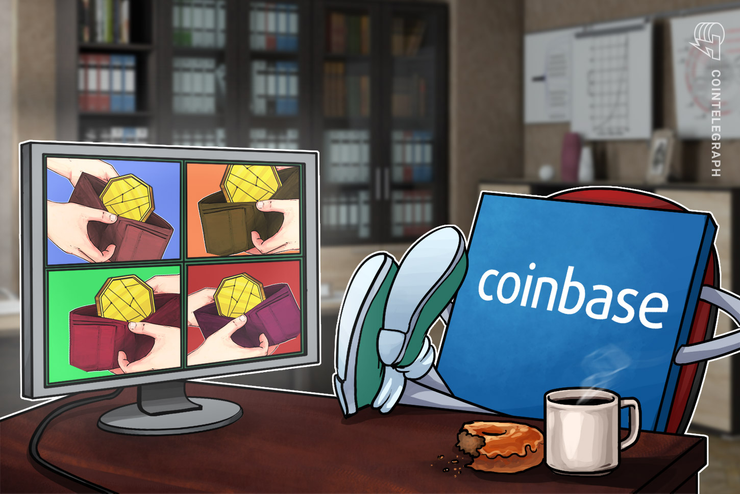 Major cryptocurrency exchange Coinbase Pro has added support for Chainlink, according to a blog post on June 26.

Coinbase has listed two trading pairs for the token of smart contract platform Chainlink (LINK) on its professional trading platform.

LINK will be available to trade with the U.S. dollar (LINK/USD) and with ether (ETH) (LINK/ETH). The post says that the token will be available in all its covered jurisdictions except for the state of New York.

According to the announcement, Coinbase Pro will roll out options for LINK in four steps. The four steps are (1) transfer-only, (2) post-only, (3) limit-only, and (4) full trading. For the first three options, respectively, users can put LINK in their Coinbase Pro accounts, post limit orders, and wait to receive order matches.

The announcement also states that phase updates will be announced via Twitter. At press time, Coinbase Pro has only announced the beginning of the transfer-only phase.

As per the press release, LINK is an ERC-20 token native to the Chainlink decentralized oracle network. According to Chainlink’s whitepaper, LINK is the token used for payments in Ethereum smart contracts backed on Chainlink:

“In order for a smart contract on networks like Ethereum to use a ChainLink node, they will need to pay their chosen ChainLink Node Operator using LINK tokens, with prices being set by the node operator based on demand for the off-chain resource their ChainLink provides, and the supply of other similar resources.”

The Chainlink network reportedly supports Ethereum smart contracts that rely on inputs from external data sources, APIs, and payment systems. As per the Chainlink website:

“By allowing multiple Chainlinks to evaluate the same data before it becomes a trigger, we eliminate any one point of failure, and maintain the overall value of a smart contract that is highly secure, reliable, and trustworthy.”

As previously reported by Cointelegraph, Coinbase Pro increased its fees and announced a different market structure for the platform in March.