The crypto markets are reasserting their recovery from recent corrections, with every coin in the top ten by market cap in the green today.

Wednesday, May 2: the crypto markets are reasserting their recovery from recent corrections, with all of the top ten coins by market cap showing percentage gains today, as Coin360 data shows. Ethereum (ETH) is up almost 4 percent over the 24 hour period, holding ground just above $675 since early morning, after it took a hit yesterday, trading as low as $637. Yesterday’s dip may have momentarily absorbed the impact of a Wall Street Journal report that ETH is currently in a regulatory “gray zone” in the eyes of some U.S. Securities and Exchange Commission (SEC) officials.

The WSJ article followed similarly equivocal comments from former U.S. government regulator Gary Gensler, but markets seem to have voted their confidence today. ETH’s developers maintain they are "extremely comfortable” ETH will not need to be regulated as a security.

Meanwhile, Bitcoin Cash (BCH) is up over 12 percent over a 24 hour period to press time, according to data from Coinmarketcap. This is a strong rebound from its significant losses earlier this week, after news broke that a group of BTC supporters was threatening a lawsuit against pro-BCH site Bitcoin.com for allegedly misleading Bitcoin investors.

IOTA has now edged back to reclaim its place in the top ten on Coinmarketcap, up more that 16 percent over a 24 hour period, notwithstanding the Financial Times’ report last week on multiple online harassment allegations against the IOTA Foundation, as well as University College of London’s subsequent decision to interrupt its ties with IOTA in the name of “open security research.” 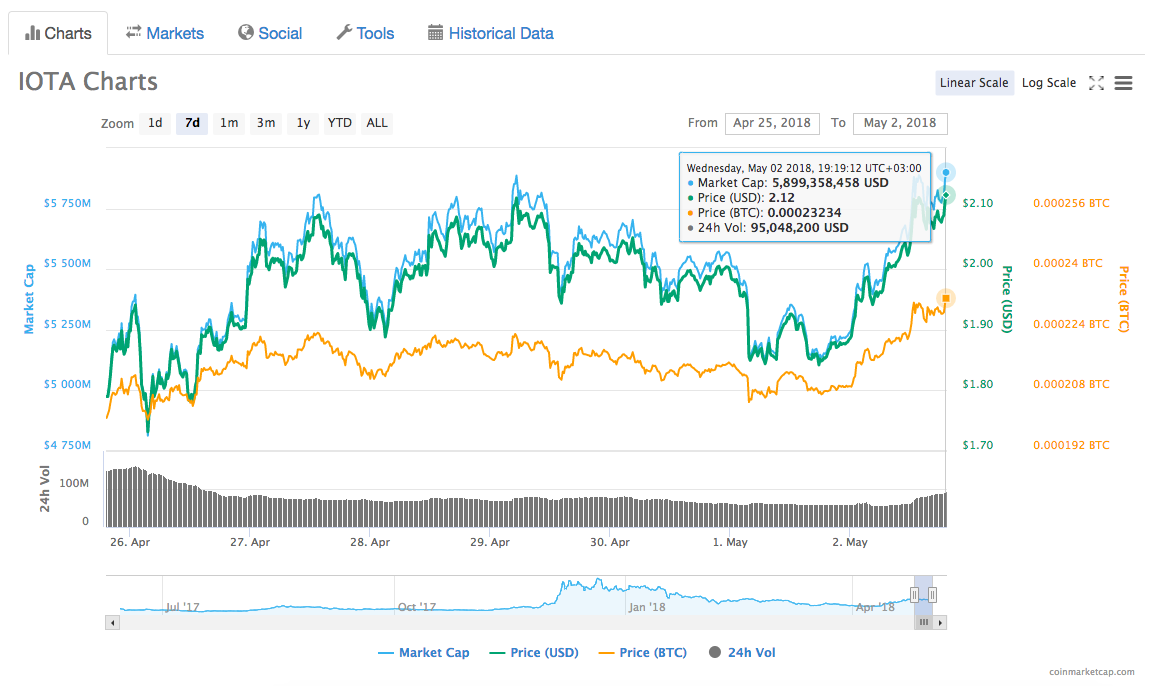 A technical analysis of 2018’s Bitcoin and Ethereum markets yesterday by Fundstrat's Robert Sluymer proposed that the markets are now considerably more resilient to the impact of uncertainties surrounding regulation and taxation than they were in January. He remarked that the “orderly” and “timely” recovery we are seeing among major coins this spring is a strong indication to buy.