Mergers are becoming more common in crypto, but what happens when things go wrong?

The Coinbase-Neutrino debacle reveals that crypto has a merger problem 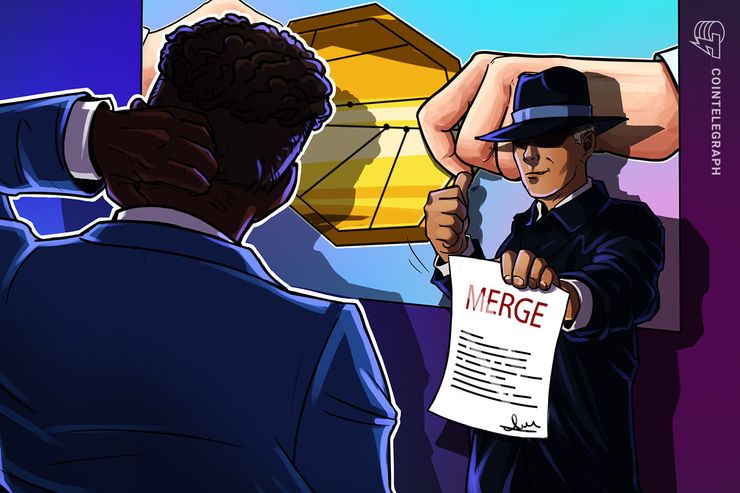 Mergers. They're a tricky business at the best of times, but when conducted in a nascent industry in which regulations, guidelines and best practice haven't been firmly established, they can be absolutely perilous. Just ask Coinbase, which acquired blockchain analytics startup Neutrino in February for what turned out to be a fee of $13.5 million. This seemed all fine and dandy at the time, but it soon emerged that founding members of Neutrino's staff had links to Hacking Team, an Italian software firm that had controversially sold surveillance tools to international law enforcement agencies and even to authoritarian governments (e.g., the United Arab Emirates).

Given that crypto prides itself on helping individuals escape the overbearing control of centralized institutions, it would be an understatement to affirm that this merger — once the above details were made public — didn't go down too well with the wider community. Indeed, the merger created a public relations nightmare for Coinbase, which hurried doggedly to wash its soiled image (largely by affirming that ex-Hacking Team staff will "transition" out of their new roles at the exchange giant).

Yet, more broadly, this episode has also raised the wider issue of mergers and acquisitions (M&As), particularly as they relate to and occur within the cryptocurrency industry. That's because Coinbase is one of the largest companies in the industry, and seeing as how even it couldn't quite exercise enough due diligence in this case, it begs the question of what other players in the space are doing when they merge with or acquire other companies.

This question becomes all the more urgent when it's recognized that 2018 set a new record for the industry, with $559 million being spent in the United States alone on mergers and acquisitions. However, lawyers specializing in M&As explain that there are a number of things shareholders can do in serious cases of mismanagement, while it's also clear that mergers are another area that will improve for the industry as it becomes more mainstream and regulated.

What makes the Coinbase incident particularly interesting is that the San Francisco-based exchange was aware of Neutrino's links to Hacking Team prior to the acquisition. In other words, the failure of the company to perform “due diligence” didn't fall specifically on finding out about these links, but on recognizing that such links would be viewed negatively by Coinbase's customers and by the wider cryptocurrency community.

As a Coinbase spokesperson told Motherboard at the end of February:

"We are aware that Neutrino’s co-founders previously worked at Hacking Team, which we reviewed as part of our security, technical, and hiring diligence."

So once again, the oversight didn't relate to awareness of Neutrino's affiliations, but to awareness of how such affiliations violate the values of people likely to trade, own and use cryptocurrency. And in some ways, this is a more serious failure than simply not knowing about Hacking Team, since it indicates a startling lack of understanding of crypto on Coinbase's part and intimates that its values possibly don't align with the majority of people who involve themselves with the likes of Bitcoin and Ethereum.

And the question is, did people at Coinbase really not ask themselves how the links between Neutrino and Hacking Team would be perceived by the general crypto public?

Well, according to a blog written in early March by the exchange's CEO, Brian Armstrong, they didn't.

"However, we had a gap in our diligence process," he wrote. "While we looked hard at the technology and security of the Neutrino product, we did not properly evaluate everything from the perspective of our mission and values as a crypto company."

This raises a further question: Should companies undertaking mergers or acquisitions perform due diligence in the areas of values and public image? According to Rocket Lawyer founder and CEO Charley Moore, this is something they generally do anyway, regardless of whether they should. "Yes, businesses typically place high value on their reputations and good will," he told Cointelegraph, although he also explained that the level of due diligence can vary according to the companies involved and the type of merger they are pursuing:

"First, it’s important to note that all combinations of businesses are not the same. In fact, there are many different ways to combine two or more companies, to accomplish sometimes competing goals, like limiting liability, retention of employees and/or managing tax consequences. Having said that, the level of diligence or, 'scrutiny' may vary, depending on the type of combination being executed. Regardless, some level of scrutiny is typical in most cases."

This appraisal is seconded by other lawyers experienced in M&As. Gerald Brant is a partner at Akin Gump, and like Charley Moore, he notes that the appropriate amount of scrutiny can vary from case to case. "In general, you can't say that one company should always exercise the same amount of due diligence when acquiring another," he said.

Brant also told Cointelegraph that determining how a merger might reflect on a company's publicly declared “values” can be a tricky business, although corporations generally do consider what an acquisition is likely to mean from a marketing perspective. "It's hard to assess how an acquisition could reflect on a company's values, since these can be vague and ill-defined," he explained. "But most firms will look at the marketing and reputational implications, and whether the two companies are a good fit in terms of corporate culture."

It therefore seems that Coinbase may have deviated from ordinary company practice in not considering the Neutrino merger "from the perspective of our mission and values as a crypto company," as Brian Anderson put it. However, assuming that a company has failed to carry out due diligence and that a merger has reflected badly on its reputation, two more questions remain. Firstly, where does the blame lie for a mishandled acquisition? And secondly, what can shareholders or stakeholders do in the event of a “bad” merger affecting a company's subsequent performance?

According to Gerald Brant, despite each case needing to be evaluated on its own terms, it’s normally the case that responsibility lies with more than just the chief executive.

"The fault usually lies with everybody involved in the merger," he said. "The CEO, the board, and the advisors."

Still, given that it was Brian Armstrong who wrote the apologetic blog following the Neutrino acquisition, it would seem he took ultimate responsibility for the purchase and for not sufficiently considering how it would look to the outside world. That said, even if Armstrong has published a mea culpa, it's not certain just what anyone with a stake in Coinbase could do to redress any harm that's been caused to the value of the company. As Charley Moore said, "Shareholders may bring a variety of legal actions based on multiple potential theories, including breach of contract and civil or criminal statutes," yet the fact is that Coinbase hasn't breached any contract in completing the Neutrino acquisition and neither has it violated any criminal statutes.

Still, seeing as how M&As are growing part of the crypto industry, it's worth getting a handle on what shareholders could do in other, hypothetical cases. And according to Dan Zimmerman, a senior counsel at Akin Gump, they do have the option of legal action, although this is normally limited — as a practical matter — for serious cases where a decline in share price and company value can be demonstrated as having followed from a merger or acquisition.

"Shareholders do have the option of bringing fiduciary duty claims against a company if a merger goes badly," he said. "However, being successful in a claim against a company’s directors is made less likely by the difficulty in pointing to an objectively measurable change in the share price and reputational harm following an acquisition."

In the case of reputational harm, Zimmerman also explains that shareholders would have a better chance of success if they could prove that the directors hid material information when completing an acquisition. This is something that didn't appear to happen with Coinbase and Neutrino, although that's not to say it couldn’t happen in the crypto industry in the future. However, because most crypto-related companies aren't publicly listed, it won't always be possible for shareholders or stakeholders to pursue litigation. If an individual's “shares” in a company amount only to the crypto tokens of that company, and if such tokens are not considered to be securities, for example, then there isn't much he or she could do under U.S. securities law.

Zimmerman also adds that, legally, there practically isn’t anything shareholders can do to stop a merger after the fact. "Shareholders can attempt to prevent an acquisition via an injunction," he said, "but this has to be sought before the acquisition has been completed." Added to this, attempting to prevent an acquisition in a court of law places the burden of proof on the plaintiffs, meaning that this is a viable option only when shareholders have a solid case that a merger would be detrimental to them and the company.

This account indicates that it may be difficult for shareholders or stakeholders to obtain reparations in the event of a botched merger, particularly in the context of the cryptocurren