Cryptos Trade Sideways With Mild Gains and Losses Among Top Coins, Bitcoin Above $3,600

Most of the top 20 cryptocurrencies are trading sideways, with slight gains over the 24-hour period.

7045 Total views
201 Total shares
Listen to article
0:00
News
Own this piece of history

Thursday, Jan. 24 — the top 20 cryptocurrencies are mostly trading sideways with slight losses and gains across the board. Bitcoin (BTC) is currently creeping above $3,600 according to data from CoinMarketCap. 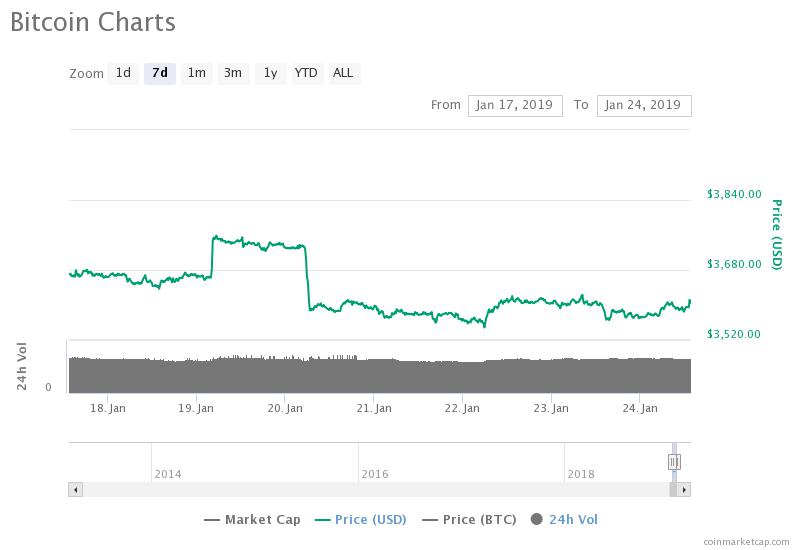 Ripple (XRP) is seeing minor gains on the day, up nearly half a percent at press time and trading around $0.317. On its weekly chart, the second largest cryptocurrency by market capitalization is down over 3 percent from $0.328 on Jan. 17. 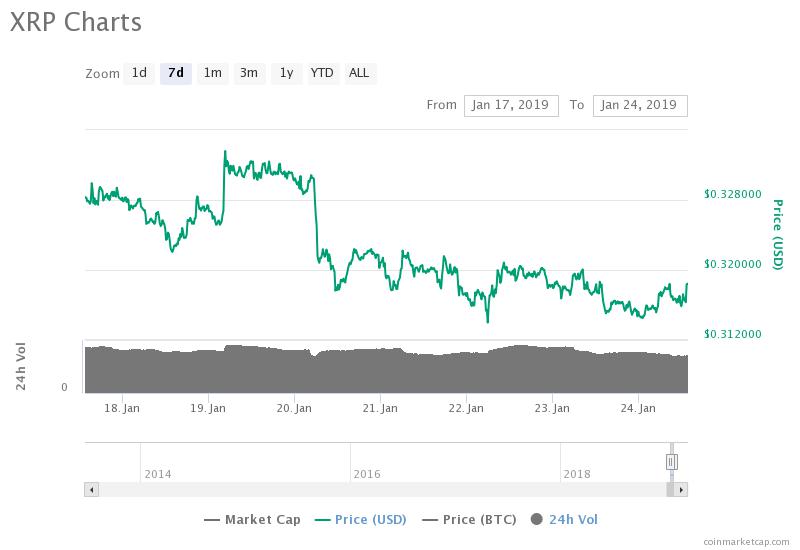 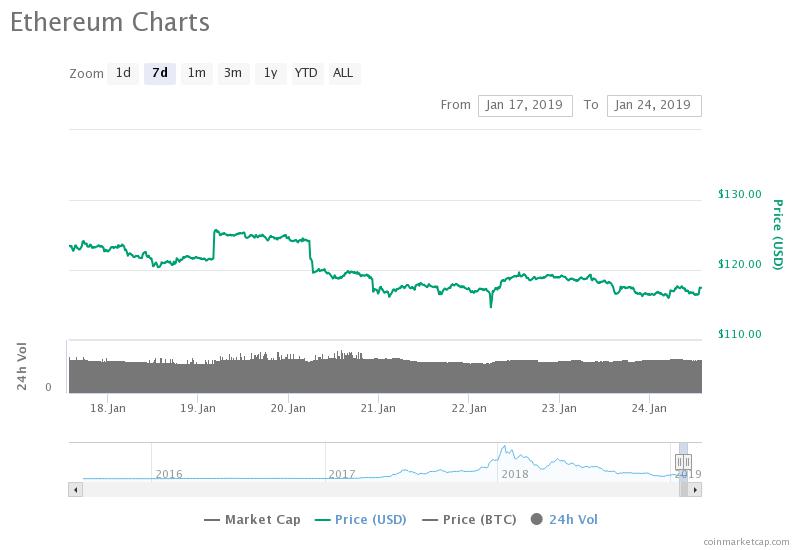 Major altcoin Bitcoin Cash (BCH), which hard forked back in November 2018, is down 2.73 percent at press time, and is trading at $129.51, according to CoinMarketCap. 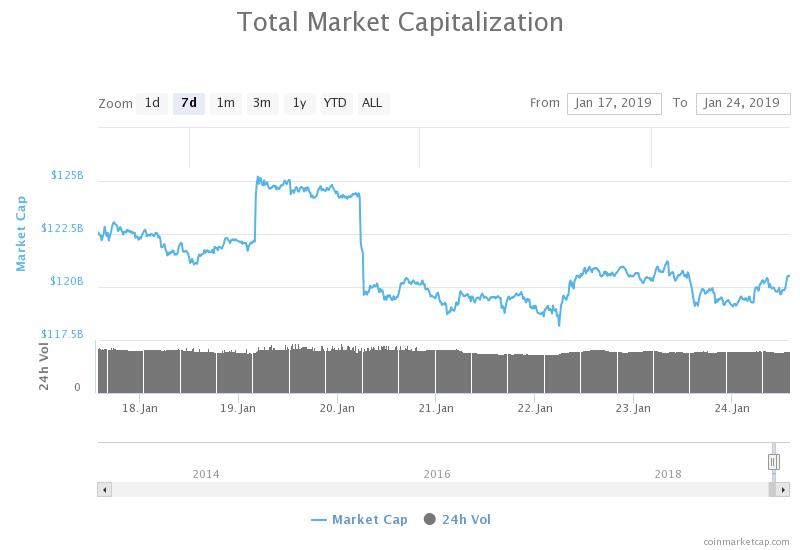 Earlier today, analysts from major global investment bank JP Morgan predicted that the price of Bitcoin could sink even further, possibly below $1,260, as in their opinion, the value of cryptocurrencies remains largely unproven.

The analysts reportedly think that cryptocurrencies only make sense in a hypothetical “dystopian” event, wherein investors have lost faith in major traditional assets like gold and the U.S. dollar.