The ESMA, the EU’s financial governing body, noted several risks of big tech companies entering the financial space as part of a 2020 report 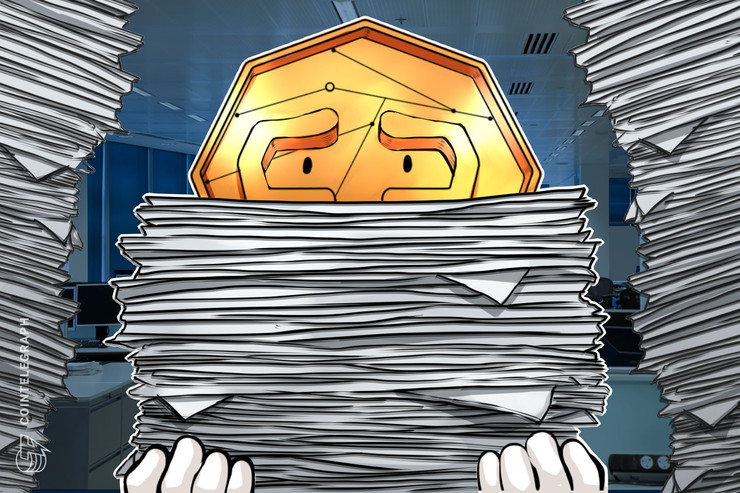 The European Union’s securities regulator has put out a report warning of risks of Big Tech’s entrance into finance.

“The high level of market concentration typically observed in BigTech may get carried into financial services, with potentially adverse impacts on consumer prices and financial stability,”  the European Securities and Markets Authority, or ESMA, said of Big Tech companies entering finance, as part of its 2020 Trends, Risks and Vulnerabilities report released on Feb. 19.

The report did, however, also mention a few positives of Big Tech in finance. “Prospective benefits include greater household participation in capital markets, greater transparency and increased financial inclusion,” the ESMA text reads.

Additionally, distributed ledger technology holds the power to improve finance, an ESMA representative told Cointelegraph in an email. “It could help streamline cumbersome back-office processes and provide efficiency gains, as noted in our DLT report,” she mentioned as an example.

The representative also mentioned risks associated with such tech, though. “There are important challenges, including in relation to governance, privacy and interoperability, for DLT to be deployed at scale in financial services,” she said. “BigTech firms aiming to leverage on the technology will need to address those risks and challenges in a relevant manner.”

Big Tech companies include the likes of Amazon, eBay, and others that focus primarily on services outside what has traditionally been considered finance. But that has been changing.

Social media giant Facebook looked to pry its way into finance in June 2019, when the social media company published plans for its Libra digital asset. Shortly after Facebook’s announcement, however, U.S. regulators stepped in, seeing the potential risks involved and covering the project with red tape.

Prior to Facebook’s Libra announcement, the social media entity’s co-founder Mark Zuckerberg called for additional regulation on Big Tech in March 2019. Continuing his quest, travelling to two EU nations, Zuckerberg is once again pushing for additional guidelines from regulators regarding data usage, privacy and the like, CNN reported on Feb. 19.

ESMA’s report explained that such tech giants are beginning to enter the financial space, launching payment solutions and other offerings, similar to Libra, which could mean added risk for online customers.

“In many cases, these companies can also use proprietary data generated through their other services, such as social media, to tailor their offerings to customer preferences,” the report said, including that such companies possess the power to overtake a big chunk of the financial services industry.

Such involvement, however, comes with massive risk. “Given the vast amount of sensitive consumer information they handle and the scale of their existing operations (many of which are interconnected with financial markets) their entry into finance also poses distinct risks to markets and consumers,” the report said.

Referencing large tech players’ joining finance as a phenomenon spoken about in the ESMA’s Big Tech write-up, the government agency representative mentioned DLT’s future involvement. “Distributed Ledger Technology (DLT) is relevant to this phenomenon to the extent it may feature in future projects or services offered by the firms in question,” she said. “In other words, relevance will be on a case-by-case basis.”

UPDATE Feb. 20, 19:05 UTC: This article has been updated with information Cointelegraph received from the ESMA after initial publication.