Over 200 financial institutions on RippleNet will have access to Finastra’s network of banks, allowing customers to partner with each other. 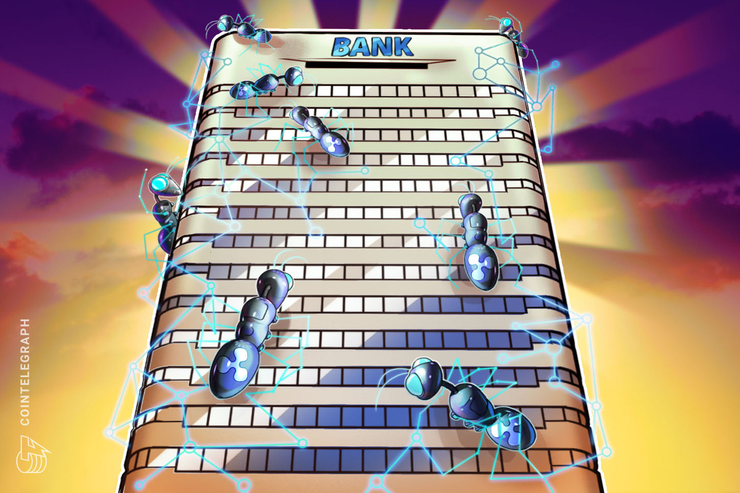 As officially announced by Ripple on Oct. 9, the new partnership will allow hundreds of Finastra’s customers to connect and transact with RippleNet to provide faster and cheaper cross-border payments.

In turn, over 200 financial institutions on RippleNet will have access to Finastra’s network of banks, allowing mutual customers to access and partner with each other.

Users will be able to send international payments with end-to-end tracking and monitoring of the fees, transaction time and status. The collaboration also intends to boost the speed of integration with other network partners and enable faster upgrades, according to the announcement.

Additionally, Finastra’s customers will have the option to use on-demand liquidity, which leverages Ripple’s cryptocurrency XRP for cross-border payments.

Riteesh Singh, senior vice president at Finastra, noted that a partnership with a firm like Ripple is specifically beneficial for customers in “geographies where cost of correspondent banking is high.” He added:

“Finastra’s collaboration with Ripple is another strong example of Finastra’s belief that the future of finance is open, and it demonstrates our commitment to bringing the latest innovations and choices to our customers.”

Meanwhile, Finastra has been an active player in the financial blockchain applications sphere. In May 2019, the firm added three more banks — BNP Paribas, Natixis and Societe Generale — to its R3 Corda blockchain-based syndicated loans platform following previous pilots in 2017.