GDAX has started trading Bitcoin Cash (BCH) this morning as of 9 AM PST, with little fanfare. The status update page for GDAX indicated that all initial testing had concluded as of 11:25 AM, with full functionality being restored.

The addition of BCH on GDAX follows the addition of the hard fork coin on the Coinbase site, which saw the price of BCH rocket to new all time highs. While Coinbase owns GDAX, they are not the same entity. Since the announcement, Coinbase has made no further promises of future additions, however.

The price of BCH responded strongly, with increases on the day around 12%. At press time, the coin was trading at $1742. 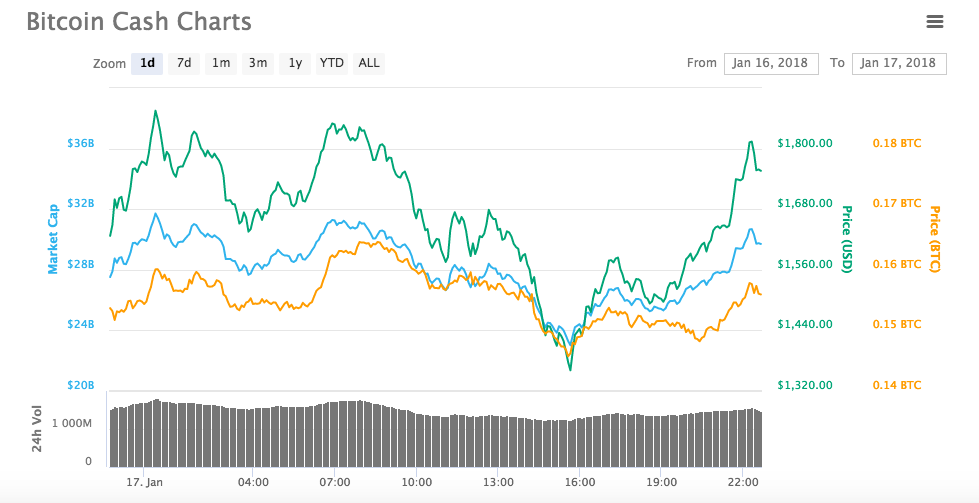 However, the cryptocurrency community was not particularly thrilled with the news, given the slowness of GDAX to implement the SegWit protocol. For example, Jameson Lopp, an engineer at BitGo, tweeted:

It's not a new revelation that a significant cause of bitcoin network congestion is from popular services such as @blockchain, @coinbase, and @gemini who are using block space inefficiently. If you don't want to contribute to the problem, don't use them. https://t.co/f1AO2ePRMw

Coinbase had made promises regarding SegWit integration at the end of last year, but have been slow in actually fulfilling them. SegWit would allow for cheaper and faster transactions. Other services are also slow in adding SegWit support, including Blockchain and Gemini.

How about you focus on segwit and batching transactions... Thanks!!