Google searches for “Bitcoin halving” have hit an all-time high, far exceeding the spike associated with the previous halving event by 350%.

Searches for the Bitcoin (BTC) halving event have reached 100 on Google's normalized scale, indicating their highest-ever value. At the time of the last halving in 2016, this value was at 28. This means that the current level of interest is nearly 360% higher than it was four years ago.

The previous halving, which decreased the block reward from 25 BTC to 12.5 BTC, happened on July 9, 2016. Although the price had run up prior to the event, the real bull run ensued months later. This time around we have experienced a significant price appreciation since Black Thursday. However, we are still far behind Bitcoin’s all-time high of nearly $20,000.

Despite the recent bull trend, Bitcoin has been stuck in a bear market for two and a half years. In order to leave this unprecedented downturn, Bitcoin would have to break the previous high set in December 2017, 17 months after the halving. 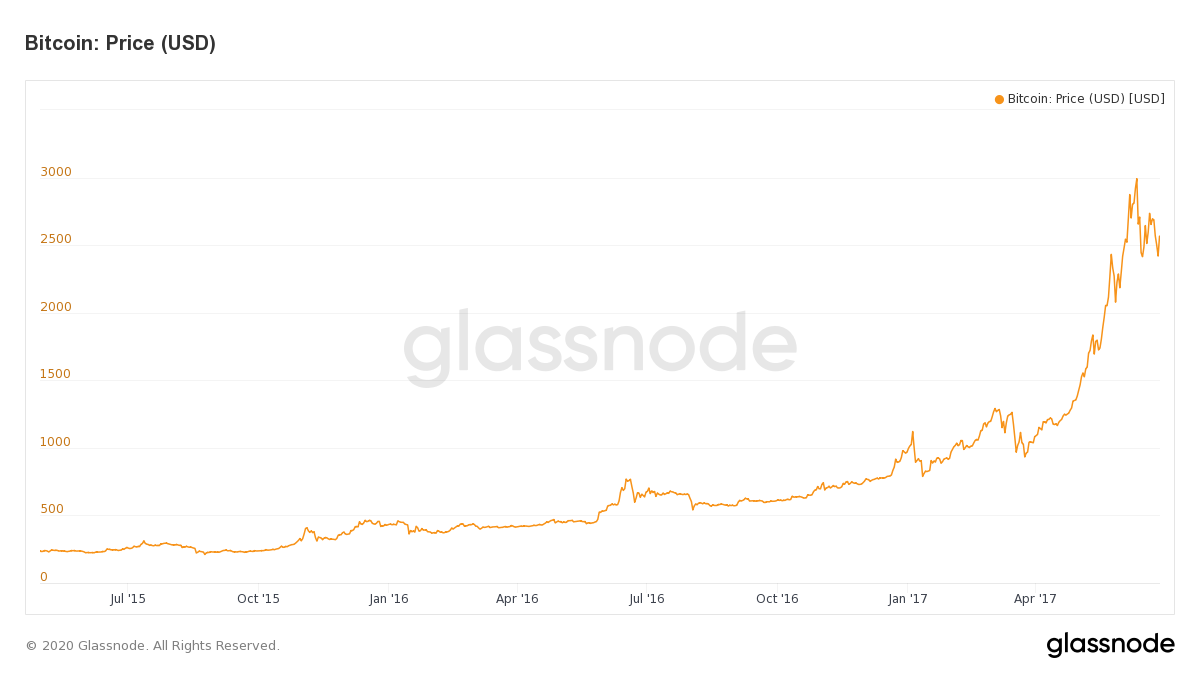 The increase in public interest in the event is not surprising considering how much the crypto space has expanded in recent years. In addition to this natural growth, the ongoing economic crisis is likely another contributing factor to this spike.

Recently, we reported that famed hedge fund manager Paul Tudor Jones is hailing Bitcoin as a hedge against fiat inflation. The weight of his reputation in the financial industry could precipitate levels of institutional adoption that could push Bitcoin to new highs.