The Bitcoin (BTC) price spiked from $6,900 to $7,300 across major cryptocurrency exchanges, liquidating $90 million on BitMEX and Bitfinex alone.

While several traders anticipated the Bitcoin price to see a strong upsurge as it breaks out of the $6,900 resistance level, the abrupt upsurge to $7,300 caught many technical analysts off guard.

What happens next to Bitcoin?

The Bitcoin price is often susceptible to large downside movements as seen on March 12, when the price dropped to $3,600 from $8,000 on a single day.

Bitcoin tends to see overextended price movements because of the concentration of its volume in the futures market. According to the data from Bitwise Asset Management, the verifiable 24-hour spot volume of Bitcoin is estimated to be around $1.5 billion.

In contrast, BitMEX alone has processed $2.9 billion in the last 24 hours, with Binance Futures, OKEx, Huobi, Bybit and Deribit also seeing high volumes across top cryptocurrencies including Bitcoin and Ethereum.

On futures exchanges, traders typically use leverage ranging from 1x to 125x, essentially trading with borrowed funds. Leveraged trades leave the market vulnerable to extreme price swings, as they lead long contracts and short contracts to be liquidated in short periods of time.

Prior to the drop, the majority of traders in the crypto market were longing Bitcoin. Across BitMEX, Binance Futures, and Bitfinex, around 60 percent of futures contracts were longs.

The steady increase in buying demand started to squeeze Bitcoin shorts, forcing traders to market buy and adjust their positions. The squeeze continued on past $7,000, bringing the price of BTC to $7,300 in quick succession. 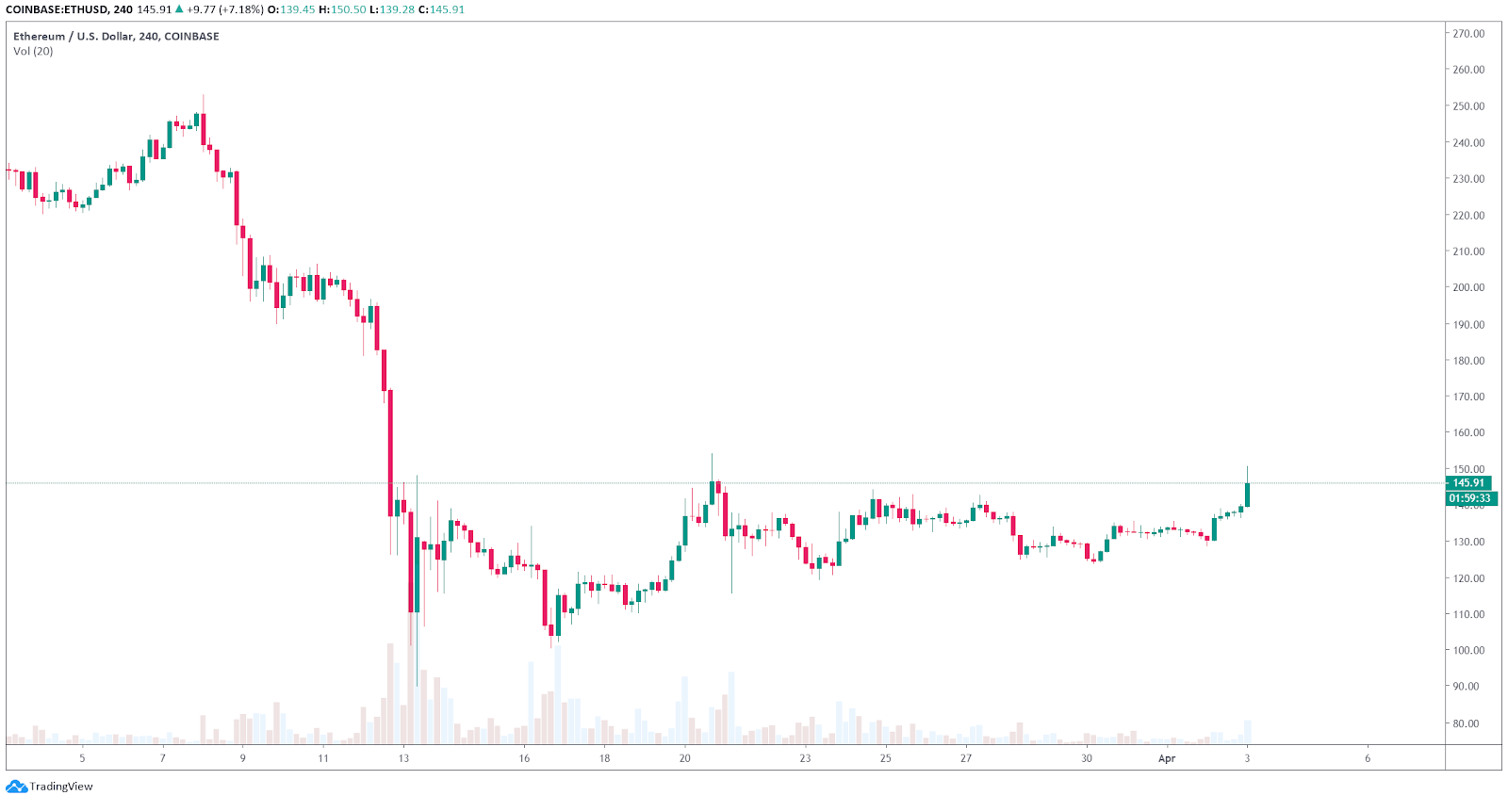 Highly regarded traders like Flood previously said that the strong recovery of Bitcoin from the $5,900 support level would likely result in a new test of higher resistance levels.

If shorts liquidation was the main reason, isn’t it a bearish retest?

Had the entire move been triggered by a cascade of short liquidations from low levels, it would make a solid case for a short-term bearish retest.

But, since late March, the gradual increase in the price of Bitcoin since low $6,000s has primarily been led by growing spot volume and demand.

“Our customers typically buy 60% more than they sell but during the crash this jumped to 67%, taking advantage of market troughs and representing strong demand for crypto assets even during extreme volatility,” said Coinbase.

A spot market-driven rally that is supplemented with shorts liquidation presents a more optimistic short-term outlook than just a futures market-driven price spike.

The key to sustaining the newly found short-term momentum of Bitcoin would be a slow grind upwards following the initial rapid increase to $7,300.