The Supreme Court of India has blocked all further petitions in High Courts against the central bank’s block on crypto dealings, local sources report.

Report: the Reserve Bank of India’s ban on crypto dealings is still upheld, after the country’s Supreme Court ruled to prevent any further petitions against the ban 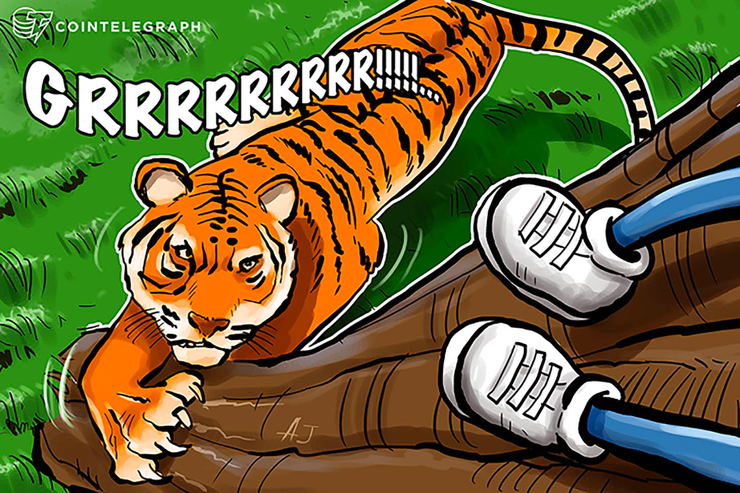 The Supreme Court of India has decided that no petitions can be filed in any High Court of India against the Reserve Bank of India’s (RBI) April 6 circular about ending all dealings with cryptocurrency, according to local news outlet Inc42.

Citing a Twitter post May 17 from a team of Indian lawyers involved in crypto regulatory analysis, Inc42 reports that the Supreme Court has refused to pause RBI’s crypto ban and has ruled that no further petitions against RBI’s ban can be filed in any High Court. The Supreme Court has also reportedly set the next hearing date for the existing petitions for July 20, 2018.

Anatomy of variance in reports by platforms on SC hearing date:
1. 30th -Date first given by Court which was immediately changed to 20th on a Counsel's request.
2. 13th -Mistake in hearing 30th as 13th.
3. 20th -Actual date fixed by the SC.
4. 2nd -System generated on SC website. https://t.co/7Vy5pqlctO

At the end of April, the High Court of Delhi also issued a notice to the RBI, the Ministry of Finance, and the Goods and Services Tax (GST) Council that alleged the decision to end crypto dealings violated the constitution.

Public outcry against the ban included an online petition for “Mak[ing] India at the forefront of Blockchain Applications Revolution” that has garnered over 44,000 signatures. American billionaire tech investor Tim Draper referred to the ban as a “huge mistake” that could cause a brain drain in the country.

Despite its no tolerance stance toward decentralized cryptocurrencies, RBI is reportedly considering issuing its own central bank digital currency (CBDC). RBI has formed an inter-departmental group to investigate the potential advantages of a CBDC.