Is Chainlink Poised for a Sell Off After Reaching New ATH?

Data from Santiment indicates that the power behind Chainlink’s rally to new ATHs may be dwindling.

Chainlink rallied another 4% today, maintaining its place as the fifth largest crypto asset by market cap — but are investors starting to become skittish?

According to on-chain analytics resource Santiment, Chainlink (LINK) investors may be “becoming increasingly uncertain in its prolonged rally.” Santiment reported that though there weren’t “many bearish indicators or signs of an impending top” for LINK as of last week, that may no longer be the case.

The number of LINK deposits into crypto exchanges reached an all-time high (ATH) of 8.2 million, the same day the token reached an ATH price of roughly $15. LINK holders may be moving their tokens to exchanges to take profits as the last time an ATH for this metric was recorded the price was at $4.51, the token’s highest at the time. 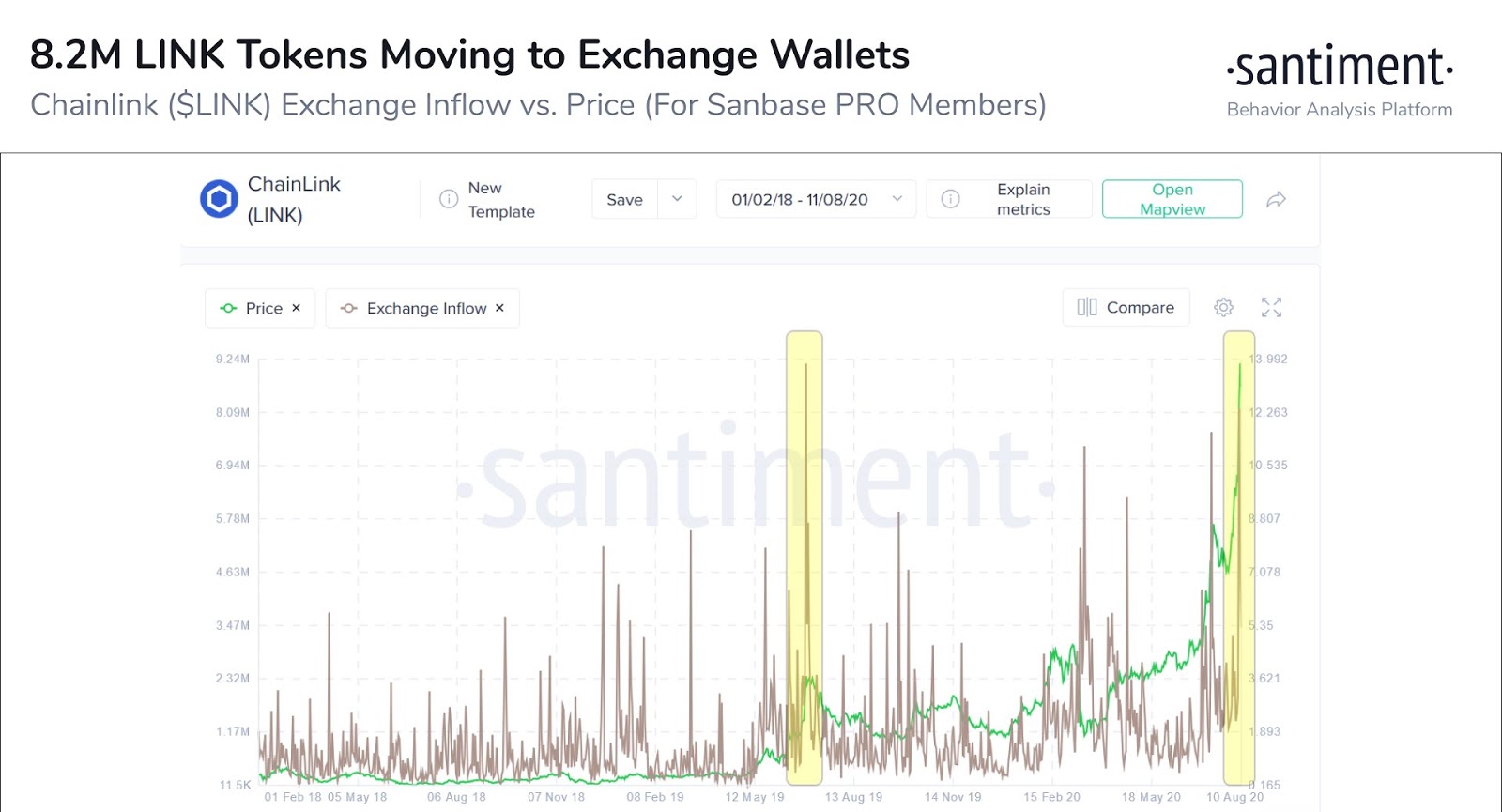 Despite these signs, LINK has not slowed down yet. Thanks to new investors like Dave Portnoy, CoinMarketCap data shows LINK hit a new all-time high today around $18.37 and now has a market capitalization of more than $6 billion.

What’s behind the LINK rally?

Cointelegraph reported on multiple factors which could have contributed to LINK rallying to new all-time highs, from the squeeze of short contracts in the futures market to most recently demand from yield farmers trying to get their hands on YAM tokens — before the token tanked earlier today.

One of the strangest stories around LINK during its rally revolved around Zeus Capital. The investment firm has attempted to talk the price of the token down and even reportedly offered Crypto Twitter influencers payments to post about LINK’s price action, reportedly because the firm holds a massive short position on the token.