Who knew 140 characters would go this far?

Twitter CEO and Square founder Jack Dorsey has started a new fund called Start Small LLC, aimed at fighting COVID-19. He’s seeding the fund with $1 billion, roughly 28% of his wealth. He shared the news via Twitter: 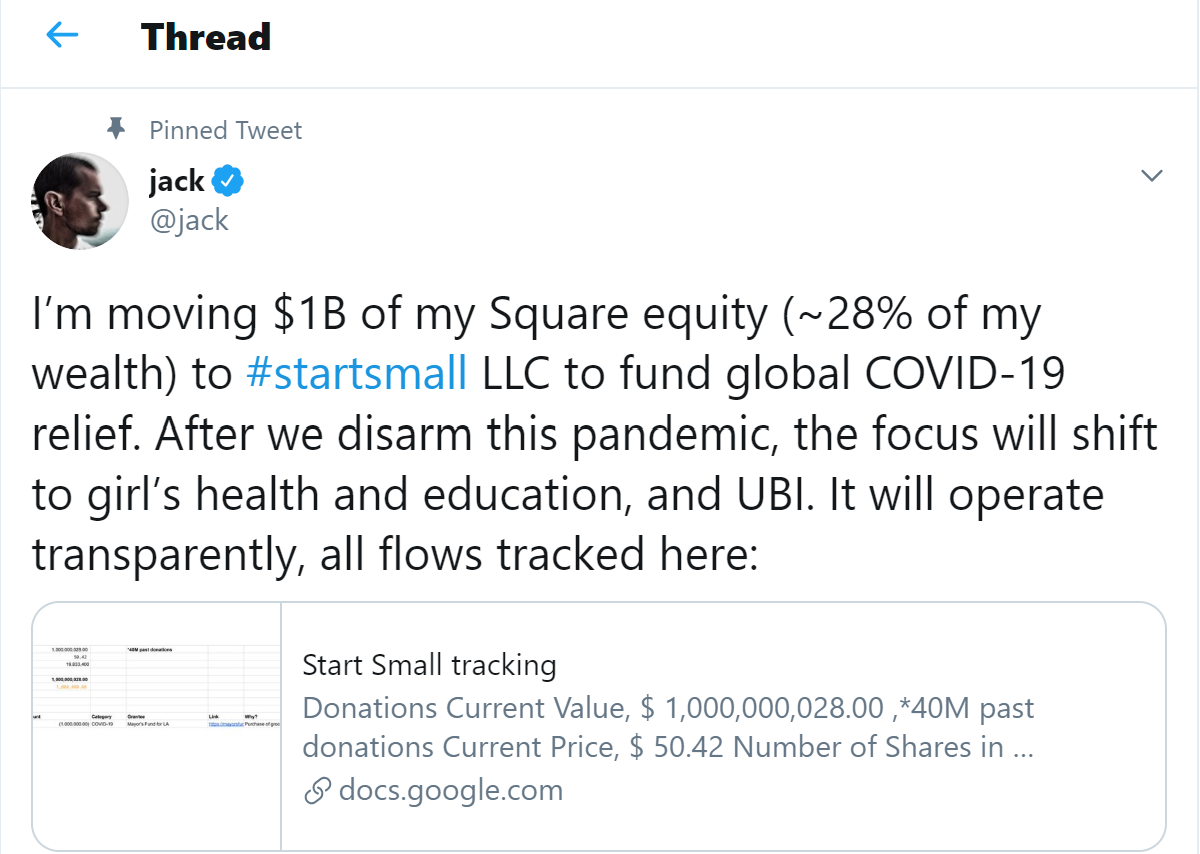 The fund’s efforts will initially focus fighting the global pandemic currently dominating the news cycle, but will eventually switch to providing money for girl’s health, education and universal basic income (UBI) initiatives. Dorsey is really putting his money where his mouth is when it comes to taking action to improve the world:

“I believe they represent the best long-term solutions to the existential problems facing the world. UBI is a great idea needing experimentation. Girl’s health and education is critical to balance”.

He promises that all the funding will be transparent, and further notes:

“The impact this money will have should benefit both companies over the long-term because it’s helping the people we want to serve.”

Dorsey is a known Bitcoin supporter. He recently suggested that Square’s CashApp should be used to distribute the U.S. stimulus package. Meanwhile, Bitcoin remains one of the few strong revenue generators for CashApp in the face of the crisis.