The Bank of Lithuania announced that it will release its first digital, blockchain-based collector coin in the spring of next year. 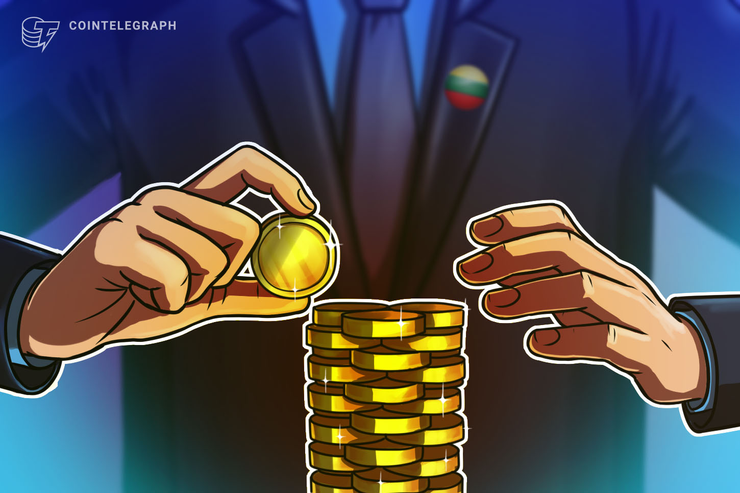 The Bank of Lithuania announced that it will release a digital, blockchain-based collector coin in the spring of 2020, according to a press release on Dec. 9.

The coin is dedicated to the Act of Independence of Lithuania on Feb. 16, 1918, and its 20 signatories. In homage to the year of the act, the coin will bear a denomination of 19.18 euros, while its size and form will resemble a credit card. Bank of Lithuania board member Marius Jurgilas said they chose the theme because of the significant role the Act played in Lithuania’s history.

Blockchain technology will be the layer hosting the 24,000 tokens that the institution plans to release to the public, each featuring one of the Act’s 20 signatories. The coins will be divided into six categories based on the signatories area of activity, with 4,000 coins in each category.

With each purchase, the collector is rewarded with six randomly selected tokens. Once the buyer holds one coin per every category, he will be able to redeem a physical silver coin. The tokens will be available for purchase on the central bank’s online store.

The bank hopes that the initiative will engage a younger generation in coin collection and says that, in order to appeal to a younger audience, the purchasing process will also include unspecified “elements of play.”

Part of a broader initiative

Jurgilas said that the project is a learning experience for the central bank, as it will gain more experience in creating virtual assets. He added that such expertise is particularly relevant now that central banks are discussing crypto assets and cryptocurrencies are emerging.

The bank noted that it considers the project to be only one step in its innovation and fintech initiative. In October, the central bank also announced that it selected technology behemoth IBM and IT services firm Tieto as the finalists contending to develop its blockchain platform.