“Big Three” management consultancy firm McKinsey & Company has argued that blockchain technology is gaining slower traction with retail banks due to regulatory hurdles and a conservative consumer environment. The news was reported by Bloomberg on June 7.

McKinsey reportedly characterized retail banks as nervous and cautious when it comes to blockchain, as distinct from their ostensibly more adventurous investment banking counterparts.

Factors contributing to this difference include, McKinsey argues, a more stringent regulatory environment for consumer finance and the controversial reputation of blockchain-based decentralized cryptocurrencies such as bitcoin (BTC).

In addition, the success of existing disruptor payment services such as Zelle is ostensibly slowing the adoption of new blockchain-powered solutions, the authors claim.

Despite this, McKinsey argues that retail banks could see significant gains across multiple applications — including processing remittance payments, managing Know Your Customer compliance, fraud prevention and risk assessment — were they to embrace blockchain.

In particular, the report isolates cost efficiencies as a key promise of the technology, noting the importance of streamlining expenses for retail banks:

“Almost all of their attention, especially in developed markets, is on cost reduction. And where cost reduction is front and center they are prepared to look at petty much any opportunity.” 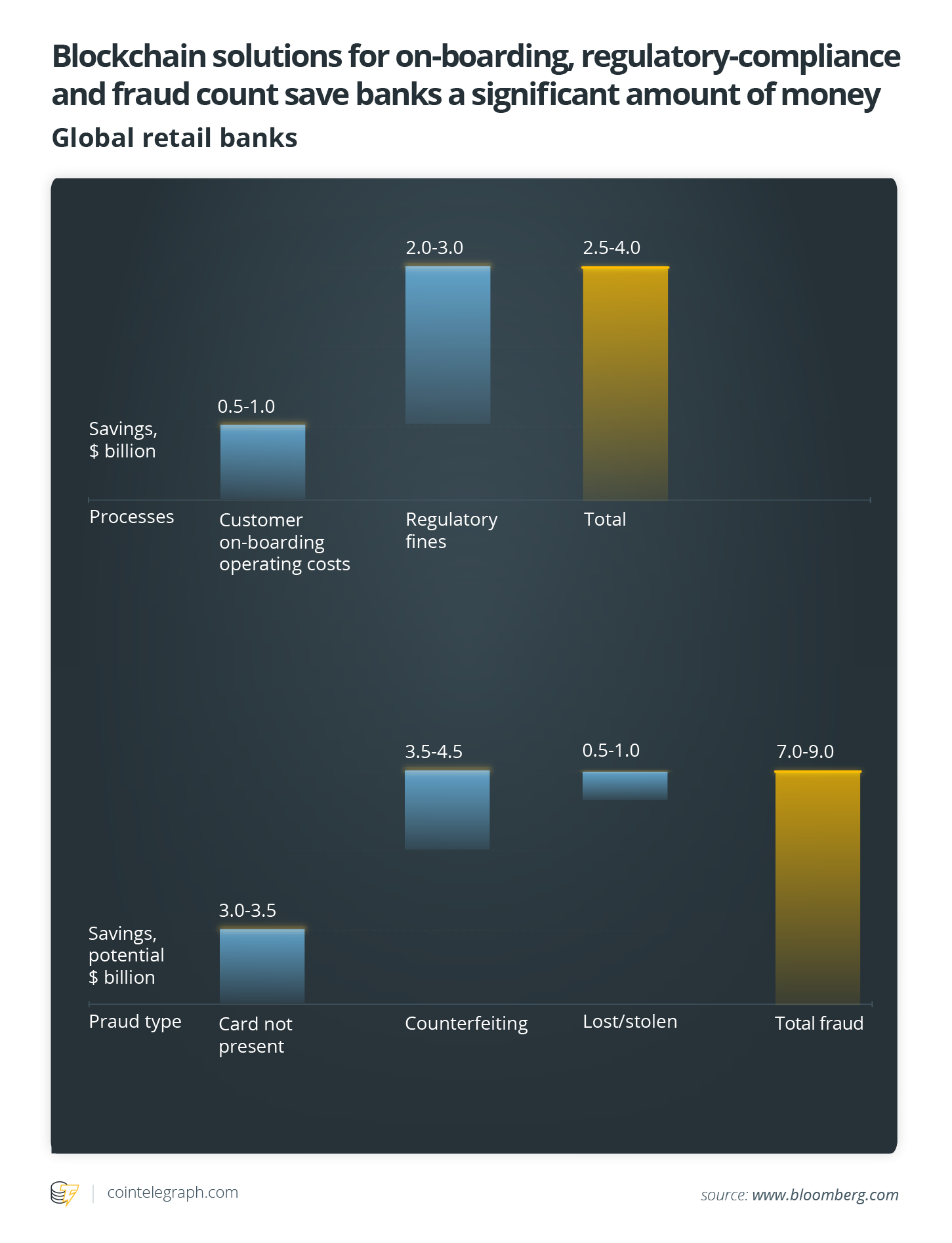 The consultancy firm estimates that $4 billion could be saved annually by adopting blockchain solutions for cross-border payments, with an additional $1 billion to be saved per year in on-boarding costs for new clients. In regard to fraud, blockchain applications could reduce losses by up to $9 billion, the report claims.

Thus despite the slower inroads the technology has made to date in the sector, McKinsey notes its clients are shifting their tune and beginning to explore how to implement the technology within their business — in contrast to their earlier focus on battling crypto-associated risks.

The report proposes that to encourage adoption, the exchange between fiat currencies and digital assets should be smoother so as to prevent the risk of volatility-related losses for consumers. It also advocates for the establishment of more clarity in the regulatory sphere,

As previously reported, a McKinsey report from January of this year argued that there remains scant evidence of practical, scalable use cases for blockchain and characterized the technology as relatively unstable, expensive, and complex.