Dairy Farmers of America has partnered with food fintech startup ripe.io to launch a blockchain-backed platform for its food supply chain.

A collaboration between food fintech startup ripe.io and Dairy Farmers of America aims to launch a blockchain-backed platform to improve the food supply chain 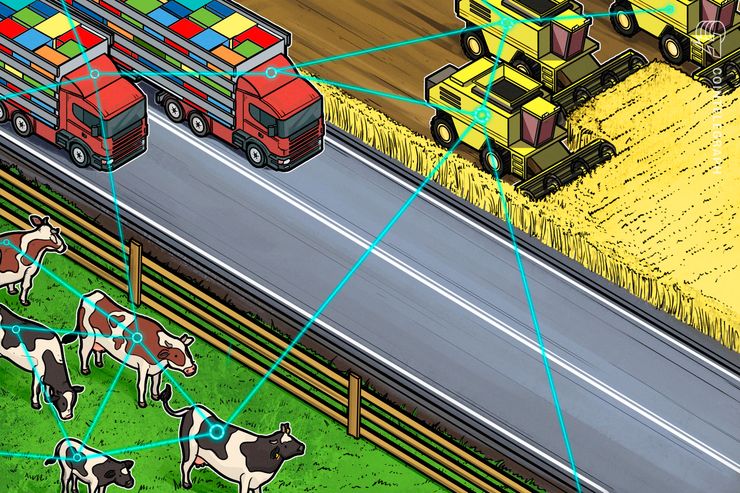 Dairy Farmers of America (DFA), a U.S. national milk marketing cooperative, has teamed up with food fintech startup ripe.io to pilot a blockchain-powered project aimed at improving the food supply chain, according to an announcement published September 25.

DFA is a cooperative owned by dairy farmer-members in 48 states, the net income of which totalled $127.4 million in 2017, while its net sales were over $14 billion. In 2017, the cooperative directed the marketing of 64.4 billion pounds of milk, representing approximately 30 percent of the total milk production in the U.S.

Now, DFA is embracing blockchain technology in order to increase supply chain transparency. The pilot project is deploying a blockchain platform developed by ripe.io and using data from a group of DFA member farms and one of the DFA’s manufacturing plants. David Darr, Vice President of Sustainability and Member Services at DFA, said:

“Consumers today want to know where their food comes from and blockchain technology, like ripe.io, gives consumers real-time data, which can really help increase trust and confidence about food production from start to finish.”

Darr noted that currently, DFA intends to assess the technology and explore how the organization can benefit from using it.

Blockchain technology has seen a variety of applications in agriculture and food supply chains. Earlier this month, Albert Heijn, Holland’s largest supermarket chain, in partnership with its supplier, Refresco, revealed it is using blockchain to make the production chain of its orange juice transparent.

Yesterday, Cointelegraph reported that U.S. retail giant Walmart and its division Sam’s Club will require suppliers of leafy greens to implement a farm-to-store tracking system based on blockchain by September 2019. Walmart will also reportedly require a similar traceability system “for other fresh fruit and vegetable providers within the next year.”