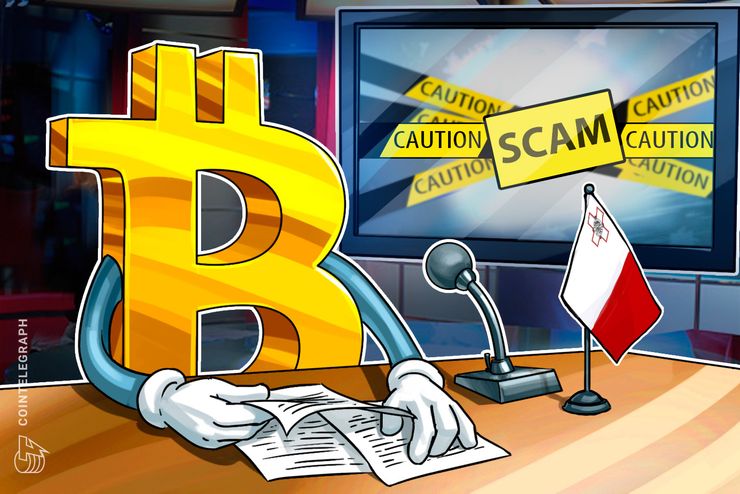 The Malta Financial Services Authority (MFSA) has issued a warning against an alleged global scam scheme known as “Bitcoin Revolution,” according to an official document published today, Jan. 25.

According to the Maltese regulator, the alleged crypto scam represents a typical get-rich-quick scheme, and operates through the website the-bitcoinrevolution.org and several other unnamed websites.

The fraudulent entity also reportedly promotes its scheme by using advertising on unspecified social media platforms that redirects users to pages containing a number of prominent local personalities that claim to make large profits from crypto investments. The warning statement notes users are redirected to those pages without their consent.

The MFSA has stressed that to date no entity is authorized under its Virtual Financial Assets Act (VFA), which was passed in July 2018 to date. The financial watchdog further emphasized that Bitcoin Revolution is neither registered in Malta nor is licenced to provide financial and investment services there.

Following a warning note urging global investors to carefully review a certain financial service operator before investing, the MFSA provided a list of entities licensed by the MFSA that is available on the official website of the regulator.