The fact that Bitcoin (BTC) price was unable to break through the resistance level at $12,000 meant a retracement was imminent.

However, the fast pace of the current retrace was not expected by the markets and has surprised a lot of traders. The crucial support zone of $11,100 failed to provide support and led to the current tumble towards the $10,500 region. 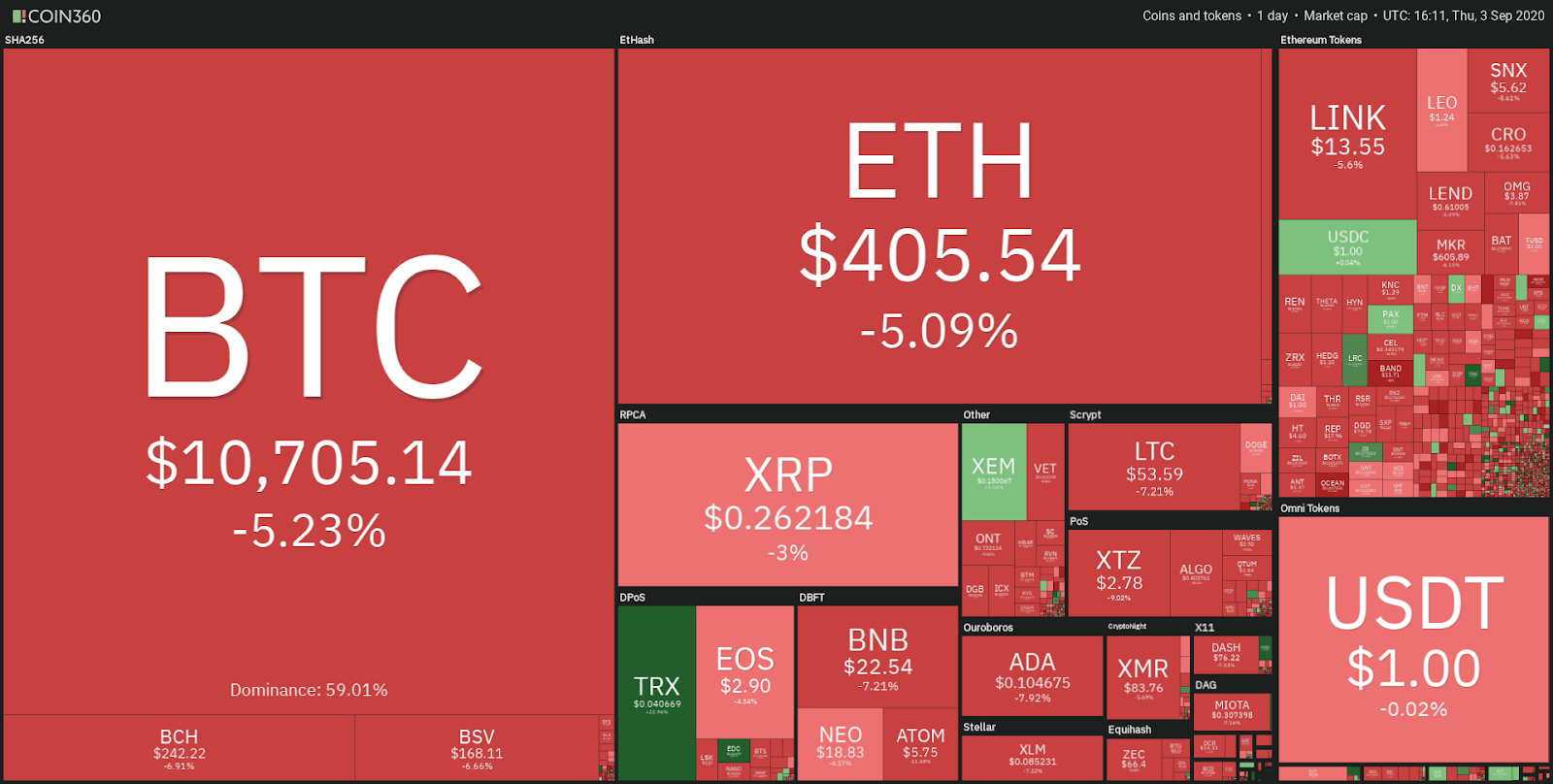 Not only has the price of Bitcoin been showing weakness today, but the U.S. equity markets are also experiencing a massive sell-off as well.

The Bitcoin daily chart is showing a clear rejection of the $12,000 zone, after which a sharp drop occurred. Such a drop wasn’t unexpected, given the rejection of $12,000. However, a closer look will determine whether the fast-paced drop towards the $10,500 was a likely outcome.

The lower time frames are showing a clear break of the $11,100-$11,300 support area and the blue boxes show that the support has been tested several times.

The more a support level is tested, the weaker it becomes and after the rejection of $11,400 on Sep. 2, a renewed test of the support zone at $11,100 could warrant support.

This failure caused the prices to drop towards the lower support zones, which can be found at $10,400-10,600. Given the significance of the drop and the fast pace, a short term relief bounce is on the tables.

Unfortunately, there’s not much bullishness to see on the chart at this point. First of all, to consider anything bullish, support has to be established between $10,400-$10,600.

If that area can establish some support, a short term bounce towards the $11,200-$11,300 area could occur. Immediately, that’s also the crucial point for any further reflection of bullishness.

It’s unlikely to expect an apparent breakthrough in this resistance zone in one go, as the price has been holding support at this level for weeks.

After these double bottom tests, an eventual breakthrough of $11,200-$11,300 would warrant the possibilities of renewed tests of the $12,000 level.

Losing the support at $10,400-$10,600 would invalidate the bullish scenario and warrant further downwards momentum.

The bearish scenario is relatively the same. However, the clear difference is a failure of the support to sustain support.