The drop-off in Bitcoin mining revenue to 2019 levels show a macro bottom for BTC is near as the impact of the halving is starting to be felt.

The revenue of Bitcoin (BTC) miners dropped to early 2019 levels for the second time in 2020. Every time it declined to a multi-year low, it marked the start of a bullish trend for BTC.

The last time the daily revenue of Bitcoin miners hovered at around $7 million was on March 13, 2020. At the time, the price of BTC dropped to as low as $3,600 on BitMEX following a cascade of more than a billion dollars in long contracts. 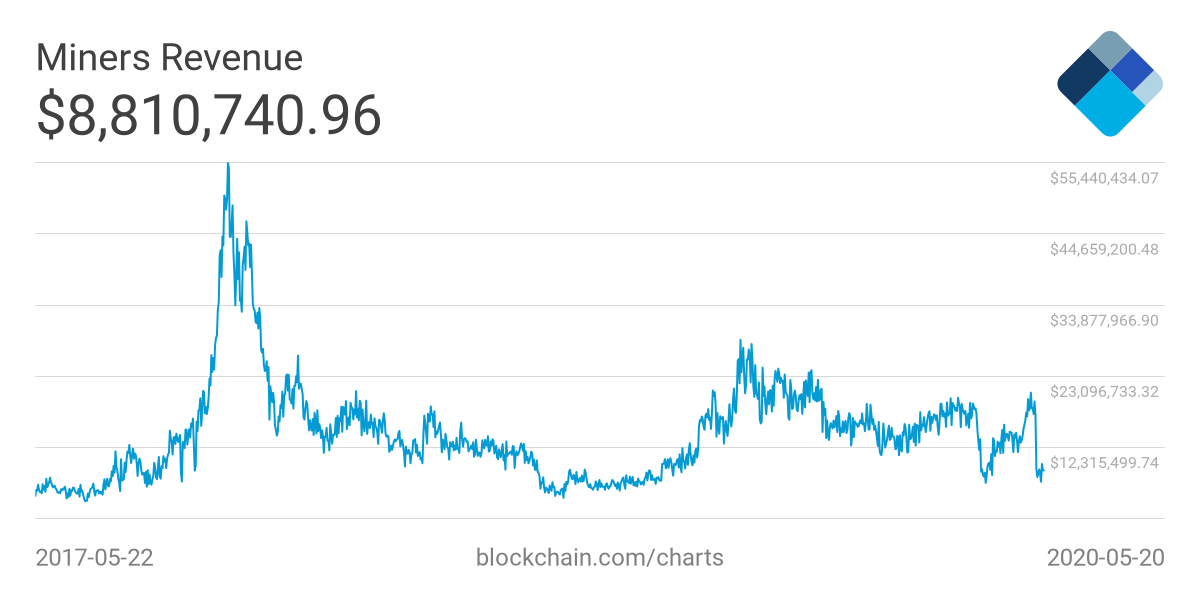 Bitcoin may see a similar trend in the coming months

When Bitcoin mining revenue falls steeply, it indicates that over-leveraged miners are capitulating due to unfavorable market conditions.

From March 12 to March 13, the mining revenue declined as a result of a 50% drop in the price of Bitcoin in a span of 24 hours. This time, the drop-off is seemingly caused by the effect of the Bitcoin halving on the mining ecosystem.

Before the halving, miners were generating about 1,800 BTC per day in revenue. Today, miners are expected to make around 900 BTC per day.

Typically, this marks a bottom for Bitcoin because it indicates a peak level of fear in the market. Some unprofitable miners are shutting down while BTC is stagnant. Therefore, Bitcoin could see short-term volatility as on-chain data suggests the generational bottom before a new bull cycle is seemingly being established.

The Puell Multiple, a macro indicator that uses the daily issuance of BTC to measure the trend of the market, shows that BTC is close to its bottom. 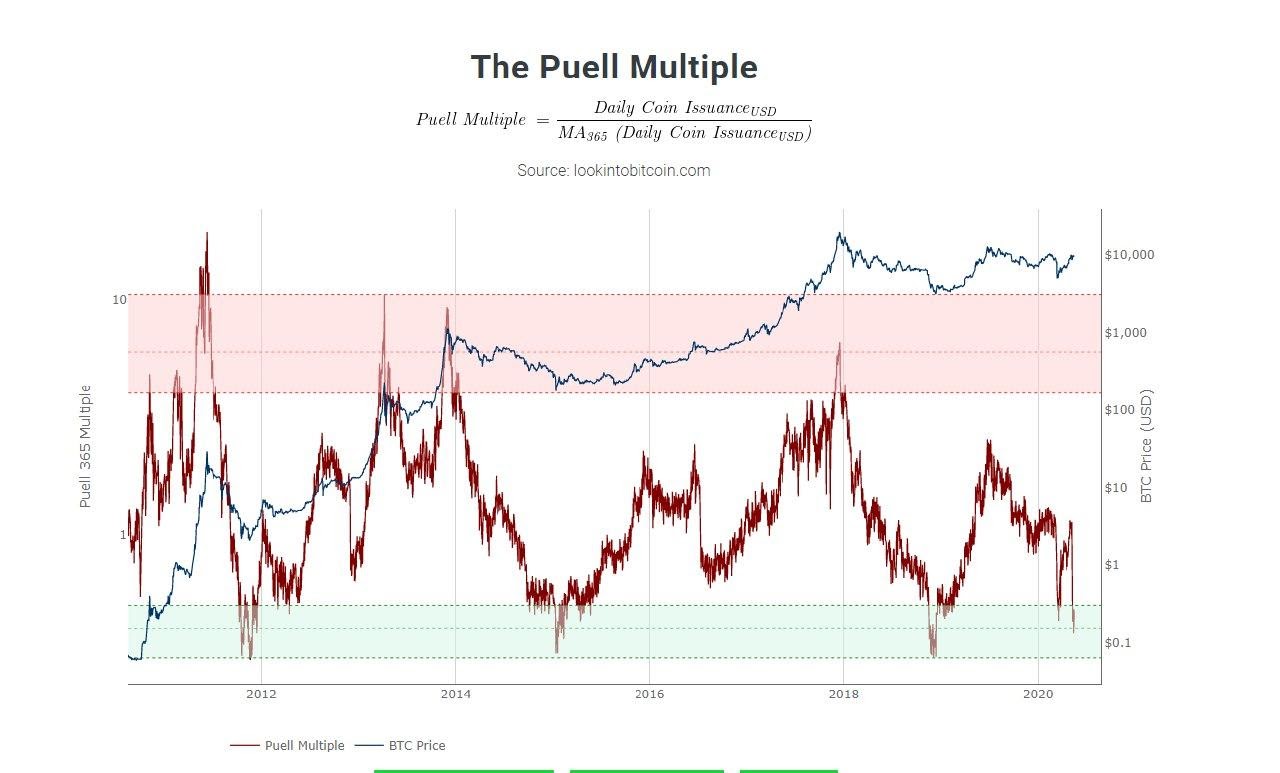 While the Puell Multiple suggests there may be another minor pullback in the short-term, it is showing a 2018-esque trend wherein BTC is gearing towards a bullish trend as seen in early 2019.

Technical indicators such as the Relative Strength Index (RSI) and the Moving Average Convergence Divergence (MACD) for large time frames also show that BTC is nowhere near the top following a 160% price spike.

“Notice how major BTC cycle top & bottoms were printed against the backdrop of peak volatility? Simple look will tell you $10k is a small hiccup.” 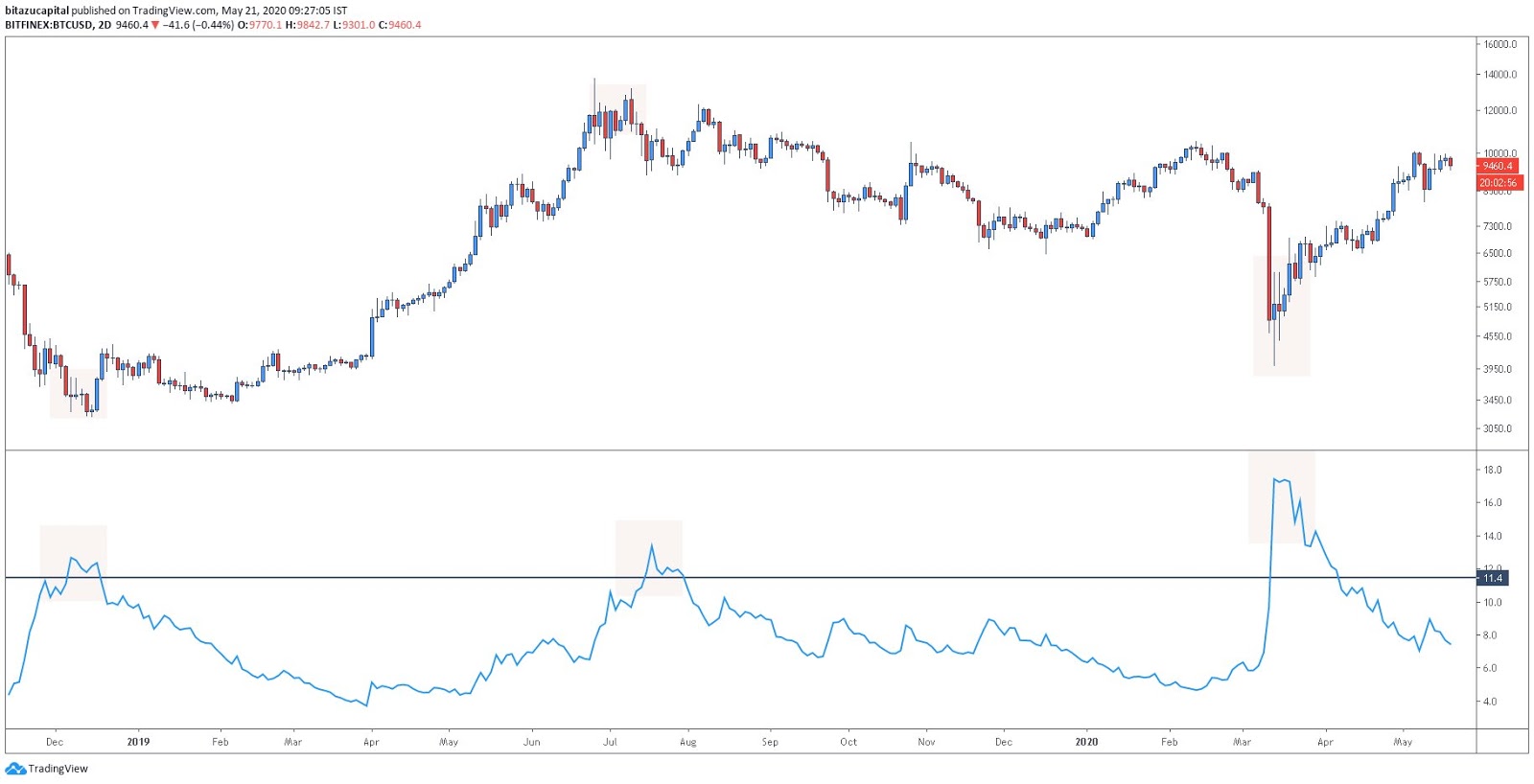 Volatility index shows Bitcoin is not at a local top. Source: Mohit Sorout

The price of BTC nearly tripled since March 13 from $3,600 to $10,085 and yet, historically accurate indicators are not showing a top-like structure for BTC.