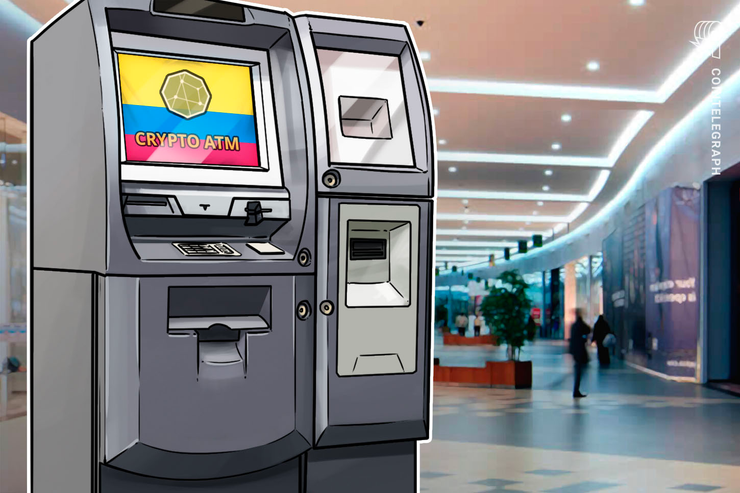 In a press release shared with Cointelegraph on Sept. 5, Paxful announced that it is joining forces with CoinLogiq to bring 20 new ATMs to several points of interest to the main Colombian cities such as Bogota and Medellín.

The partnership between the two companies will reportedly encourage people to withdraw digital currencies in the area of Medellin and other cities in Colombia and will offer customers the ability to buy Bitcoin using different payment methods, such as online transfers, gift cards and other more traditional methods like cash and credit and debit cards.

Colombia is experiencing a crucial moment for its cryptocurrency industry. Due to the clear interest Colombians have in adopting digital currencies, the Republic Bank is already part of the Distributed Ledger Technology initiative to assure greater security and tranquillity to the growing rate of cryptocurrency users.

Ray Youssef, CEO and co-founder of Paxful stated that he is proud to be working together with Coinlogiq. He added:

“Latin America has real heroes in the CoinLogiq crew. They genuinely care and are focused on real use cases. This is what makes bitcoin real and a part of people’s daily lives. We are proud to work with them,”

CoinLogiq CEO, Dwayne Golden Sr. shared his hopes that the alliance with Paxful will encourage more such relationships for other global leaders within the crypto community. He continued by saying:

“I am now even more convinced that mass adoption will not happen without the influence of the kind of synergy that can now exist as a result of this Paxful and CoinLogiq joint venture.”

Magdiela Rivas, Paxful’s Manager for Latin America, added that this partnership will also be responsible for installing another 25 crypto ATMs in Peru.

80% of Colombians open to investing in crypto

Cointelegraph reported on Aug. 16 that according to a recent survey commissioned by Paxful, an astounding 86.5% of Colombians are familiar with cryptocurrency and 80% are open to investing in the digital asset class.

Close to 86% added that they are convinced that crypto-specific regulation would be necessary in Colombia.