Post-Halving Report: Brazil Could be New ‘Demand Source’ for Bitcoin

When Brazil’s central bank lowered its interest rates to 3%, potentially driving out some investors, it may have opened the doors for BTC.

Bitcoin’s year-to-date performance compared to the Brazilian Real coupled with the country’s financial woes may help drive demand towards the cryptocurrency.

According to a new report released May 11 by Delphi Digital titled “The State of Bitcoin”, Brazil’s central bank lowering its interest rates to 3% and the fact the Real had lost 30% of its value relative to the U.S. dollar could drive away investors “who find the risk-reward tradeoff no longer attractive” in certain local markets.

Delphi Digital speculated that this potential exodus could lead to a greater push towards Bitcoin (BTC) in Brazil:

“This is not to say that capital flooding out of emerging markets will flow right into bitcoin… but the sheer size of this potential move could serve as another demand source for BTC, especially if tighter capital controls become more commonplace.” 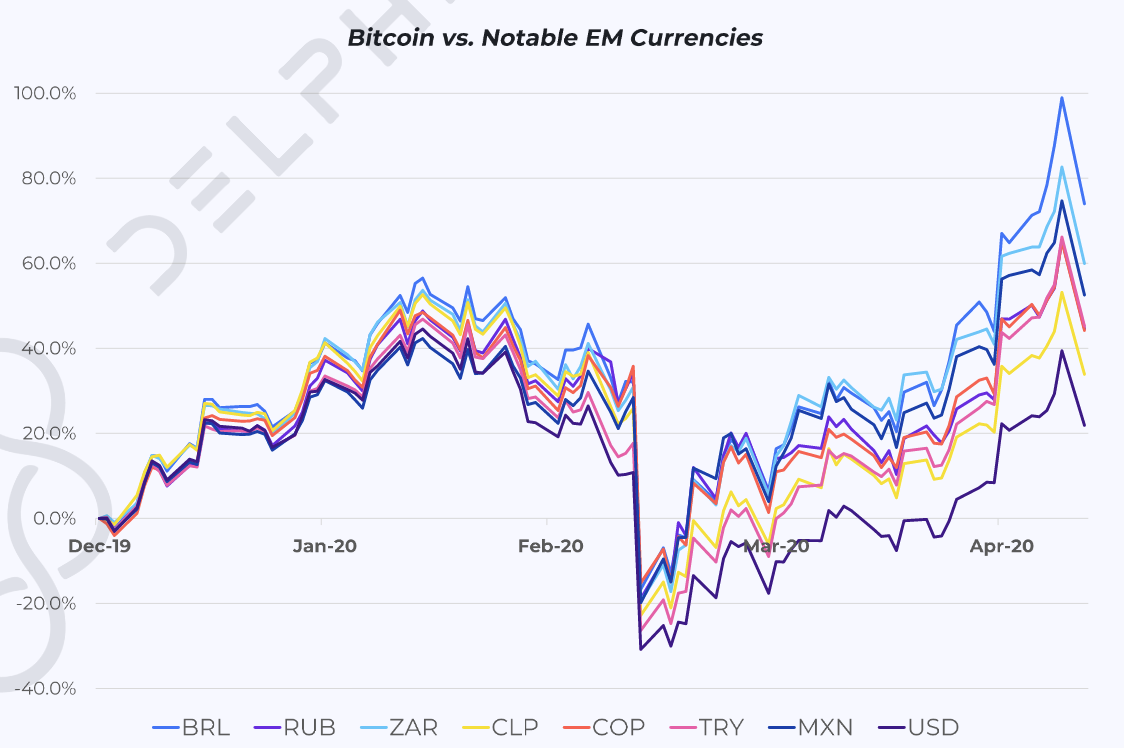 Though the country’s Bitcoin market might be getting riper for investors, cryptocurrencies in Brazil have had their share of regulatory challenges and influential critics. Four companies focused on Bitcoin trading have closed since 2019. Even the President of the Brazilian Banking Federation has argued that cryptocurrencies are not really currencies at all.