The Rhode Island government is seeking proposals from qualified firms on blockchain solutions that improve efficiency, transparency, accuracy and security in the state.

The Rhode Island Department of Administration/Division of Purchase in the United States has issued a public solicitation for blockchain solutions via proof-of-concept proposals, according to official documentation published on May 31.

The department is particularly seeking proposals from “qualified firms” that aim to “further the State’s goal of becoming more efficient, transparent, accurate, secure and business-friendly.” The deadline for submissions is set for June 21.

The solicitation notice includes a plethora of areas these blockchain solutions could aim to cover, including licensing, antifraud, contracts, medical marijuana, and crowdsourcing — but emphasizes several times that the nature of project proposals left intentionally open to encourage innovation.

Proposals will reportedly be reviewed and graded on a point system according to the following criteria, which are further explained in the document: 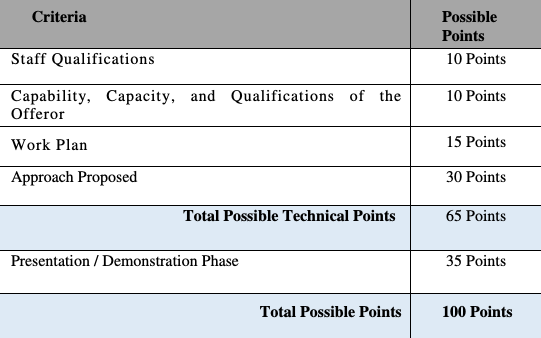 The technical proposal needs to be assigned at least 50 points by graders from the technical evaluation committee in order to move on to the demonstration/proof of concept interview and cost proposal required thereafter.

At the end of February, Rhode Island representatives introduced a bill that seeks to exclude blockchain tokens from extant state securities laws via amendments to the Rhode Island Securities Act. The bill specifies that this would only apply to non-utility tokens, i.e. tokens used for a “consumptive purpose.”