Major United States-based crypto exchange and wallet service Coinbase is allegedly not letting some users withdraw more than $10 per day.

Major United States-based cryptocurrency exchange and wallet service Coinbase is allegedly not letting some users withdraw more than $10 per day.

On Feb. 2, a Redditor and self-described Coinbase user reported that Coinbase had put a $10 daily withdrawal limit for some users. The Reddit user, with handle Unholy_Crab1, claims that his subsequent application for higher withdrawal limits was denied by Coinbase.

The Redditor has also shared a purported screenshot which shows that the maximum amount of daily withdrawal from Coinbase in Bitcoin was $10 for his account. 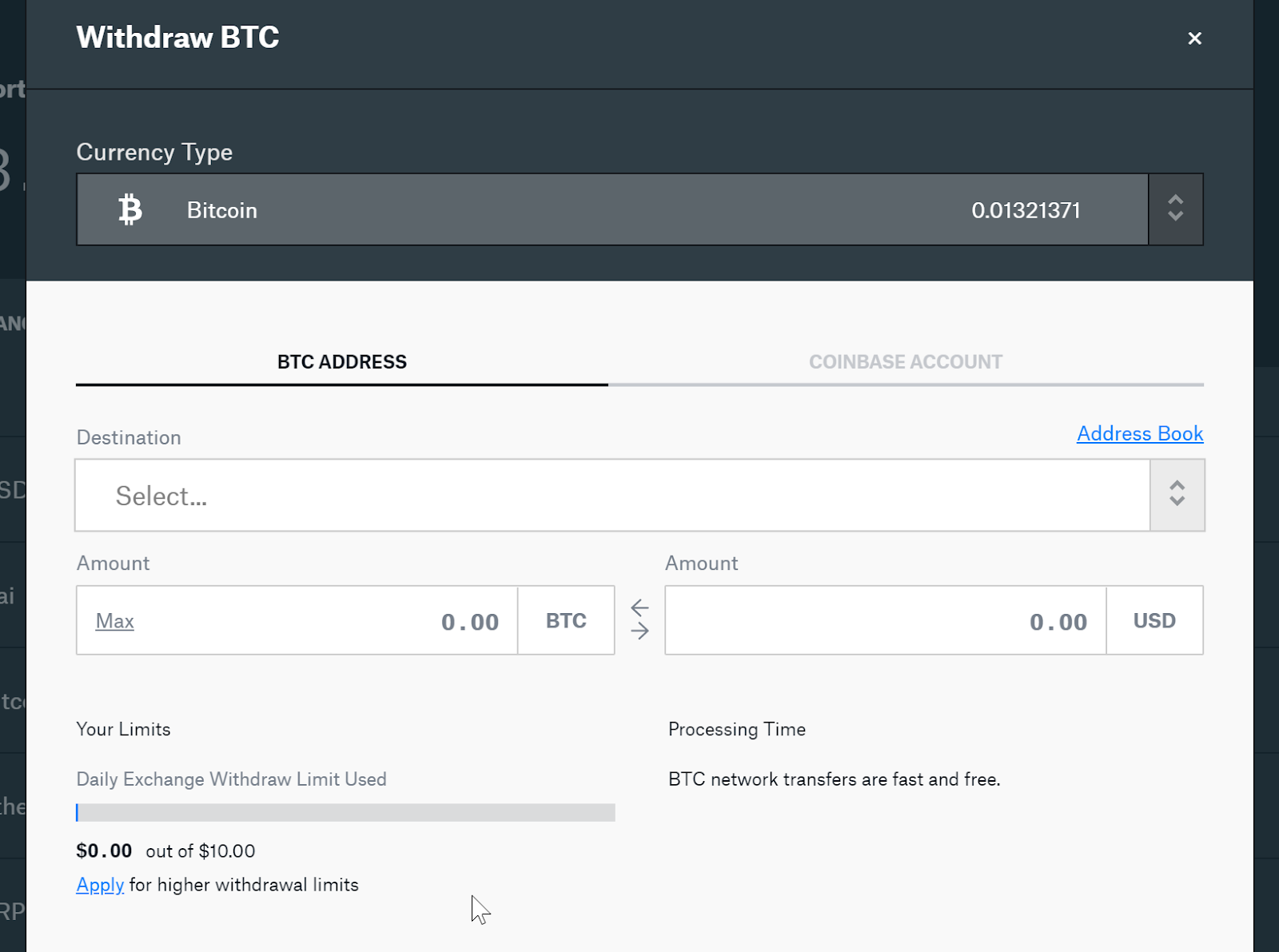 As of press time, the complaint thread has amassed over 40 comments, with the majority of Redditors expressing skepticism over Coinbase’s services so far. As such, some users in the thread expressed expectations that Coinbase would enforce more similar restrictions if crypto prices cross all-time high thresholds. Others suggested that a $10 daily withdrawal limit is a “literal scam amount,” while some users also noted that Coinbase is “about the only option for U.S.-based persons.”

Cointelegraph asked Coinbase to provide an official statement on the matter but did not receive an immediate response. This story will be updated should they respond.

Headquartered in San Francisco, Coinbase has emerged as one of the most popular digital asset platforms in the U.S., with services it describes as being available in more than 100 countries to date. The news on the alleged daily withdrawal limit by Coinbase comes amidst a recently announced joint initiative of Coinbase and Ripple to drive blockchain and crypto adoption in the United States.

On Jan. 23, Coinbase executive Rachel Nelson, together with Ripple exec Breanne Madigan announced the formation of the Market Integrity Working Group, which aims to “improve market integrity and provide consumers the confidence they deserve.”

Coinbase is not the sole crypto exchange that has been facing withdrawal-related complaints on Reddit recently though. Last week, Cointelegaph reported on popular Finnish crypto exchange LocalBitcoins allegedly quietly suspending user accounts, with some users reporting that they have to wait for at least 14 days to delete their accounts in order to withdraw their Bitcoin.