Over 200,000 South Koreans have signed the petition to save ‘the happy dream’ of Bitcoin. The government is now expected to respond. 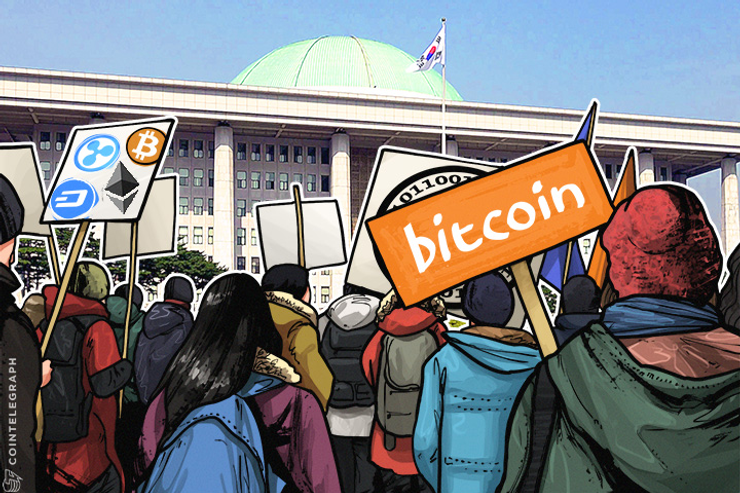 Tuesday morning, Jan. 16, a South Korean petition against the regulation of virtual currency reached the amount of signatures required to compel a response from the government.

The online petition calling the government to reconsider its stance on cryptocurrency regulation was started on the website of the South Korean presidential office on Dec. 28.

On January 16, the petition obtained more than 212,700 signatures. According to the website of the presidential office, the minimum required for a government response is 200,000, thus officials are expected to react to the requests listed in the petition in the next 30 days.

The petition asks the government to renounce proposed trading regulations that would ruin “a happy dream” that has been enabled by digital currencies.

Worried about a ‘cryptocurrency obsession’ in the country, the South Korean government started considering a range of regulatory measures for crypto.

Some of the proposed regulations include banning anonymous virtual trading accounts, forbidding underaged investors and foreigners from investing in Bitcoin and other cryptocurrencies on the Korean market, and even banning cryptocurrency trading outright.

Cryptocurrency investing has become especially popular among South Korean youth since the country’s economic situation is notably hard for the young population. According to Quartz, the youth unemployment hit an all-time high rate of 12.5% in February 2017, compared to the average overall unemployment rate of 4.2%.

Overall, the stance of the South Korean government towards cryptocurrency regulation has been contradictory during the last month, made particularly confusing by the Justice Minister’s informal proposal of a <a href="https://cointelegra