Leading Swiss bank UBS has announced that it will open up a lab to study blockchain technology in London; Bitcoin April Fools Day Joke roundup; and more top stories for April 2.

883 Total views
Own this piece of history

Leading Swiss bank UBS has announced that it will open up a lab to study blockchain technology in London; Bitcoin April Fools Day Joke roundup; and more top stories for April 2.

UBS to open London technology lab to study the blockchain

Continuing the trend for major financial institutions beginning to take an interest in the new FinTech sector, Swiss bank UBS is opening a London technology lab focused on how the blockchain could make financial transactions cheaper and faster. The announcement comes after UK Chancellor of the Exchequer George Osborne promised UK£10 million in research funding for digital currency projects.

“Fostering an open and collaborative environment between banks, start-ups and the investor community is essential to ensure we focus on promoting synergies between us, accelerate innovation opportunities and create real value for the industry.”

Once again celebrating the international day of fooling around, the cryptocurrency community worked hard yesterday for 1 April pranks. From Bitpay's and Cointelegraph’s collaborative proposal to power mining rigs through regenerative braking to ChangeTips dollar scanner/shredder iPhone case, many companies got involved. Cointelegraph also joined the fun with a half serious, half bizarre Digest yesterday reporting a spat between Kim Kardashian and Kim Jong-Un over KimCoin, and the news that Ben Lawsky had revoked the Bitlicense and gotten really into Bitcoin. Even the NASDAQ sent out a Bitcoin fools joke:

“New York Councilman Mark Levine, the bill's sponsor there, said he saw accepting Bitcoin as a way to save Gotham a lot of money. "It started with realizing how much money the city of New York is losing on transaction fees on credit cards, ultimately it's several million a year because of all sorts of fees and fines," Levine told CoinDesk last month.”

A new executive order from the Barack Obama has given US authorities the ability to seize cryptocurrency holdings without prior notice. Citing a need to move fast to prevent a threat to “national security,” the order cites that the funding of threatening individuals or groups overseas as a just-cause for the decision.

“The document, ‘Blocking the Property of Certain Persons Engaging in Significant Malicious Cyber-Enabled Activities,’ which surfaced Wednesday, states that the measures are needed to counteract “an unusual and extraordinary threat to the national security” posed by “cyber-enabled activities originating from, or directed by persons located, in whole or in substantial part, outside the United States.” 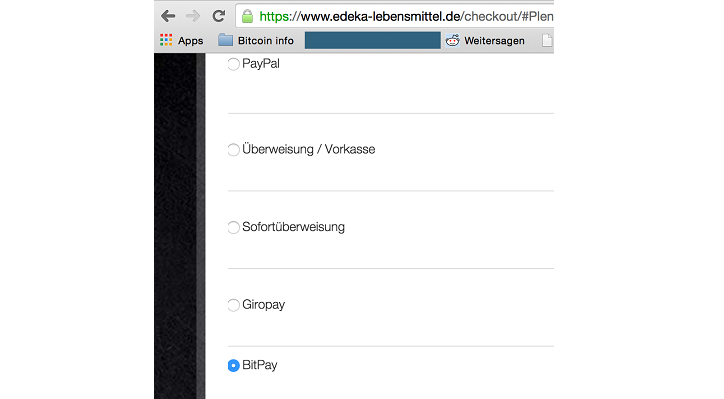 Taking to twitter, Mark Karpeles the CEO of failed exchange Mt. Gox has published emails sent from the undercover DEA agent Carl Force who has now been indicted for theft and fraud during the Silk Road trial. The emails show Force trying to exchange large sums of bitcoin, and offering to be Karpeles' US partner. The day Mt. Gox had US$5 million seized by the US authorities, Force's chilling email reads “told you should have partnered with me!”

Coinbase has implemented a new way for European customers who have bank accounts with one of nine European high-street banks to buy bitcoins. The new IDEAL payment platform allows these users to purchase their bitcoins via direct bank transfer using their normal financial service provider.

“We’re excited to announce support for iDEAL, a popular payment method in the Netherlands, for buying bitcoin on Coinbase. To get started visit your accounts page, click on your EUR wallet (if you have one), and then click ‘Deposit.’”

Now accepting Bitcoin for all purchases on the site, e-retail leader Rakuten has launched a “$30 off $100” promotion to celebrate the news. The move means that US customers are now able to purchase from the world's largest e-commerce site by sales, using multi-signature secured BTC payments.

“Bitcoin Offer: $30 off an order of $100 or more when you make payment and complete purchase using Bitcoin. Requires customers to activate the offer by opting-in via promo code “BITCOIN.” Valid 4/1/14 through 4/8/14 only or while supplies last. Limit one time per customer per household.”

Citing a “mutual decision” between the event organizers and three year signed-on sponsor Bitpay, the 2015 St. Petersburg bowl football match will drop Bitcoin from its title. Previously called the 2014 Bitcoin St Petersburg Bowl, the football event will now look for a new backer.

Gem raises additional US$1.3 million in Series A funding

Following a US$2 million seed funding round back in September 2014, Bitcoin integration team Gem has announced raising an additional US$1.3 million in Series-A funding. The start-up seeks to make integrating Bitcoin into websites and app services easier with an easy-to-use set of developer API tools with enhanced security.

“We’ve been speaking a lot with our beta customers, and they’ve told us repeatedly that our API has freed up their development resources to focus on building experiences their customers love. They also feel they can sleep better at night knowing their customers’ bitcoins are safe,” said Micah Winkelspecht, Gem CEO and Founder. “They feel empowered, and that was our goal.”