Tencent Admits Facebook’s Libra Is a Threat to WeChat Pay

Facebook’s Libra stablecoin would be a serious threat to WeChat Pay, the payment service’s parent company Tencent admitted in a recent blockchain whitepaper. 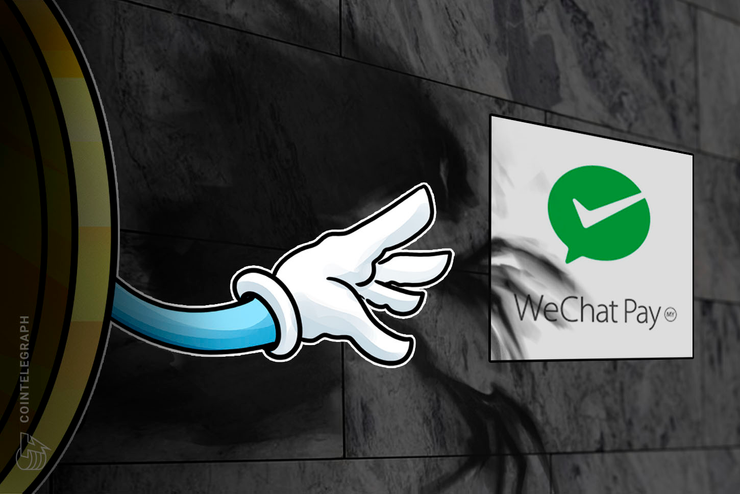 Facebook’s Libra stablecoin would be a serious threat to WeChat Pay, the payment service’s parent company Tencent admitted in a recent blockchain whitepaper.

Asian news outlet EjinSight reported on Oct. 24 that in the document Tencent acknowledges that international expansion of Chinese mobile payments offerings would be threatened if Libra launched.

In the newly released whitepaper, Tencent illustrated the effectiveness of Libra’s expansion strategy:

“It’s a safe play resorting to the strategy of ‘encircling the cities from the rural areas,’ in which Libra coin could quickly enter markets with underdeveloped financial infrastructure, especially those that do not have a credible local currency of their own before it sets its foot in developed markets.”

Libra would be a push forward

Tencent notes that — if launched — there is no doubt that Libra will have a significant impact on the payments industry and finance in general. Though, the Chinese multinational conglomerate does not explain how it plans to react if Facebook’s stablecoin will be launched.

Tencent also claims that tokenization can decrease the costs of financing, research and development, governance and user base expansion, as well as force fintech to innovate. Still, the company also believes that a well-developed regulatory framework is needed to ensure a healthy market.

During the hearing, Zuckerberg argued that despite being “risky,” the Libra project could serve to counter the potential threat of China’s proposed digital currency.