Bitcoin (BTC) is heading for a bullish start to another week’s trading after shrugging off lower levels to hit $11,700.

Cointelegraph takes a look at five things that could shape price performance in the coming days after BTC/USD saw little impact from both the Fed and futures settlements last week.

In a classic continuation of the eerie post-coronavirus setup, stock markets are headed even higher on Monday.

Despite the difficulties faced by many after months of sporadic coronavirus lockdowns and associated economic hardship, large-cap stocks around the world are showing no signs of bearishness.

The Dow Jones made brisk progress before moving slightly lower towards the end of trading, up 0.5% on the day. In the United States, S&P 500 futures were also up modestly at 0.3% as of press time.

The progress comes as geopolitical tensions also fester, with the U.S. and China sparring over issues such as Washington’s planned enforced sale of social media platform TikTok.

Speaking to Bloomberg, however, one analyst sounded more like a Bitcoin bull when describing the outlook for equities.

“I can’t see what’s going to change people’s perspective on why we should stop buying,” Randy Frederick, vice president of trading and derivatives at U.S. multinational financial services giant Charles Schwab told the publication on Saturday.

“If we continue to buy and we have a few more pullbacks, which I think is likely, people will just continue to jump in and buy those dips.” 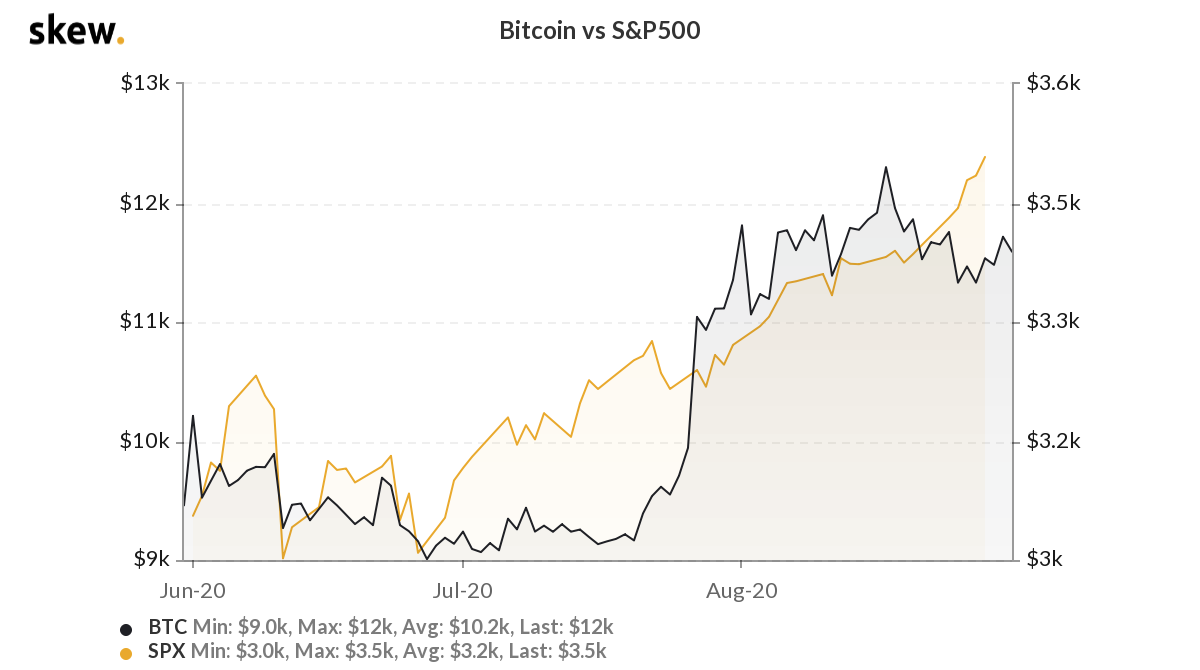 After most macro assets saw losses on the back of the Fed speech on Thursday, Bitcoin has nonetheless managed a conspicuous turnaround. Since the speech, BTC/USD is up by over 4.2%.

The same is true for safe-haven gold, which also recovered over the weekend. Curiously, the U.S. dollar currency index, or DXY, which plumbed two-year lows after Thursday, has also bounced back — analysts continue to eye inverse correlation between the two assets.

At publication time, Bitcoin circled $11,600, having reached $11,720 in an early morning rally. Despite the broad push forward post-Fed, the consensus among Bitcoin commentators remains that long-term policy will drive interest in hedges against the dollar.

“Powell’s speech is as much about employment as it is inflation. The Fed wants full and healthy employment and are expanding the ways they look at it,” Galaxy Digital CEO Mike Novogratz tweeted.

Should DXY action continue to continue its inverse relationship with Bitcoin, the largest cryptocurrency may get a further boost sooner rather than later.

“The dollar has far more room to fall than almost anyone thinks,” gold bug Peter Schiff summarized, pointing to another Bloomberg piece in which investment company Pimco warned that the dollar’s fall was just getting started. 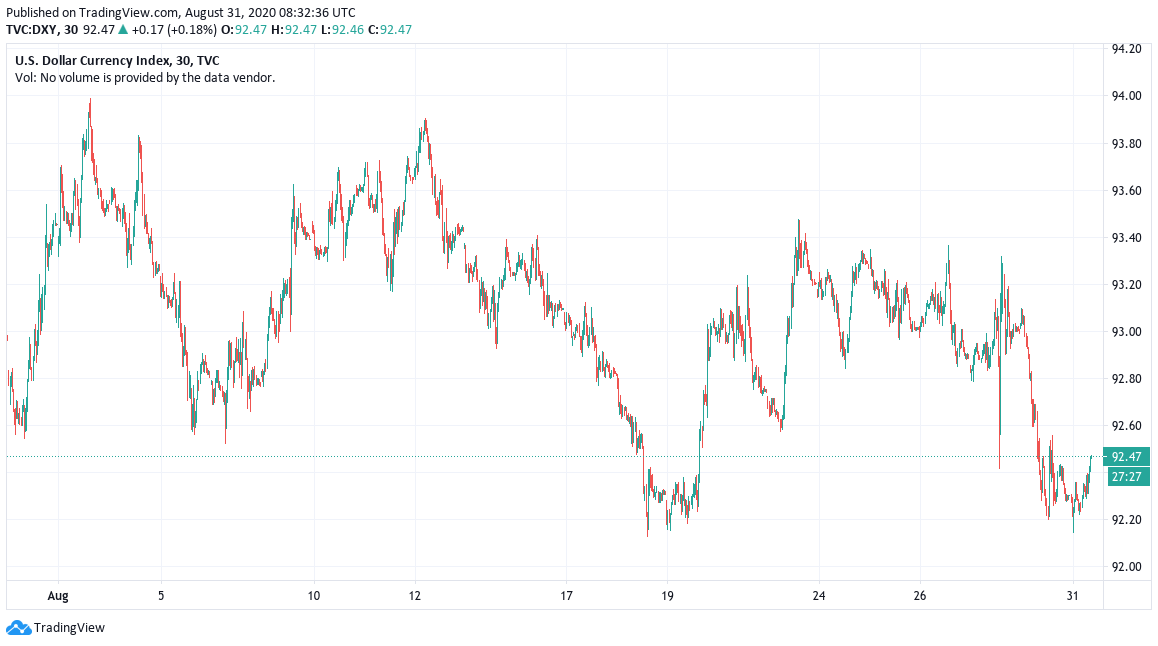 Back within Bitcoin and the return of a CME Group Bitcoin futures gap greets traders on Monday.

That will cause little interest, however, as a more significant interplay with a lower gap remains more of a topic of interest. Located at around $9,700, bets remain that that price will form a short-term price target for BTC/USD.

As Cointelegraph reported, futures “gaps” have historically functioned as reliable indicators of market direction, but the time taken to “fill” them can vary significantly. 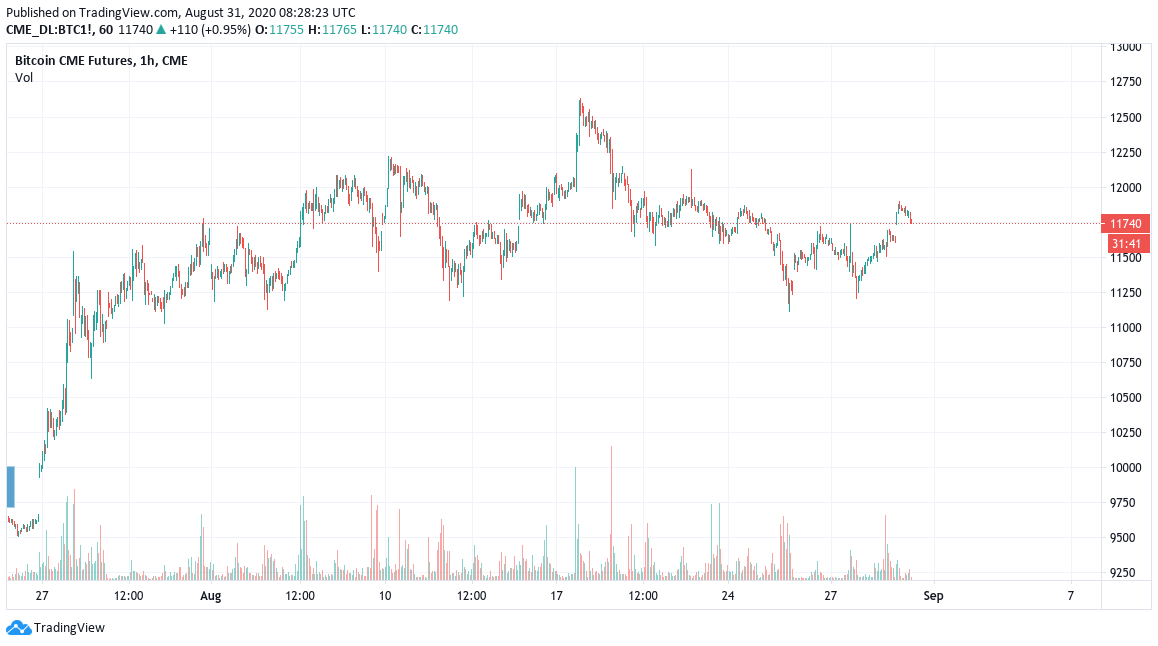 Bitcoin hash rate is staging a fresh comeback after a slight correction this month — data shows seven-day average values back over 125 exahashes per second (EH/s).

The Hash rate represents the computing power dedicated to validating the Bitcoin blockchain by miners. The metric is impossible to measure exactly, but hash rate numbers allow for a rough idea of miner sentiment. 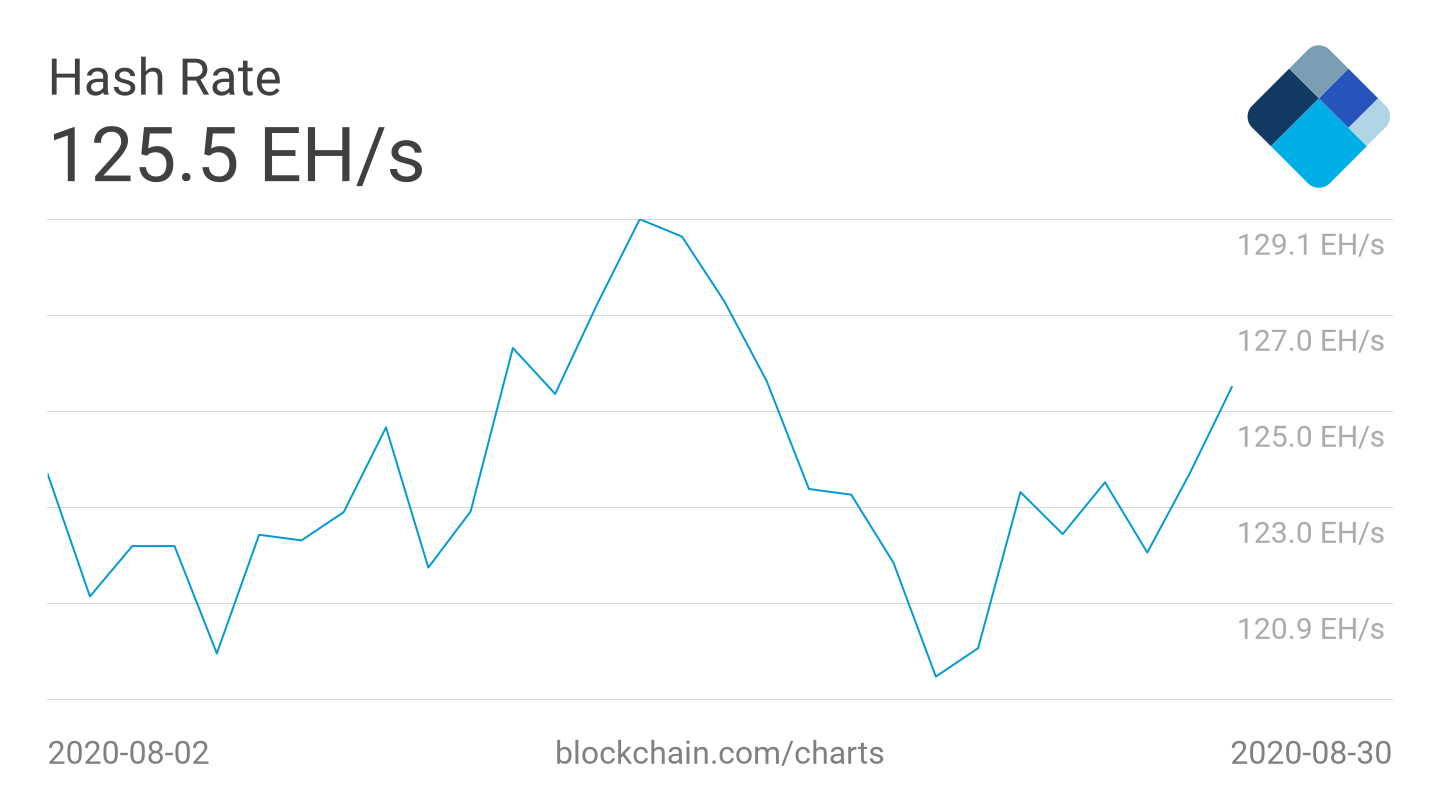 Responding, Saifedean Ammous, the author of “The Bitcoin Standard,” argued that even freak events that wipe out mining hardware would not cause a headache for market participants more broadly.

“In my mind, the destruction of miners would make mining more profitable for other miners,” he wrote in Twitter comments.

“It would only affect the price to the extent it forces miners to sell more than they otherwise would, which I don't imagine to be a very strong effect.”

As Bitcoin heads closer to $12,000, investor sentiment may yet see a return to the “extreme greed,” which itself warns a sell-off is incoming.

The Crypto Fear & Greed Index, which challenged its highest reading on record this month, is still lingering in the upper quadrant of its scale — 75/100 on Monday.

When BTC/USD hit $12,500, readings of 84/100 appeared, which according to the Index’s creators means a correction is likely.

The Index has not been out of the “greed” zone since the end of July.