Top 10 Coins More Correlated Than Ever, but Decoupling From Gold

Since Black Thursday, Bitcoin’s correlation with other cryptocurrencies has reached unprecedented heights, while turning negative with gold.

9239 Total views
86 Total shares
Listen to article
0:00
News
Own this piece of history

Black Thursday has triggered two new trends in Bitcoin’s relationship with other cryptocurrencies and gold. 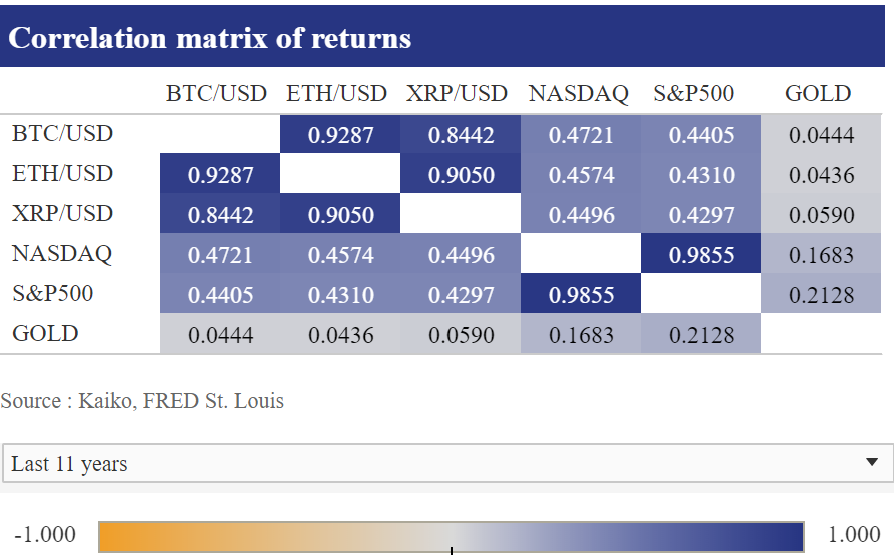 Furthermore, examining the latest ten-day period, we observe that Bitcoin’s negative correlation with gold has grown further in strength and has turned negative with NASDAQ and S&P 500. 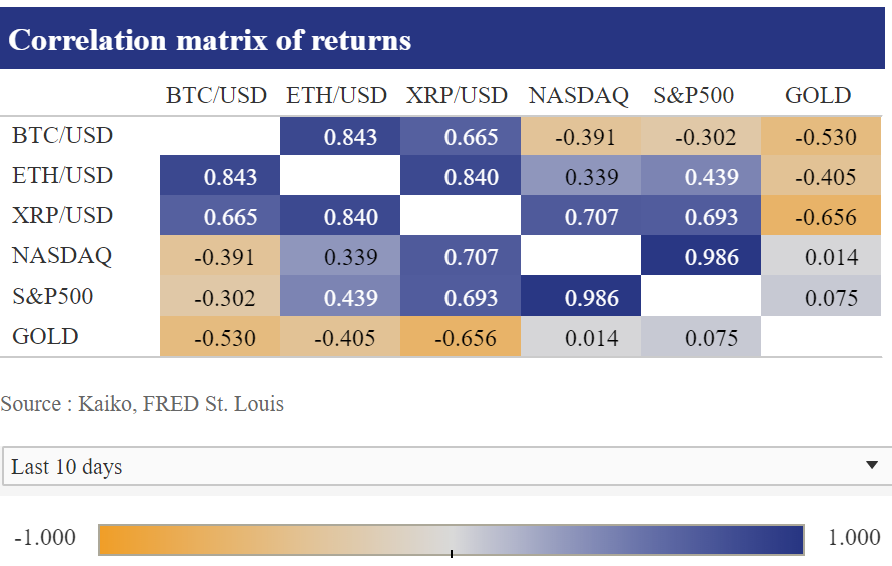 The reasoning behind this increase in correlation between Bitcoin and other top currencies could be due to the general anxiety and uncertainty brought on by the pandemic and the economic crisis that followed. When it comes to the crypto market, there is additional uncertainty in view of the impending halving of the Bitcoin block reward and its effect on the Bitcoin price.

It seems likely that we will not see any major changes in the two new trends that emerged out of the Black Thursday until very close to the halving — or even past the halving — barring major unforeseeable events.