The overall cryptocurrency market cap has crossed $700 bln, with increases in altcoins and record lows in BTC dominance.

82958 Total views
648 Total shares
Own this piece of history 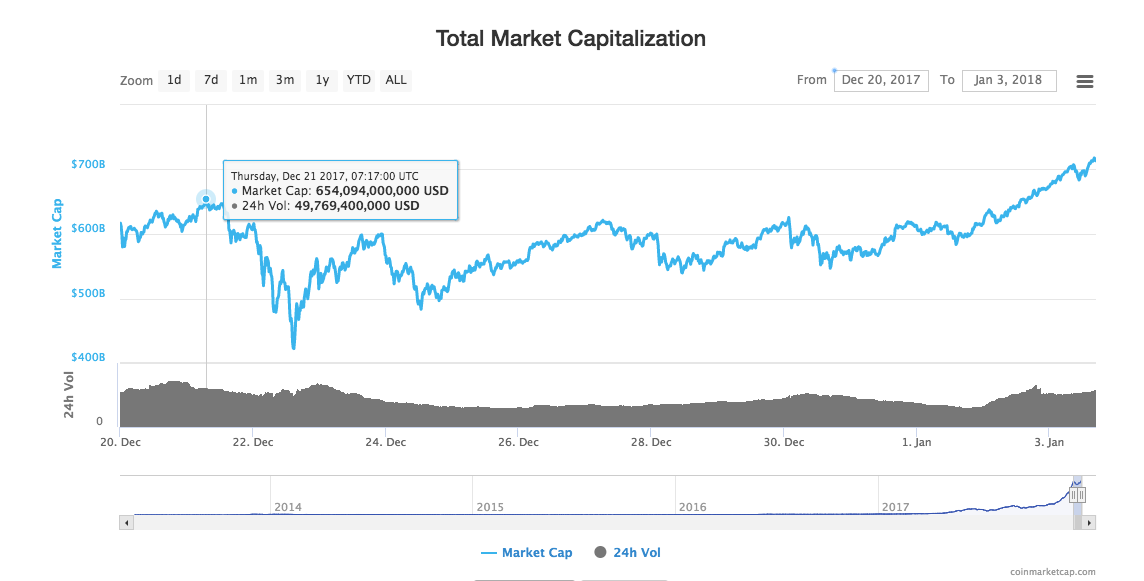 The major growth in overall market cap has largely been spurred on by recent rises in altcoins. The demand for Bitcoin (BTC) has been waning recently, moving prices lower in the weeks leading up to Christmas.

Bitcoin dropped as low as $11,833 on December 22. The leading cryptocurrency rallied back up just a day later, but was followed by a week of volatility.

Yesterday, however, the coin got a boost after news that Peter Thiel’s San Francisco-based venture capital firm had made substantial investments in the leading cryptocurrency, propelling prices back up over the $15,000 mark.

Overall dominance of Bitcoin among all cryptocurrencies has decreased to all time lows, reaching 34.97 percent on Tuesday. 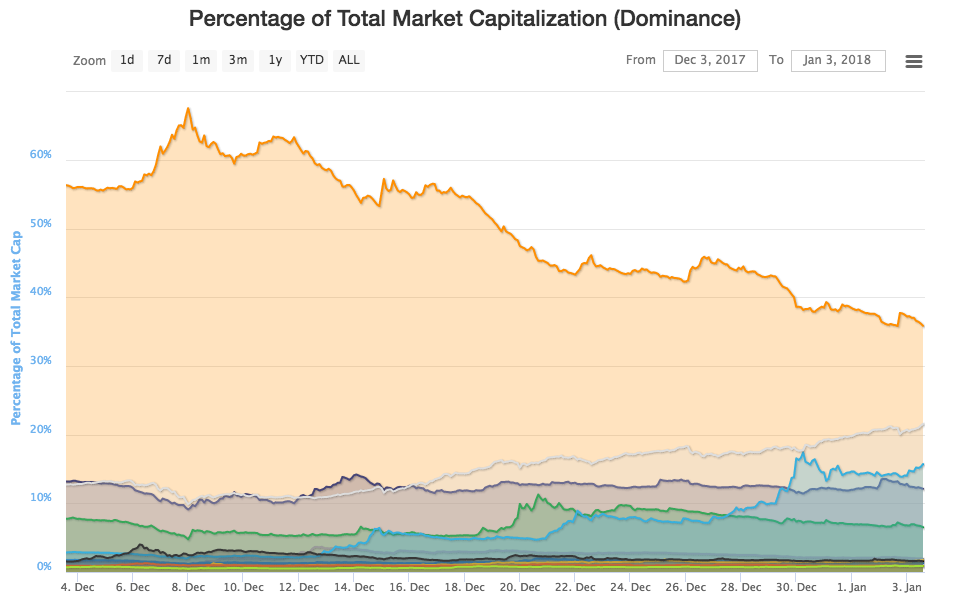 This dominance shift has followed massive price increases by altcoins such as Ripple, Ether, and Stellar, as well as lesser-known Tron, all of which have posted more than 20 percent gains over the past week.

Ripple in particular has seen a huge market cap growth, with the cryptocurrency moving into second position behind the dominant Bitcoin. The increase in value was largely the result of increased demand on the South Korean market.