US Air Force Steps Up Blockchain Use: What Else Is the Pentagon Up To?

New blockchain-based initiatives from the US Air Force have Cointelegraph looking at prospects for the technology throughout US defense agencies.

In light of recent announcements of US Air Force funding for blockchain technology, we examine applications throughout US defense 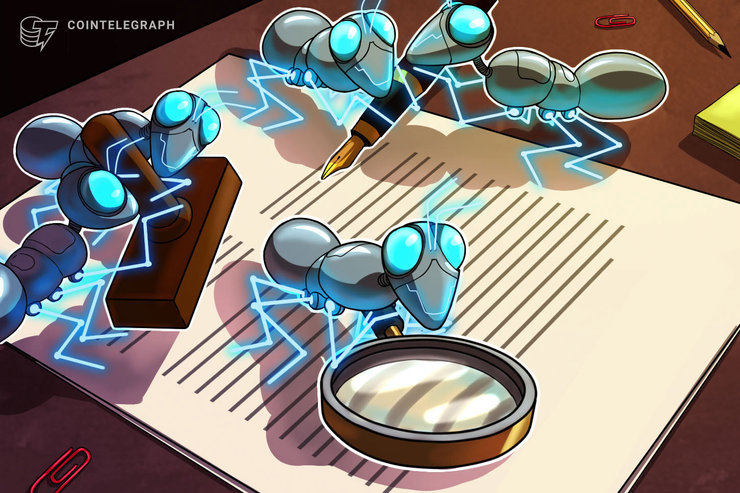 Judging by these developments, the U.S. Air Force is looking seriously at new tech to shore up supply chains and rearrange data. Simba Chain has reportedly been tasked with prototyping a blockchain approach for the registration and tracking of additive manufacturing — also known as 3D printing — components throughout their lifecycles. Meanwhile, according to the original press release:

“Constellation's technology will help securely unlock traditionally siloed and non-accessible data and data sources. This is commonly referred to as Multi-Domain Command and Control (MDC2) at the U.S. Air Force.”

According to Constellation, the Air Force expects the company to facilitate the various fleets — drones, planes, satellites — that the branch is responsible for.

Simba Chain, meanwhile, is itself an initiative founded in 2017 with a grant from the Defense Advanced Research Projects Agency (DARPA) to the University of Notre Dame, originally to facilitate an unhackable communication platform.

The Air Force is not alone in delving deeper into blockchain technologies.

The branch’s needs share much in common the U.S. military more broadly. Namely, massive data processing and vast backlogs of contracts facilitating diverse supply chains delivering everything from Tomahawk missiles to tweezers — all of which demand vital security precautions. Consequently, the broader U.S. Department of Defense (DoD) has been looking seriously at a range of blockchain technologies for increased security applications.

Last month, Cointelegraph reported on the DoD’s newly announced four-year plan, in which the department put forward the prospect of a “Block Chain Cybersecurity Shield.” Named uses for the technology included:

“Facilitating communication between units and headquarters, and transmitting information between intelligence officers and the Pentagon. DARPA also has been trying to develop an unhackable code — which blockchain could facilitate — because the technology offers intelligence on hackers who try to break into secure databases.”

Back in March, the White House’s budget request for 2020 mentioned similar concerns while asking for $9.6 billion to fund DoD cybersecurity initiatives, citing:

The DoD’s recent four-year plan did not explicitly mention the breadth of supply chain applications that companies like Simba Chain may be working on for the Air Force, but cybersecurity needs are evolving.

In a report from 2017 on blockchain tech, Washington-based think tank the Foundation for the Defense of Democracies focused on the need to preserve the “National Security Industrial Base,” illustrating the emergence of a:

“National security challenge related to the globalization of manufacturing supply chains is the phenomenon of attacks in which substandard, counterfeit, or maliciously-modified electronic components are introduced into the hardware on which the national security industrial base (the “NSIB”) operates.”

The famous case of the 2019 National Defense Authorization Act and its ban on Huawei’s electronics is an eye-catching example of the need to be certain of a supply chain, invoking as it did the threat of a foreign power using planted hardware to hack U.S. defense agencies.

But while cybersecurity is an evocative word, likely to attract funding, some of the military’s supply chain needs are as simple as cost. Back in June of this year, Booz Allen Hamilton, one of the largest government contractors in the U.S., reviewed prospects for incorporating blockchain into federal agencies.

Among Booz Allen’s recommendations for the DoD was distributing 3D printers to deployed units and then putting 3D plans for various hardware and parts onto the blockchain to save on the expense of manufacturing those parts in the U.S. and then shipping them — much like what Simba Chain is proposing to do for the Air Force.

Contracts may be a more mundane concern and therefore often removed from the military’s PR, but they are obviously critical. According to the U.S. Government Accountability Office, in 2018, the Air Force spent $71.3 billion on contractors within the DoD’s overall $358.3 billion contractor budget.

The DoD depends on a truly global supply network, spanning borders and languages. At the same time, the Pentagon is prone to levels of bureaucratic waste that are the stuff of legend, constituting $125 billion over five years according to a buried internal report from the beginning of 2015. The report’s primary recommendations for savings? Cutting back on contractors, streamlining IT and encouraging earlier retirement.

It is conceivable that blockchain in the military — in the form of Simba’s recently launched smart contract-as-a-service platform or something similar — may end up having the greatest ramifications in the least exciting of applications — the office rather than the battlefield. For now, however, that remains speculation.