The U.S. SEC imposes a $250,000 penalty against Blockchain of Things for conducting an unregistered ICO.

The U.S. SEC imposes a $250,000 penalty against Blockchain of Things, which may also have to refund up to $13 million netted in unregistered ICO 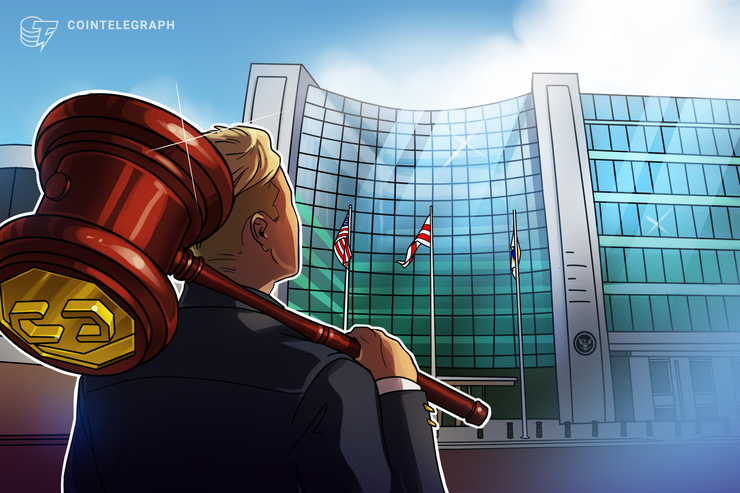 On Dec. 18, the SEC announced in a press release that the charges were settled in the form of an order that requires BCOT to cease and desist from committing any violation of the registration provisions of the federal securities laws. The blockchain company also agreed to pay a $250,000 penalty, without admitting or denying the findings.

According to the SEC’s order, BCOT raised nearly $13 million while conducting an unregistered ICO to develop and implement a blockchain-based platform that allowed for third-party developers to build applications for message transmission, digital asset generation, and digital asset transfer.

BCOT will need to return the $13 million in raised funds “to those investors who purchased tokens in the ICO and request a return of the funds.” How many investors will make such a request remains to be seen. BCOT tokens are not currently trading on major exchanges.

The SEC further explained that the company will also “register its tokens as securities pursuant to the Securities Exchange Act of 1934 and will file required periodic reports with the Commission.”

The SEC found that BCOT failed to register its ICO in accordance with federal securities laws, nor did it qualify for an exemption from registration requirements. Associate Director of the SEC’s Division of Enforcement Carolyn M. Welshhans explained:

“BCOT did not provide ICO investors with the information they were entitled to receive in connection with a securities offering. We will continue to consider appropriate remedies, such as those in today’s order, to provide investors with compensation and required information and to provide companies who conducted unregistered offerings with an opportunity to move forward in compliance with the federal securities laws.”

On Dec. 11, the U.S. SEC had charged Eran Eyal, Shopin’s founder, with orchestrating a fraudulent ICO. The SEC alleged that the businessman and his company defrauded hundreds of investors in an ICO that raised more than $42 million from August 2017 to April 2018.

Just one day later, Eyal pleaded guilty to felony charges for running a fraudulent initial coin offering that raised more than $42 million between August 2017 and April 2018. The court ordered Eyal to pay $125,000 in restitution and $475,000 in judgments to investors, and to surrender the remaining $450,000 in cryptocurrency to the AG’s Office.