Where Wall Street was once a united front in running the financials of America, and to an extent, the rest of the world, it is suffering a polarization as Bitcoin disrupts opinions.

As the digital currency keeps booming, investors, financial managers and major banking CEOs are finding themselves in different camps for different reasons.

The most recent championing move for Bitcoin has come from Goldman Sachs, a company that has slowly come around to the digital currency, as they are exploring a new trading platform that would be centered on trading Bitcoin and Ethereum.

However, JP Morgan is seemingly a little bi-polar for as their CEO threatens his employees if they are caught involved in Bitcoin, the same company had also been experimenting with the some of the infrastructure that underpins digital currencies - Blockchains.

Fidelity Investments have also taken a bold step for Wall Street as CEO Abigail Johnson, made cryptocurrency balances visible on the investment manager’s website for customers that hold an account with Coinbase.

Morgan Stanley seems to be on the side of Bitcoin as CEO James Gorman, said he saw Bitcoin as “certainly something more than just a fad.”

Jamie Dimon declared Bitcoin “a fraud” that would “eventually blow up.” the JP Morgan CEO and his thoughts on Bitcoin coincided with a ban of ICO’s in China and is said to be one of the catalyzing factors in the recent drop in price.

Recently immortalized in the movie, the Wolf of Wall Street, Jordan Belfort, has come out against the new-age currency. He agrees with Dimon’s assessment adding that his concerns also go into the security surrounding an online currency. 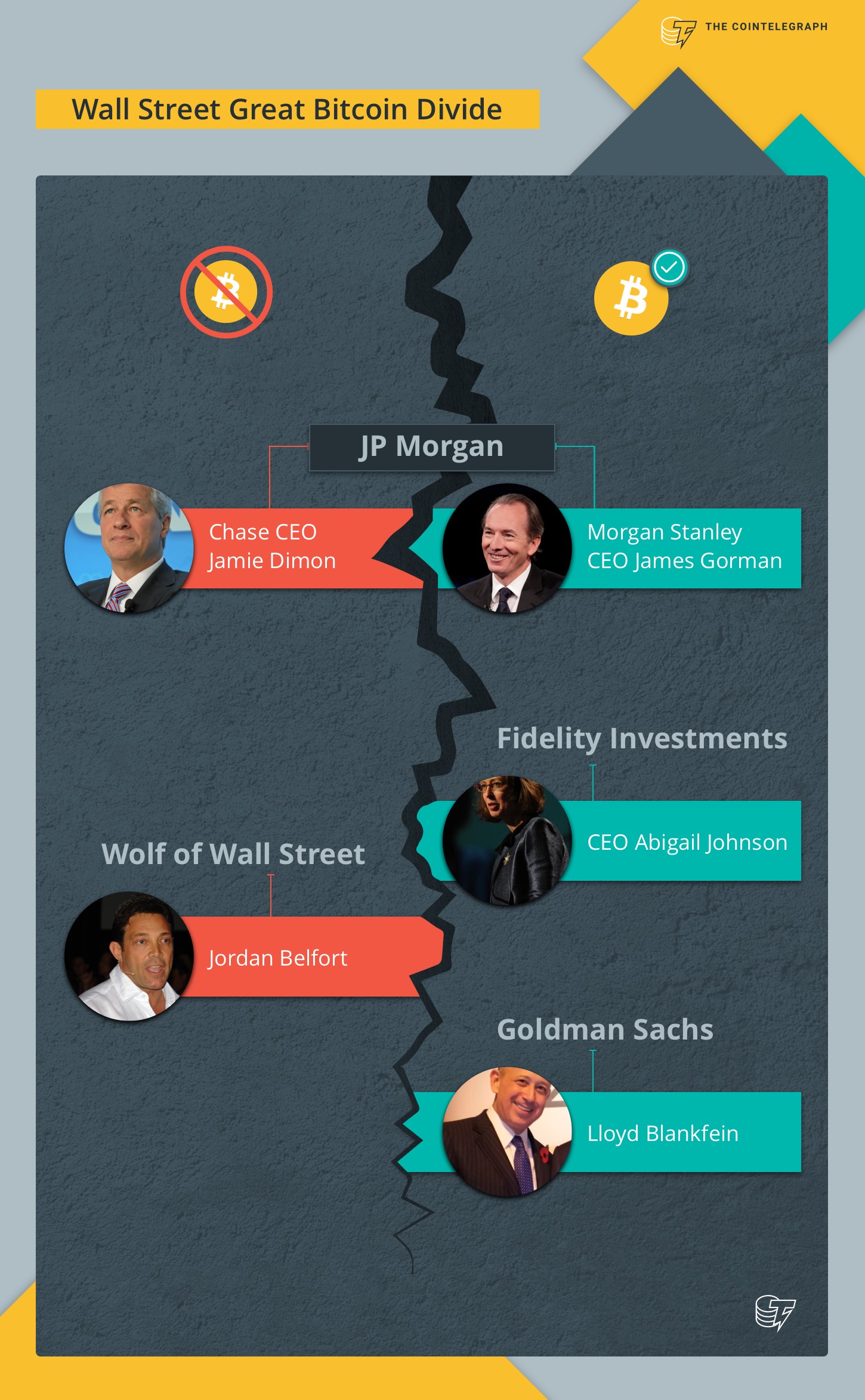