Why $11.5K Is the ‘Most Important’ Level for Bitcoin, Traders Explain

The price of Bitcoin is set for a weekly candle closure above $11,500 for the first time since August 2019.

The price of Bitcoin (BTC) is hovering at $11,300 and is nearing a pivotal technical level, which some traders are arguing makes $11,500 “the most important” level to confirm a new bull cycle for BTC.

A closure above $11,500 would break Bitcoin market structure

Meanwhile, traders are closely observing the upcoming weekly candle closure because many believe it could decide whether the bull market continues. Until BTC cleanly breaks out of $11,500, technically, there is strong overhead resistance. One pseudonymous trader said:

“11.5k is the most important level on Bitcoin.” 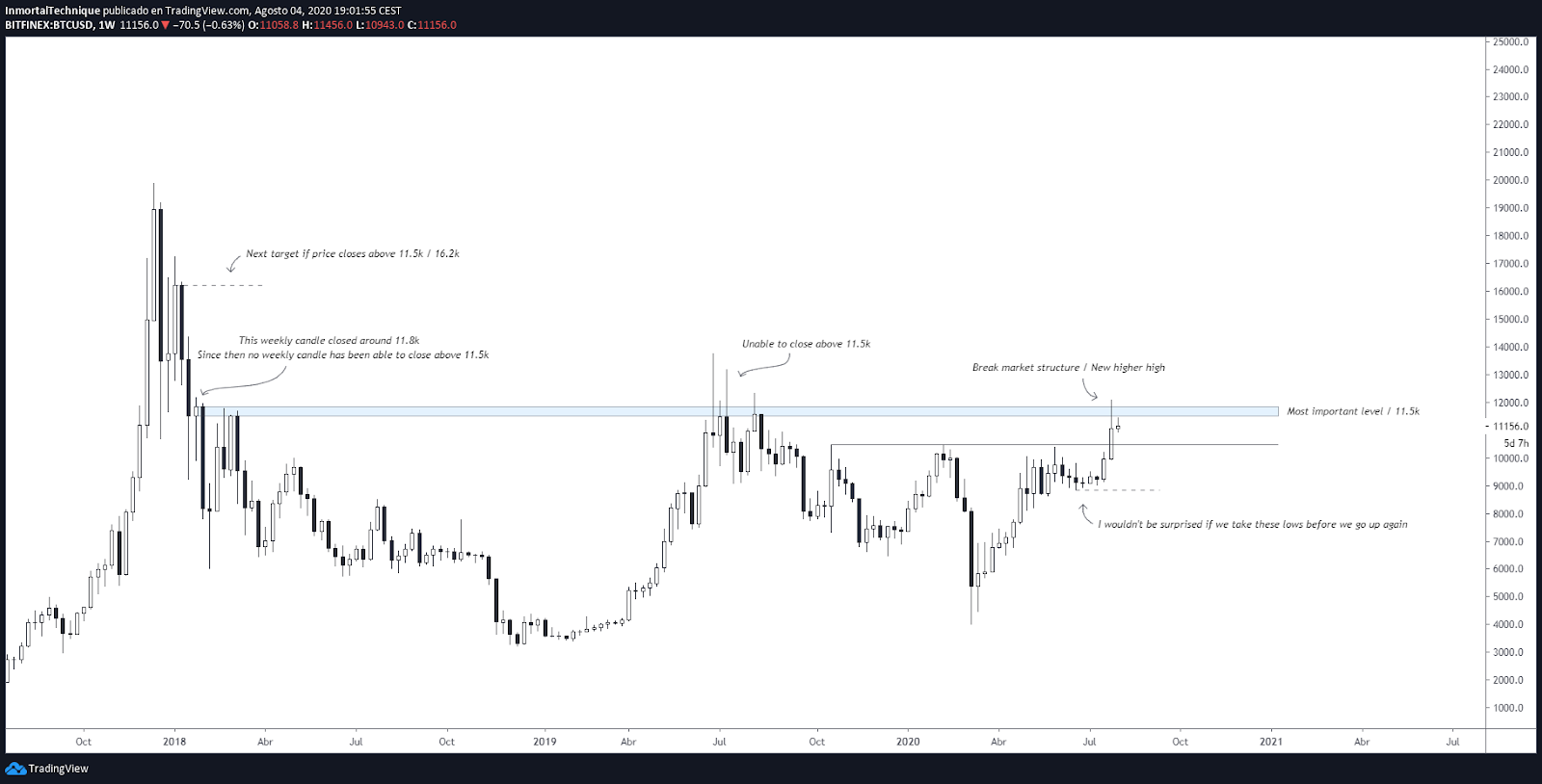 When the price of Bitcoin hit $12,000 on Aug. 2, some investors argued that BTC already broke its market structure. If so, BTC theoretically has room to surge to higher resistance levels at $14,000 and $17,000.

Sven Henrich, a trader at NorthmanTrader, believes Bitcoin could head toward $17,000. For the technical case for a prolonged rally to be intact, Henrich said BTC has to remain above $10,500.

“Firstly note that a breakout is bullish if it can be successfully defended, meaning as long as $BTC can remain above the breakout trend line it has significant technical room higher… But note that inside the larger wedge consolidation a potentially much more bullish pattern has emerged, that of a potential inverse which would point to near 17,000.” 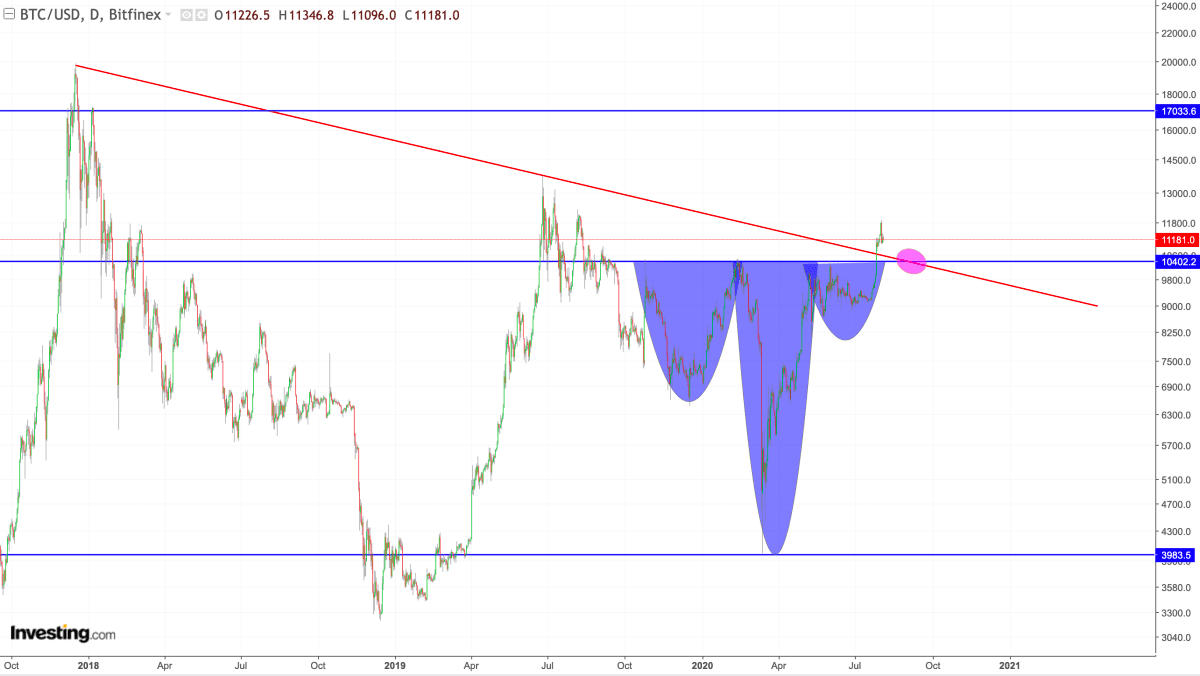 Variables for both bull and bear cases

In the near-term, analysts point toward various macro factors that could boost the sentiment around Bitcoin. Most notably, the value of the United States dollar is depreciating.

Overall, trading volumes across various markets, including retail and institutional, are increasing. For example, the open interest of the CME Bitcoin futures market has just hit a record high. Despite mass liquidations on Aug. 2, BTC has remained relatively stable above the key technical support level at $10,500.

While more factors seemingly buoy the bull case for Bitcoin, there are two risks BTC faces in the short term. First, until $12,000 clearly breaks, the risk of overhead resistance remains. Second, several technical metrics, including funding rates and greed index (currently at 75% or “greed”), hint at an overheated rally.

However, it is uncertain whether positive on-chain metrics, such as the number of “HODLers” reaching an all-time high, can offset potential risks. For now, until BTC’s weekly candle closes above $11,500, the market remains cautiously optimistic as attention shifts to the U.S. dollar and stocks.